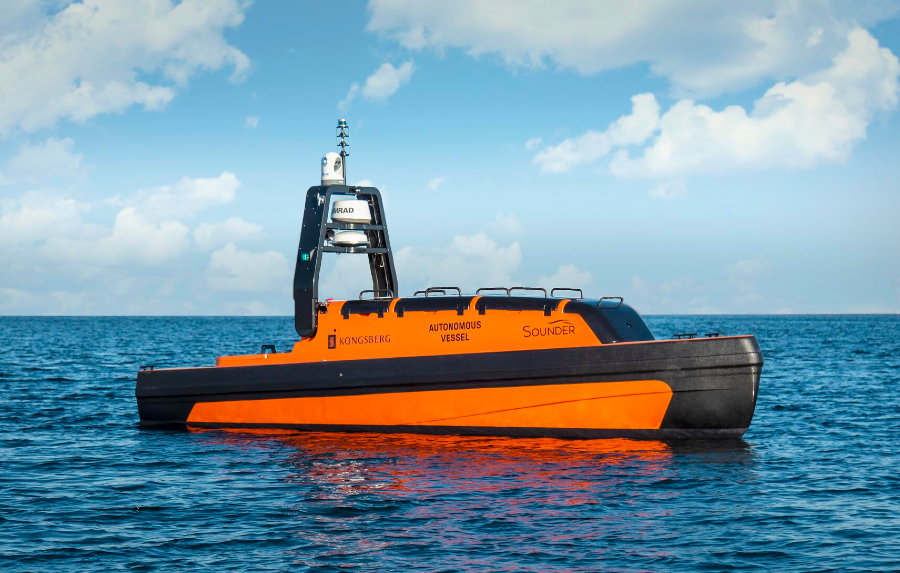 Frank Grebstad, Aker BioMarine’s Senior Vice President for Vessel Operations, said that the USV was acquired primarily to enable the company to reduce the fuel consumption of its harvesting and transport vessels when looking for krill in Antarctic waters. Specifically, the craft will be used to locate concentrations of krill beneath the frigid waters so that the vessels that have been tasked with gathering them will be able to sail along the most optimal routes, thereby keeping fuel consumption of the owner’s fleet as low as possible.

As part of the agreement between Kongsberg Maritime and Aker BioMarine, the companies will co-operate to further develop the USV, together with scientific advice from not-for-profit company REV Ocean. REV Ocean will provide scientific and technical advice for the project and will help identify ways to better utilise the data from the USV in large international scientific research programs.

The USV chosen by Aker BioMarine is designed for optimal performance of hydroacoustic sensors and systems and was built around a robust hull that was developed in cooperation with lifeboat manufacturer Viking Norsafe. The hull has a length of eight metres, a beam of 2.2 metres, a height of 4.4 metres with the mast raised, a draught of 0.7 metres, and a displacement of around 4.2 tonnes. 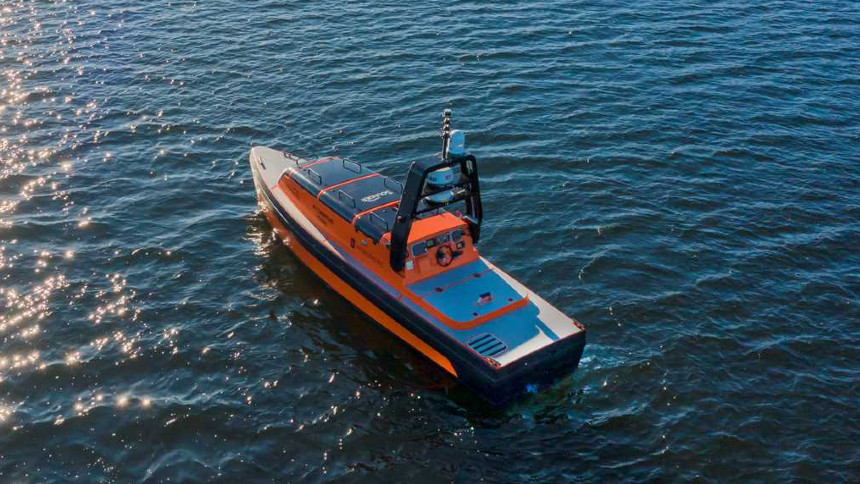 One Steyr diesel engine that produces 93 kW turns a fixed-pitch propeller to allow the craft to reach a maximum speed of 12 knots. However, a low cruising speed of four knots can yield a maximum endurance of 20 days, making the vessel ideal for extended krill detection missions in harsh environments that would otherwise place human crews at risk.

The USV can be remotely controlled from a shore station or a mothership through Kongsberg’s proprietary maritime broadband radio (MBR) or via satellite communications over greater distances. Additionally, situational awareness sensors – such as a Simrad radar and various camera systems – facilitate advanced mission autonomy, enabling the craft to be configured for navigating on its own under certain situations.

The USV may accommodate various combinations of Kongsberg-developed sensors such as those used for hydroacoustic mapping, positioning, communication, fish finding, and oceanographic research. This allows the craft to be used for other applications within the marine scientific research field in addition to its main role of krill harvest and data collection support.

All sensor payloads are primarily for installation in the USV’s moonpool, though with modifications, additional equipment may also be fitted in the keel and on the bow. The craft itself may be transported aboard a standard cargo container for ease of deployment.