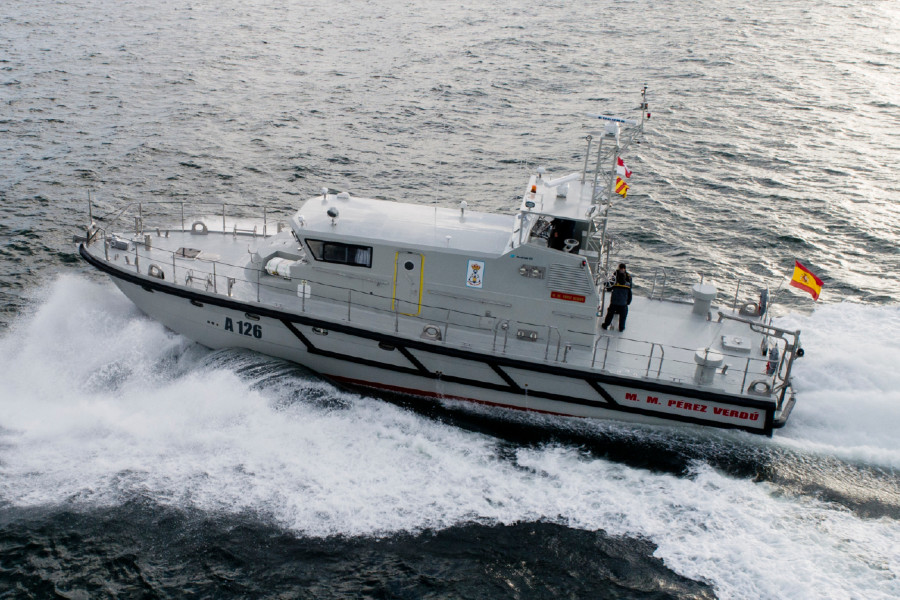 Named Bustelo Pavón and Pérez Verdú, the vessels are modified variants of a 20-metre Rodman design that was originally developed for coastal patrol and surveillance duties. The boats have thus retained the high degree of durability and seaworthiness of the original 20-metre design but have also been configured to be capable of providing an at-sea training environment for students at the La Graña Naval Station Graduate School for Specialisation (Escuela Especialidades de la Estacion Naval de la Graña; ESENGRA), an education and training school for all Spanish Navy personnel of non-commissioned officer rank and below.

“The navy required two new vessels to reinforce the existing ESENGRA training fleet,” Rodman Polyships told Baird Maritime. “The goal was to acquire newer vessels with the same performance and seaworthiness demonstrated by their existing vessels but were also capable of being adapted to new training and technology requirements.”

Each vessel has a displacement of 32 tonnes, an LOA of 20.5 metres, a moulded beam of 4.9 metres, and a draught of 0.9 metres. The hulls and decks are made of FRP and polymer composite, which the builder expects will help guarantee a minimum active life cycle of 20 years.

Each vessel is powered by a pair of Caterpillar C18 diesel engines with a total output of 1,066 kW at 2,100 rpm and that drive two fixed-pitch propellers via ZF 500A gearboxes and shaft lines. A maximum speed in excess of 20 knots was proven during trials, though the total fuel capacity of 6,000 litres will help ensure a range of 500 nautical miles for as long as an economic cruising speed of 15 knots is maintained.

The builder said that, to better prepare navy crews for actual operations out at sea, the vessels are equipped for nighttime sailings as well.

Each vessel is designed to be operated by 16 crewmembers who will be accommodated in six onboard cabins. 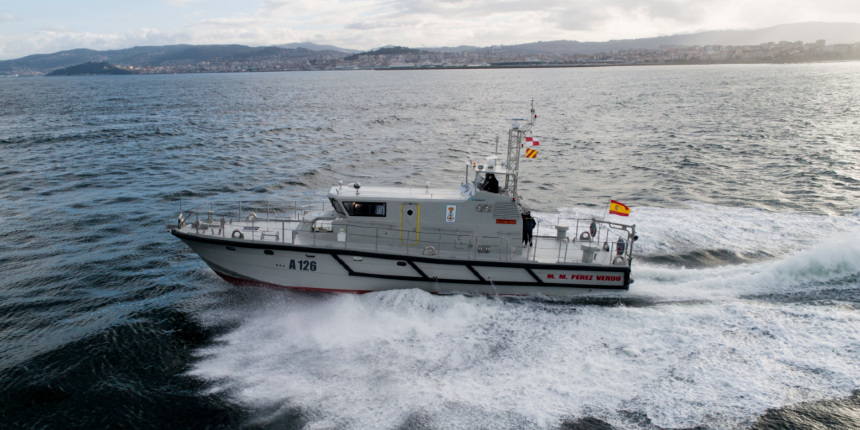 The builder added that the vessels’ design and construction are in compliance with the standards in the PECAL/AQAP 2110 certification, which covers NATO requirements for quality assurance in the construction of vessels for defence applications.

Rodman Polyships said the biggest challenge it faced was in developing new vessels that possessed the important features of their predecessors while making sure that they can be incorporated with new technologies the navy had deemed essential in the training of the next generation of ship’s crews.

“Fortunately,” Rodman Polyships told Baird Maritime, “we worked closely with the navy to identify the best possible solutions to satisfy their need for vessels that were capable of safe and reliable navigation in addition to providing a suitable onboard environment for training. We were also able to count on our prior experience from many of our earlier newbuilding projects wherein we explored as many opportunities as possible for further improvements to be made on already proven vessel designs.”

Many of the key improvements found on the newer vessels involved their electronics, which the builder said were deliberately chosen to provide trainees a better understanding of the wide array of equipment that they will encounter once they finally head out to sea on their first operational postings. The electronics suite therefore includes Furuno radars, GPS, AIS, plotters, GMDSS VHF radios, and loudhailers, Simrad bearing repeaters and analog repeaters, and a Jotron EPIRB and search and rescue transponder. Power for the electronics is supplied by a pair of Kohler 20kW generators.

The deck equipment on each boat also includes mooring machinery and towing bollards similar to those found on larger Spanish Navy vessels. The builder said these will provide crews with opportunities to practice some of the deck operations that are part of the normal life aboard a navy ship.

Lastly, each vessel has onboard space for a liferaft and a 3.2-metre tender.

Both Bustelo Pavón and Pérez Verdú were delivered in late 2020 and have since been sailing on training cruises along the Spanish coast out of the main ESENGRA base in Ferrol in the country’s northwest. 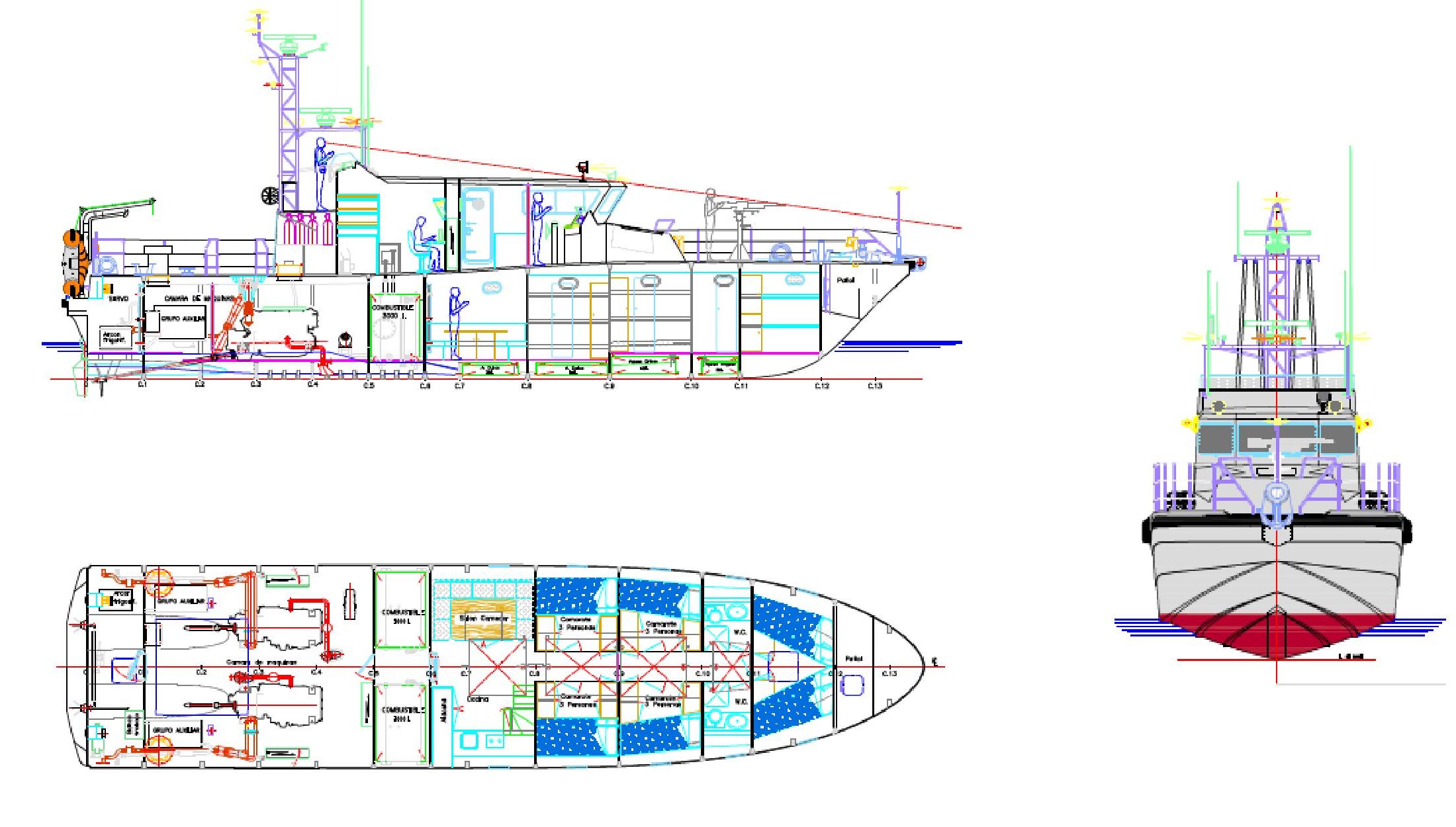 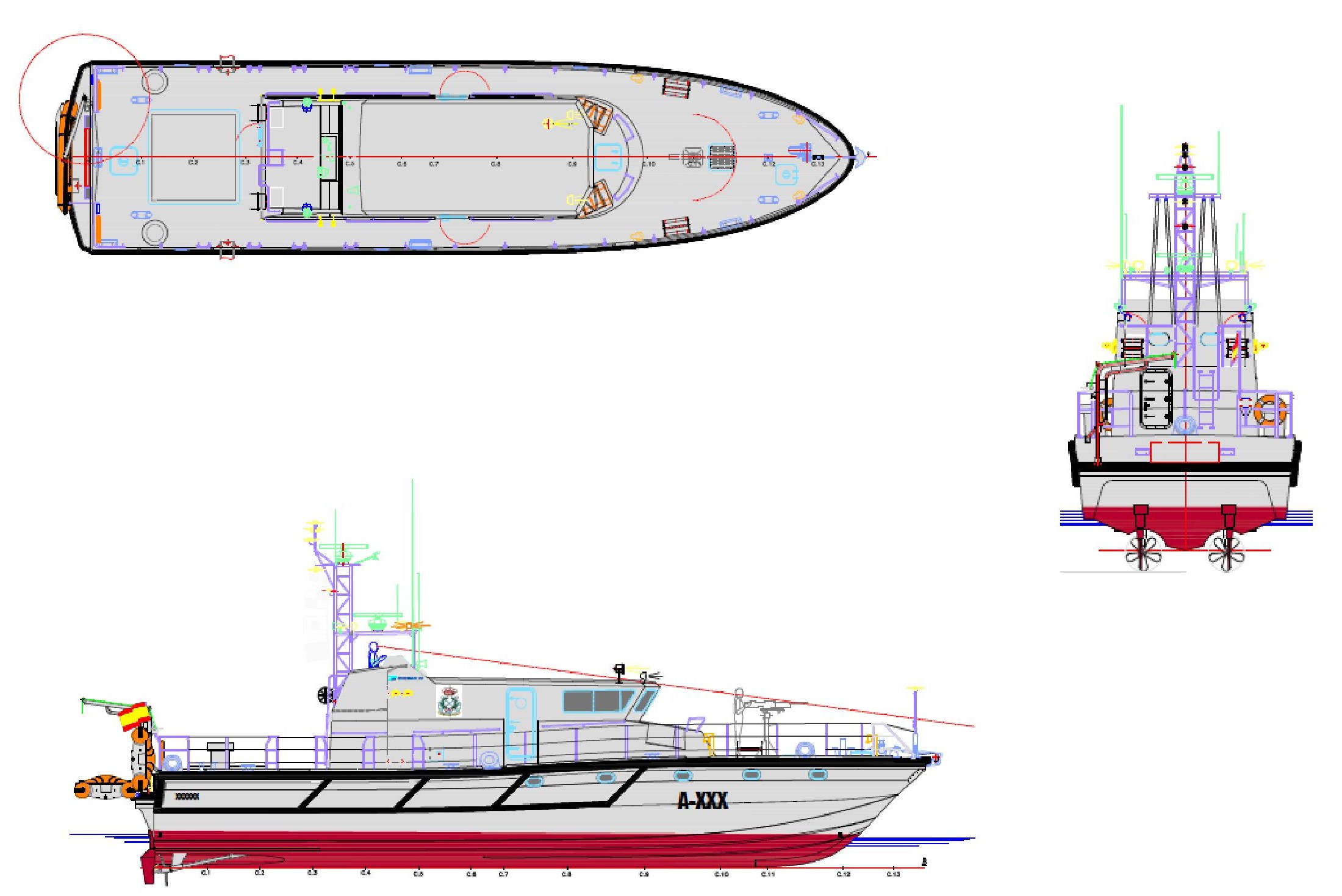