Written by Baird Maritime on March 23, 2021. Posted in Icebreaking. 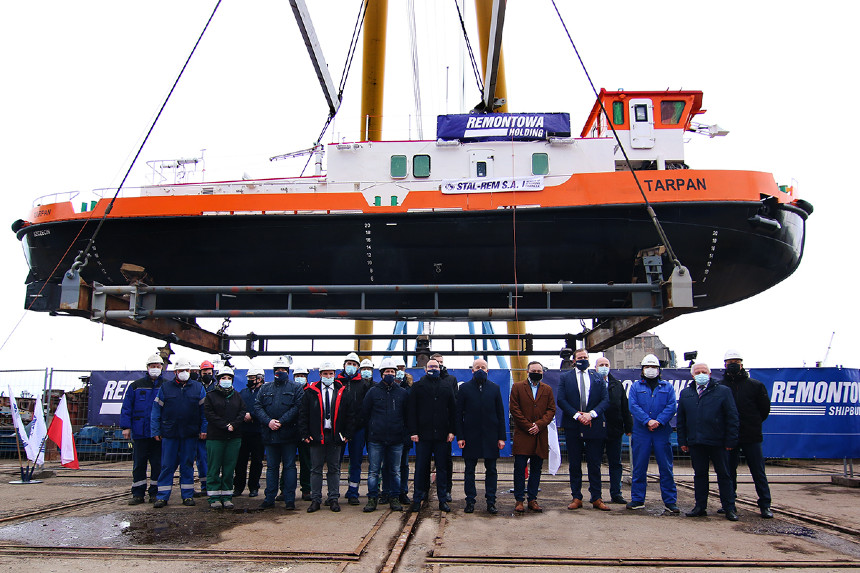 Poland’s Remontowa Shipbuilding launched a new icebreaker into the water on Thursday, March 18.

Tarpan is the second in a series of two icebreakers ordered from the company by the Regional Water Management Authority in Szczecin. The first icebreaker, Ocelot, was launched just two weeks prior.

Tarpan will then undergo sea trials and other tests before being handed over to its new owner in the second quarter of 2021.