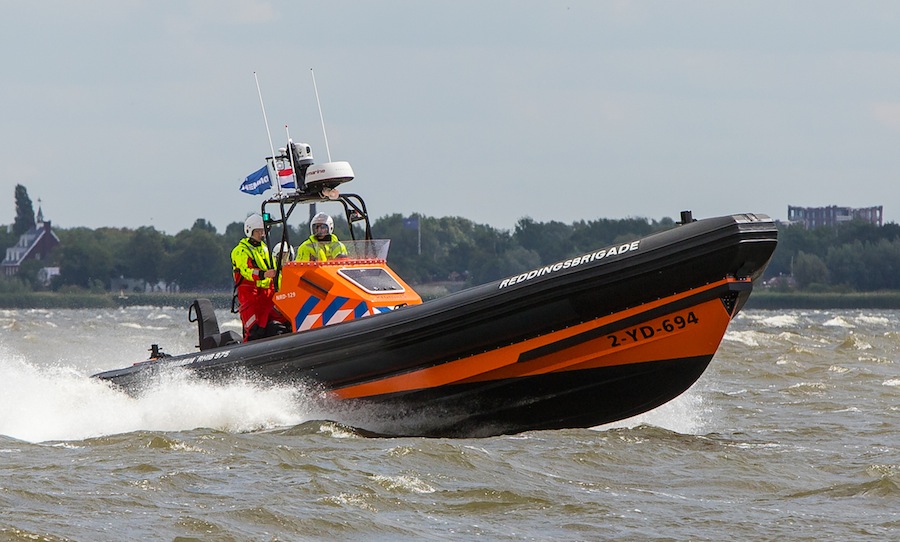 The Naarden Lifeboat Brigade, a volunteer marine search and rescue (SAR) organisation based in the Dutch province of North Holland, recently took delivery of a new rigid hull inflatable boat (RHIB) from local builder Damen Shipyards Group. The lifeboat has been named Promers after Bastion Promers, a portion of the defensive fortification that was originally built in the 1600s as a means of protecting the historic city of Naarden from external threats. 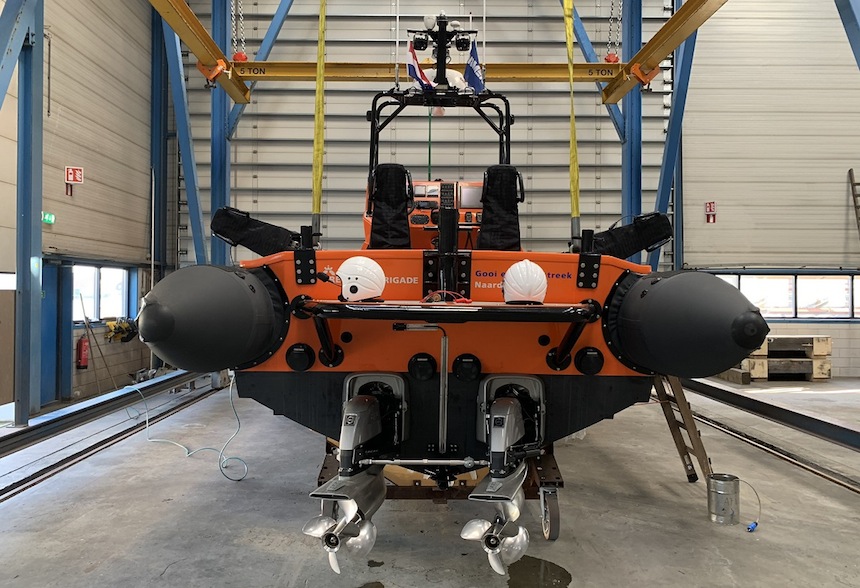 Promers is a customised, FRP-hulled RHIB that was completed at the facilities of Damen Shipyards Hardinxveld. It has a length of 9.75 metres, a beam of 3.3 metres, and two Volvo Penta D6 275kW inboard engines that can propel it to speeds in excess of 50 knots. In addition to being capable of operating with low noise and vibrations, the engines also have a pre-heating feature that will allow the lifeboat to immediately deploy to the scene of an emergency, thus significantly reducing response time.

Four Ullman Dynamics suspension jockey seats with rubber-coated grip handles have been installed on the lifeboat. These will help ensure the crew’s safety and comfort even in rough sea conditions.

Another notable feature of the lifeboat is the ample deck and storage space forward of the centre console. The Naarden Lifeboat Brigade had specifically requested this greater deck space – as opposed to having additional jockey seats installed, as is the case with Damen’s 9.75-metre RHIB in standard configuration – to enable the boat to transport various life-saving equipment as well as up to 25 rescue personnel. 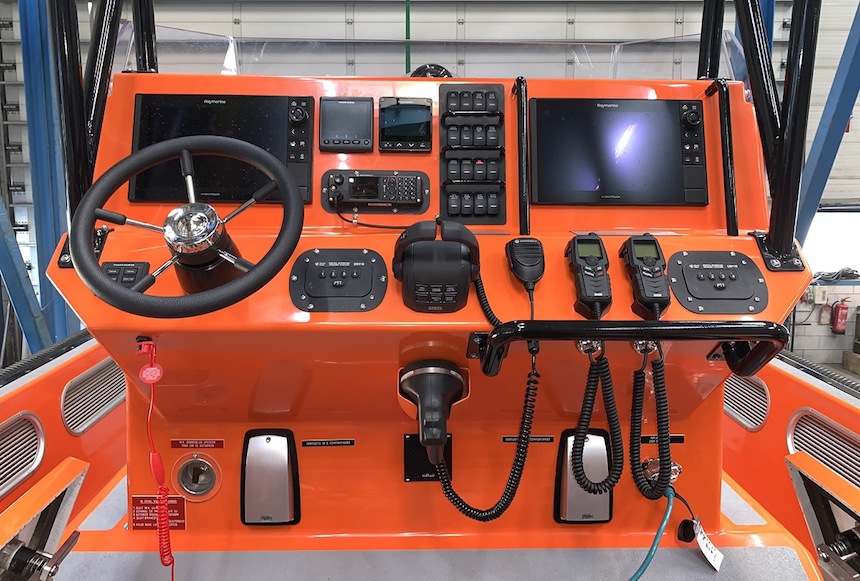 Promers is also equipped with a modern communications suite which includes a David Clark intercom system. This will allow the crew to effectively communicate with each other via helmet-mounted radios under normal operating conditions out on the water.

Lastly, a dedicated towing bollard gives the RHIB the capability to tow yachts and other small vessels that have run aground or have experienced engine failure. Since the RHIB is expected to operate in waters that are also popular among recreational boaters, the added towing capability had been deemed necessary and was therefore incorporated into the final design.

Promers and another vessel comprise the current fleet of the Naarden Lifeboat Brigade, which regularly conducts rescue operations on the adjacent Gooimeer, IJMeer, and Markermeer lakes that course through the neighbouring provinces of North Holland and Flevoland. With the delivery of the new RHIB, which was acquired with the aid of funding from private donors, the brigade is now able to respond to call-outs at any time even if one of its lifeboats is undergoing maintenance. 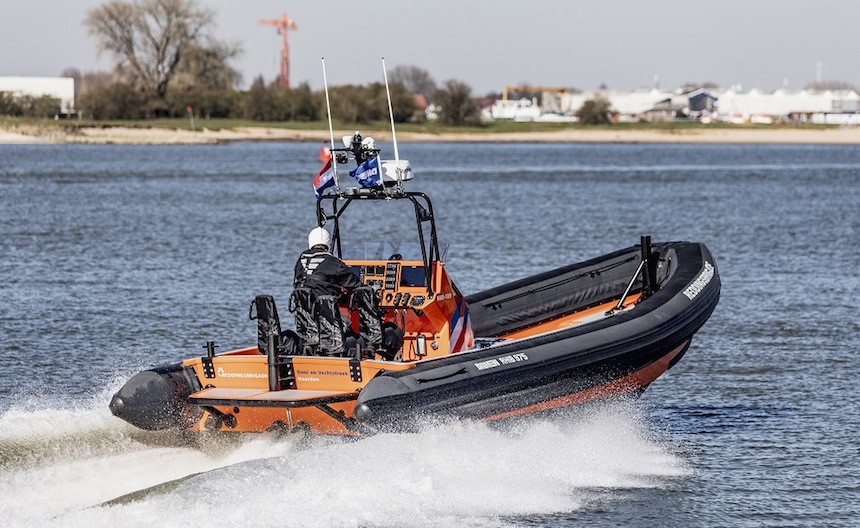 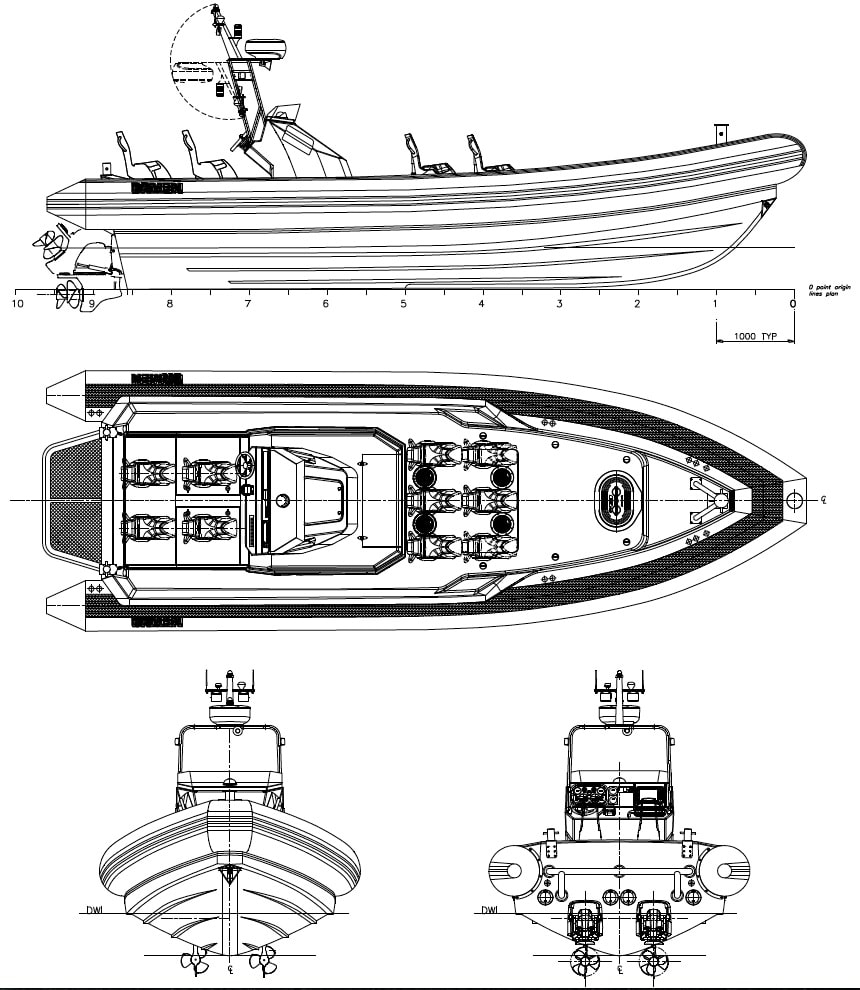