REMINISCENCES | Away all boats 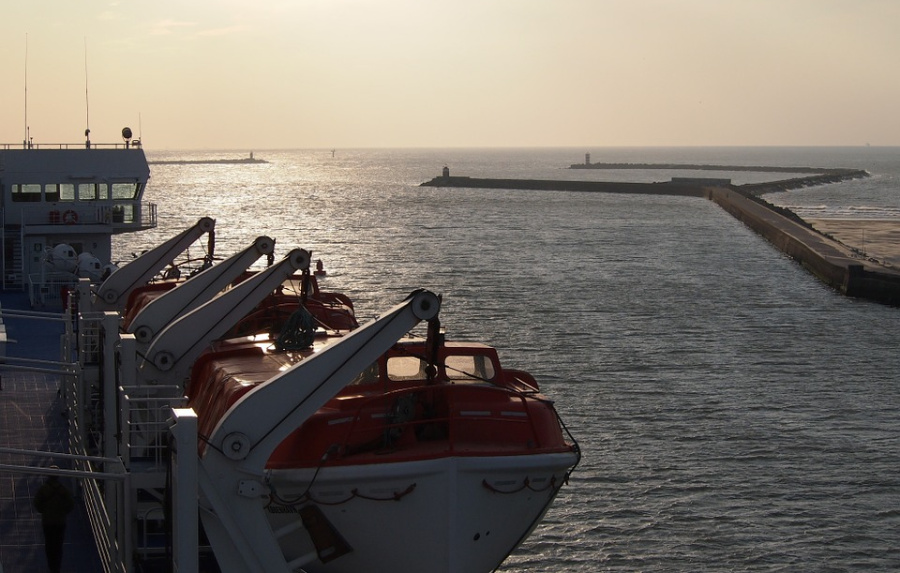 I was reading about an account of a recent accident involving a ship’s lifeboat, but not a serious one, thank goodness, with a man having to be fished out of the water. I was then also reflecting that we seemed to get away with murder in our expeditions with our own boats. I was also reading that there are very many ports that forbid ships to hold drills with boats actually in the water, which might be very easy for those making such regulations but does nothing for encouraging proficiency in LSA equipment for those aboard ships.

In the old days of the Commonwealth liners, we spent a lot of time in our boats, as the company actively encouraged realistic drills and the use of boats for recreational purposes. I have to admit that in those days, we had a lot more time in port for recreation, with no cargo work during the weekend. We even entered boats in races at events like the annual Auckland Regatta, where most of the ships in port would take part.

There were even instances of ships lowering all their boats when in the middle of the ocean, with the master taking advantage of an engine breakdown. These may have been excellent practice for emergencies, but actually getting them back on board as the vessel rolled in an oceanic swell was not something for the faint-hearted, and the likelihood was that the ship was ready to get under way, the engineers jeering, before the boats were all hooked on.

“Part of the fun of these excursions was watching people who had never handled oars or sails in their lives get in a complete mess.”

It wasn’t helped that only one of the four boats on our ships was ever equipped with a useful engine. Mind you, these engines, which spent a lot of time sitting doing nothing, were not known for their reliability, so probably 50 per cent of the time the crew was toiling at the oars. I still remember the blisters, which were probably initiated by vainly swinging the engine’s crank handle, to get the wretched thing to fire. It rarely did.

Most of our recreational excursions would involve picnics and a couple of cases of beer, swimming and (as hinted above) a great deal of rowing. Our boats were not wonderful sailors, with the lugsail requiring practically a full gale to push them along. The wooden, clinker-built boats of the older ships were far better under sail than the modern aluminium craft, which would be blown all over the place, even though the newer boats didn’t leak.

Part of the fun of these excursions, which were probably disguised in a logbook entry as “drills”, was watching people who had never handled oars or sails in their lives get in a complete mess as they ignored the hoarse shouts of the coxswain to keep in time, or hauled in sheets that they should have been slacking off. If you watched a ship’s boat under oars, it usually resembled a drunken water beetle, probably going around in circles, as the master watched angrily from the bridge wing and those safely aboard shouted abuse at their mates. I suppose it was all good practice.

“The fully enclosed boats seem to engender fear among those who have to use them.”

On one occasion, with the ship in Fremantle,on a beautiful day, we took the motor lifeboat and good supplies of beer, several miles up the Swan River, figuring that when the engine broke down, the current would speed us back to the ship without too much exertion. In an earlier port, possibly Sydney, we had been watching people water skiing, roaring along behind a speed boat at a tremendous lick.

Our boat, with the little Lister engine behaving itself and the wind in the right direction, could probably make about four knots, so skis were out of the question. But the Chippie had a spare mahogany accommodation door, and with a couple of ringbolts affixed and a sort of reins, we towed this enormous drogue behind the boat on the painter. It worked brilliantly, with the swimmer coming fully out of the water almost as the weight came on the line. And by altering his weight, from one side to the other, the “waterdoor” could sheer from side to side, just like real water skiers, only rather slower.

It seemed to be much admired by other river-users, although our new sport came to an abrupt conclusion when a passing boat hailed us and said that they had seen a large shark. So it was back to the ship, the engine breaking down on cue, just as the tide turned. More blisters.

Nowadays ships are in port for hours rather than days; the fully enclosed boats seem to engender fear among those who have to use them. This becomes sheer terror if the ship is equipped with a free-fall lifeboat that hurtles off the stern of the ship, its occupants securely lashed in and engaged in fervent prayer. And the harbour bylaws prohibit their use anyway, either for drills, or recreation. Spoilsports.