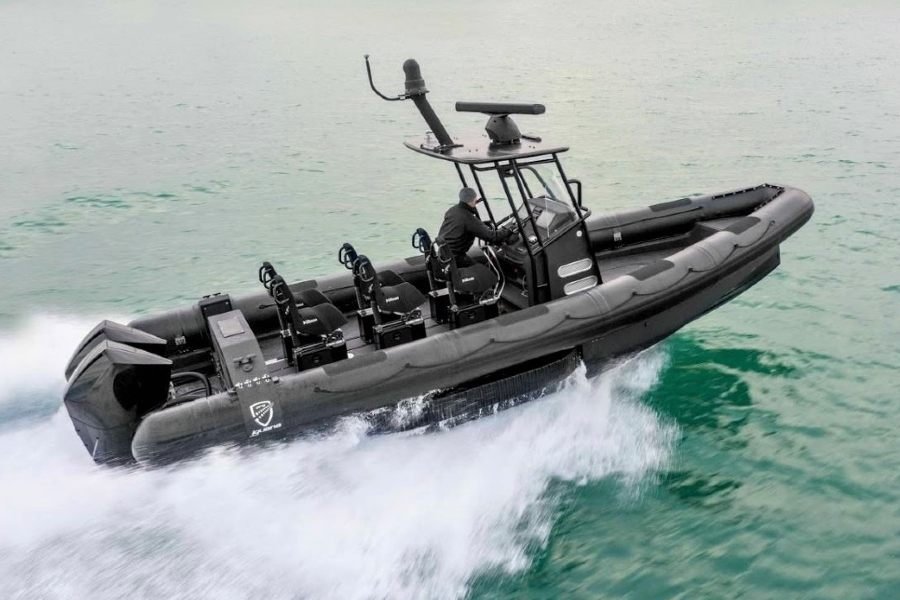 New York-based boatbuilder Iguana Pro USA has completed two custom-designed, rigid inflatable boats (RIBs) for use by the US Navy, primarily in insertion/extraction of personnel, interdiction operations on the high seas, and emergency response.

In addition to boasting high speed and suitability for a range of missions, the boats also possess the unique ability to launch themselves into the water directly from the shore, hence significantly reducing deployment times as well as logistical support requirements.

The RIBs were designed and built to fulfil a specific set of parameters that were outlined by the navy. Besides being able to operate in nearly all types of sea conditions – including wave heights of up to 10 feet (three metres) and wind speeds of 35 knots – and to do so more efficiently compared to other vessels of similar size, the boats also needed to have reliable and powerful track systems that would allow access to steep areas on different types of soil when entering from the water, such as during beach landings to discharge personnel and supplies.

Further, the boats also needed to be capable of safe and effective navigation even with the incorporation of the track system, which adds to the weight of each vessel and even potentially affects its hydrodynamics. 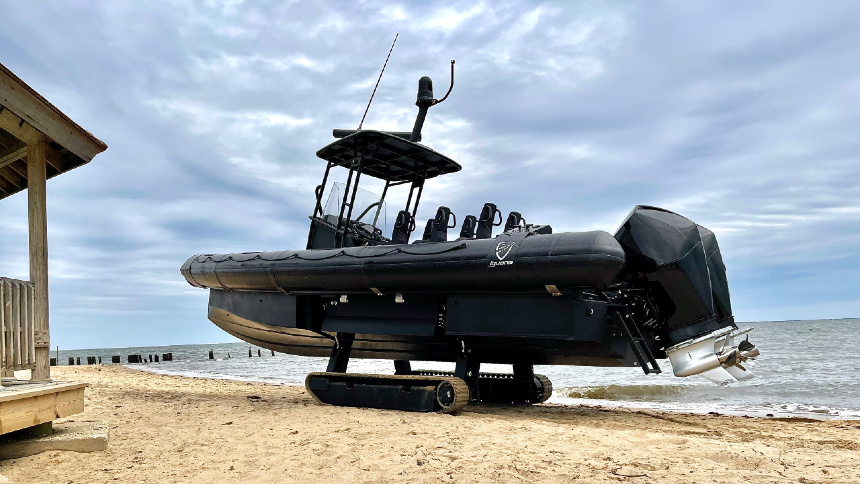 The installation of the amphibious track system was deemed necessary as it will enable crews to transition between water and dry land almost immediately, an important capability for an operator that regularly executes time-sensitive missions. This unique capability eliminates the need for crews to employ a boat-carrying trailer and to locate a pre-designated boat ramp – or to have one installed if an area has no such facilities available – which would otherwise be costly in terms of both time and resources.

Further, the patented track system has been integrated effectively into the RIBs’ design so that it does not become an impediment during other types of launch/recovery operations, such as when exiting or entering the well deck of a large amphibious ship.

“Given the different roles that the boats are intended to perform and the conditions that they needed to be able to operate in,” Iguana Pro told Baird Maritime, “it was a challenge for us to fully integrate the track system in such a way that the boats’ performance and seaworthiness will not be adversely affected.”

The builder added that it was fortunate to have prior experience in manufacturing boats according to each buyer’s specific needs. Moreover, since the boats are fully customisable to accommodate a host of non-standard features, it became easier to come up with finished products that satisfied the navy’s requirements.

“The first boats we built are still in operation eight years later,” Iguana Pro remarked. “We hoped to achieve that with these newbuilds as well by optimising their design for durability.”

Power is provided by a pair of Mercury Marine PRO XS petrol-powered outboards that each produce 300 hp (223 kW) to drive two Mercury propellers. This arrangement delivers a maximum speed of 50 knots and range of 120 nautical miles at a cruising speed of 30 knots, thus proving that the track installation has no adverse effect on the boats’ performance.

“The track system will also have its own power source, which may either be an electric motor with a lithium battery or a 55hp (40kW) air-cooled industrial automotive engine that drives a hydrostatic transmission. The unfolding of the tracks – including raising, tensioning, and blocking the tension – will be managed by a hydraulic unit.”

The builder added that the track will facilitate deployment into the water in as little as eight seconds. It is designed to work on nearly any type of terrain and slopes of up to 40 per cent. 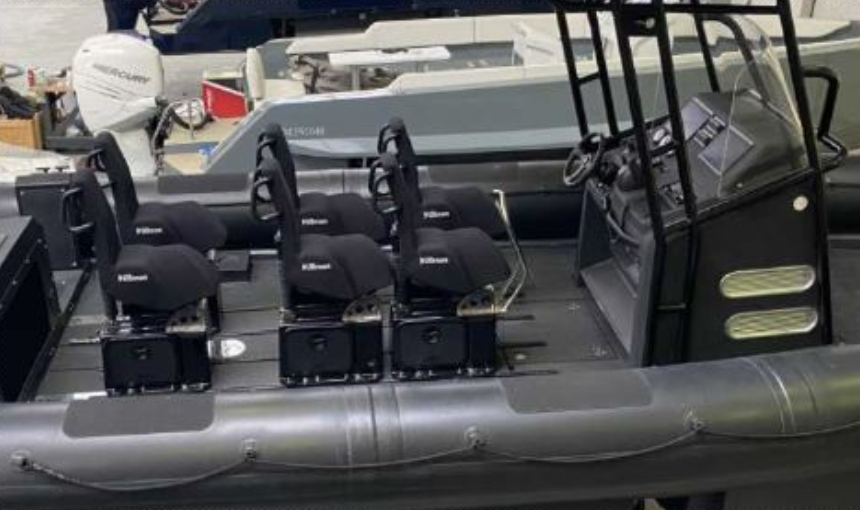 The two crew and six passengers sit on shock-mitigating seats supplied by Ullman Dynamics. The seats may also be removed to provide additional deck space to suit mission-specific requirements. The deck up to the aft platform is covered in a non-slip material for added safety.

To allow operations under a wide range of conditions, the RIBs are adequately equipped with an electronics suite that includes a radar, GPS, a combination VHF radio and AIS transponder, and a FLIR camera for use in low-visibility situations. The electronics and the LED lights on each boat draw power from four 12V, 80Ah batteries. 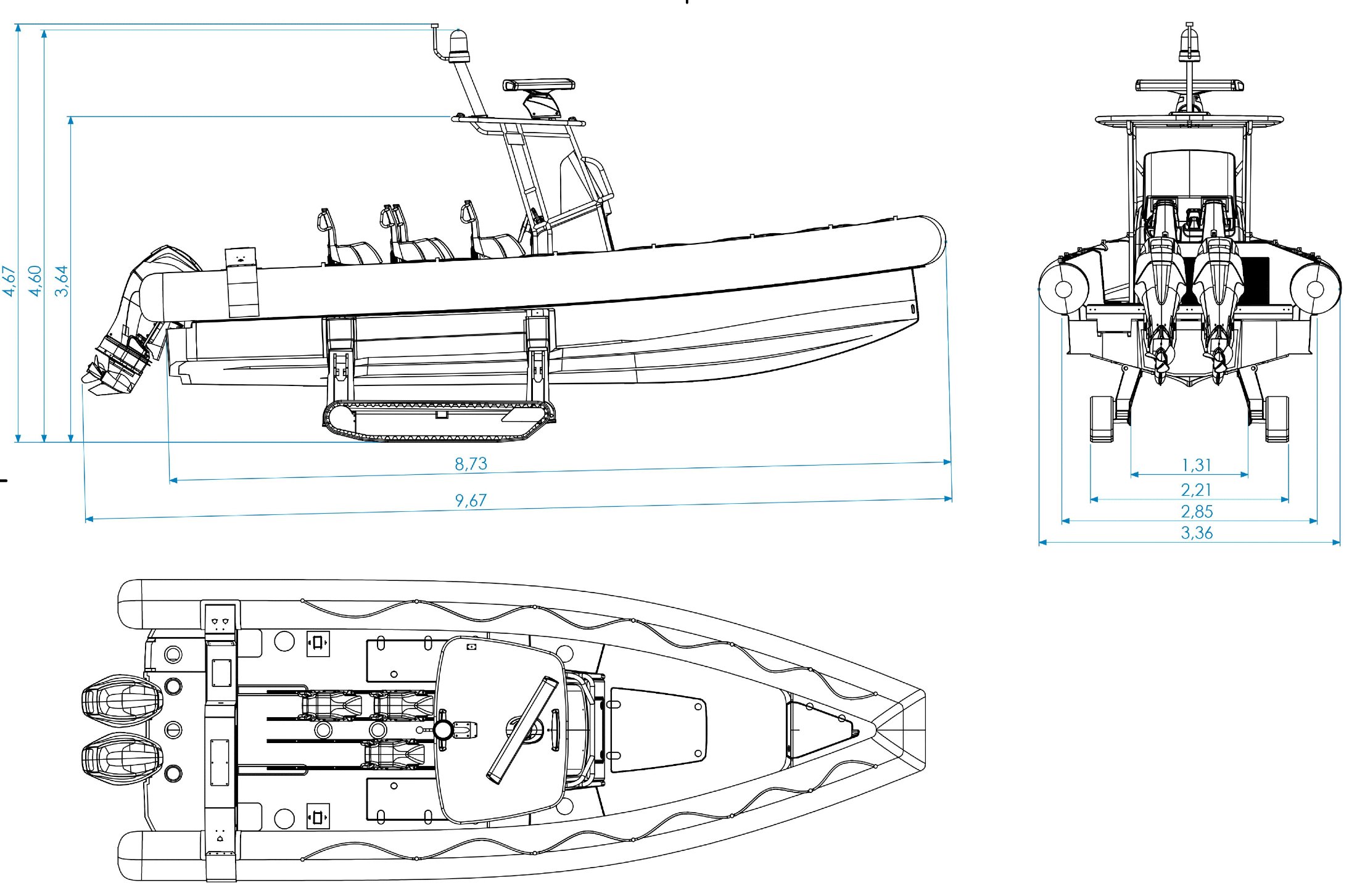 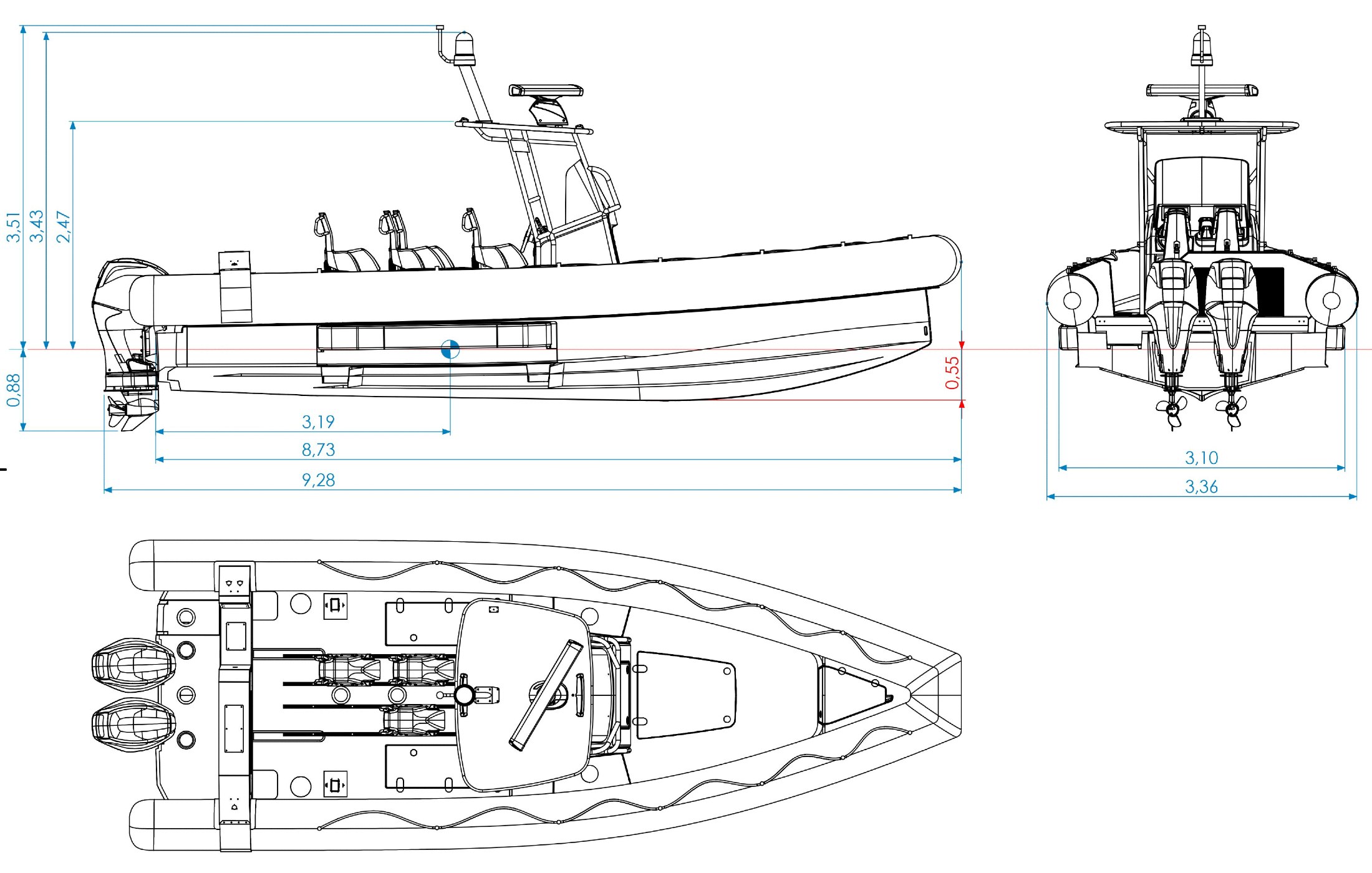