REMINISCENCES | Oil in the wrong place 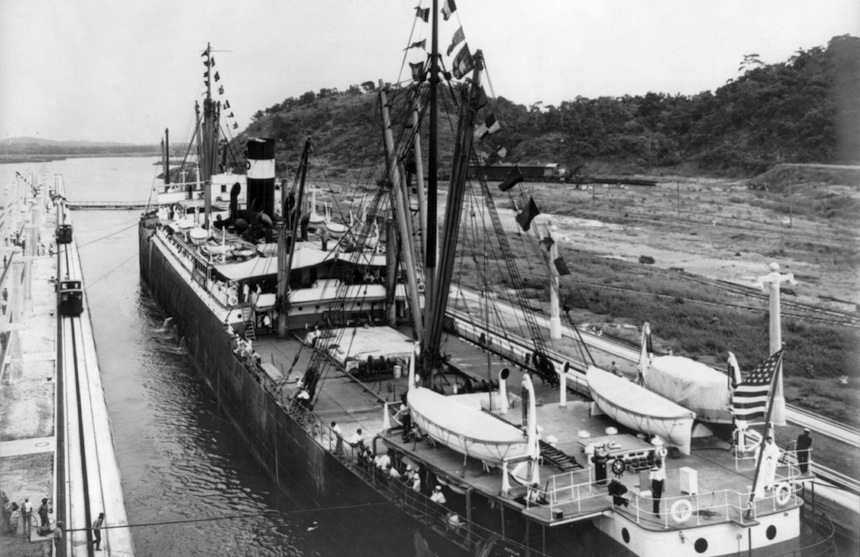 Wonderful stuff, oil, just as long as it stays in the right place. Half a century or so ago we tended to think like that, before the age of the superspill and well before the green revolutionaries decreed that hydrocarbons were the invention of the Devil.

Marine fuel oil was cheap, readily available in bunker stations, strategically positioned around the globe, which were mostly operated by major oil companies offering a reliable product. And while tramp ships were marketed for their miserly fuel consumption, I don’t recall anyone ever suggesting in our company that we should slow down and save fuel, let alone the planet, as we are urged to do today.

Our smart Commonwealth cargo liners steamed as fast as we possibly could, with our reputation for punctuality being the priority, not forgetting that most of us infinitely preferred being tied up in some pleasant port, than being at sea.

Our diesel-driven ships, designed for voyages to the far side of the world, had a huge range and we would normally take bunkers in Curacao if bound through the Panama Canal to New Zealand, Las Palmas if routed around the Cape, or Aden en route to Australia via Suez.

Bunkering wasn’t the traumatic business it is today, with fuel analysts at the ready; the main worry being the risk of a spill on our gleaming holystoned decks and paintwork, which gave rise to a certain tension between the deck and engine departments.

I’m sure the engineers tried jolly hard, but more often than not the outraged boatswain would discover a track of oily footprints on his beautiful deck, or black handprints on the white painted bulkheads. Occasionally it was worse, with a squirt of oily mist from the manifold as they connected up the hose, or a puddle under the joint, causing all manner of inter-departmental mutterings. Invariably it was a spill on a deck that had been just holystoned, or a bulkhead recently painted, which made the crime infinitely more reprehensible.

But just sometimes it wasn’t the engineers who were responsible for spilling the black stuff. As with many of our ships, the Mate of this particular vessel had a fetish about what might be described as “tiddley brass”. He required all the little brass signs around the sounding pipes and tank ventilators to be taken off, cleaned and given a coat of red paint, then polished on sandpaper, before being varnished and screwed back into place. They looked very smart indeed and presumably he thought they would earn him a few credits when the Marine Superintendent next inspected us.

This tedious task was, naturally, allocated to the apprentices, one of whom had his mind on something else – probably the next meal – as he replaced two adjacent sounding pipe labels inscribed “No 3 Port DB FW” and “No.3 Port DB MDO”. I don’t have to divulge further explanation, as you will have realised by now that this dim bulb screwed them back in their reverse order.

This became apparent much later, with the ship alongside in a New Zealand port, hatches open and frozen lamb being loaded, when the carpenter decided to take the opportunity to top up the fresh water tanks. The shore pipe was hauled on board, stuffed down the appropriate “FW” tank pipe and the valve opened.

Secure in the notion that somebody would give him a shout when the water started running all over the deck, Chippy went off to lunch. About half an hour later screams of rage were heard from the foredeck as a small geyser of diesel oil soared into the air from the sounding pipe, a brisk breeze wafting an oily mist over the gleaming bridge-front and worse still, over the exposed cargo sitting coldly in No 3 hold, and a sheen of oil spreading over the pristine waters of the harbour.

“We didn’t have the horrors about hydrocarbons in those days”

These days, the master and half the ship’s complement would be dragged off to gaol, facing huge fines and lengthy sentences, the ship arrested and P&I correspondents roaring about in aeroplanes sorting out the mess. But the whole ship’s company were turned to, employing vast quantities of Teepol detergent to clean it all up, with the spoiled cargo shipped ashore.

Within the hour, we had two of our boats in the water with drums of detergent and stirrup pumps, the crews spraying the oil sheen like maniacs. A couple of hands with buckets of detergent were even rowing about on the painting punt, which was not exactly constructed for navigation.

The word quickly got around and the local fishing fleet got under way, so they could sail through the sheen and claim their free drum of Teepol, which wasn’t cheap. But such were our prodigious efforts, over that afternoon and late into the night, that as far as I recall, the harbourmaster, closeted with the master for some time over a bottle of something expensive, didn’t even fine the ship.

The engineers walked around for weeks after the incident looking smug, as this oil spill was entirely the fault of the deck department and they weren’t going to let us forget it. And as far as I remember, even the wretched apprentices were able to claim with, absolute conviction that the exchange of the signs had been done on the previous voyage, with different personae and they may well have been right. But we didn’t have the horrors about hydrocarbons in those days – just as long as it stayed where it should.