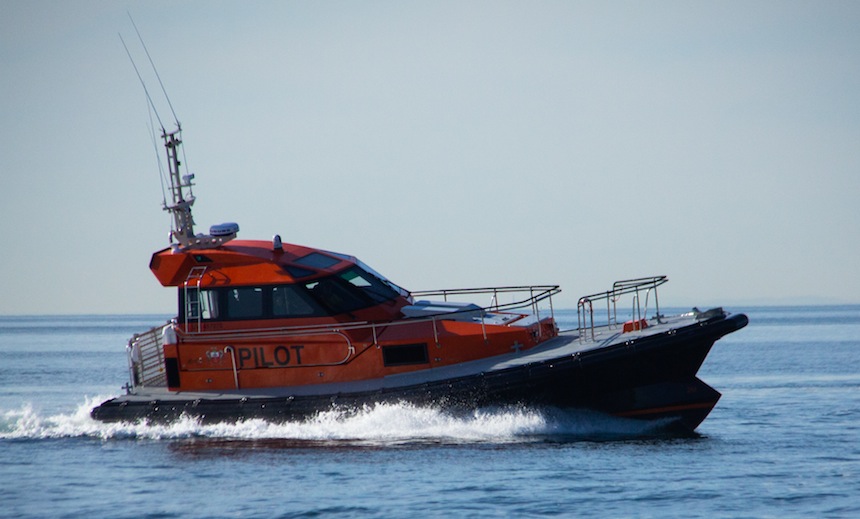 Port Phillip Sea Pilots (PPSP), which provides pilotage services to the ports of Melbourne, Geelong and Western Port in south-east Australia, came to local builder Hart Marine looking for a vessel that could cover multiple tasks.

Firstly and primarily, PSPP wanted a vessel to deliver pilots to ships at anchor in the Port of Melbourne. Secondly, it wanted its new vessel to be able to do pilot transfers to ships coming in and out of Western Port.

Hart Marine worked very closely with French naval architecture company Pantocarene to create a vessel 12.5 metres long that has all of the features of larger pilot vessels.

The beak bow again that is standard on Pantocarene pilot vessel designs has once again been employed, but the flare of the bow has been increased to assist in deflecting waves to give the deck and wheelhouse screens some protection from spray. 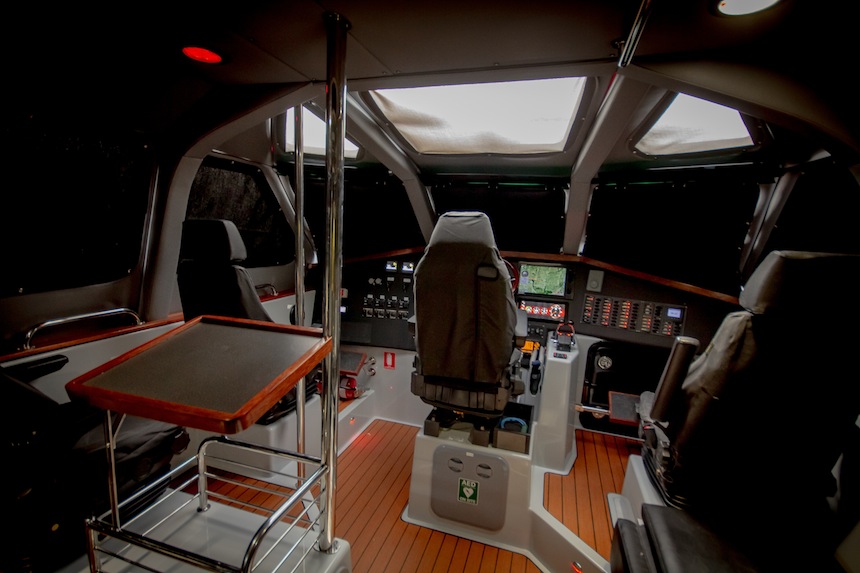 Petrel will operate for PPSP out of both Melbourne and Flinders. She has the capability of performing duties in both locations and will be the first of three similar vessels that will be on rotation across the two sites. She will be replacing PPSP’s ageing fleet of Halmatic pilot vessels.

With its advanced design, Hart Marine told Baird Maritime it is seeing very low noise and vibration levels, thanks to its remote mounted wheelhouse, a valuable feature for both pilots and pilot boat crews as they spend many hours in these vessels each day, with fatigue being a constant concern.

As Petrel has all of the features of both its 15.6- and 17.3-metre predecessors, this meant that Hart Marine and Pantocarene had to consider and put a lot of time and research into systems to make the Petrel function as its bigger siblings using less space.

As always, the first vessel of a series is the most challenging and takes much longer to build than the vessels to follow, and Hart Marine expects the design and build process will be refined for the second and third vessels. 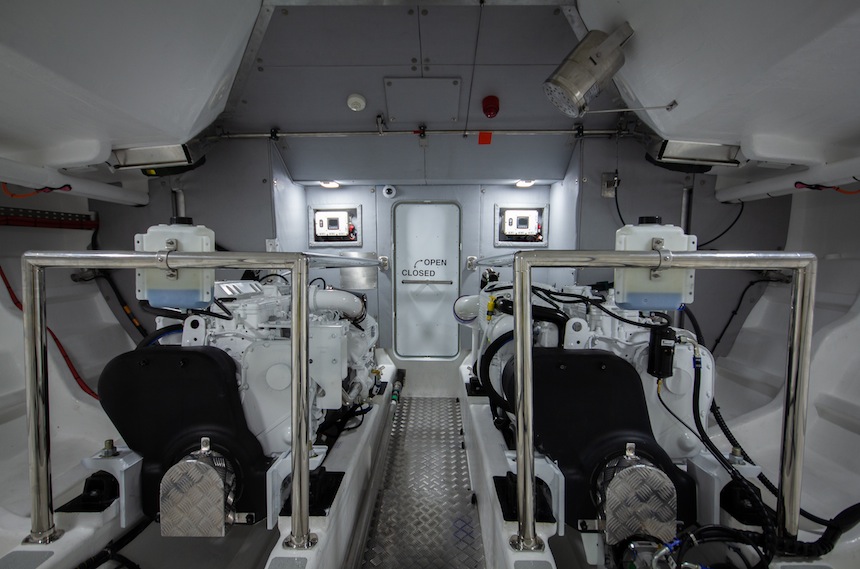 Like the rest of the PPSP fleet, Petrel is fitted with Cummins engines, in this case a pair of QSC8.3 main engines, each 370 kW at 2,600 rpm, driving twin, counter-rotating propellers via ZF gearboxes.

PPSP has also gone with a full suite of Furuno electronics to match its existing fleet. 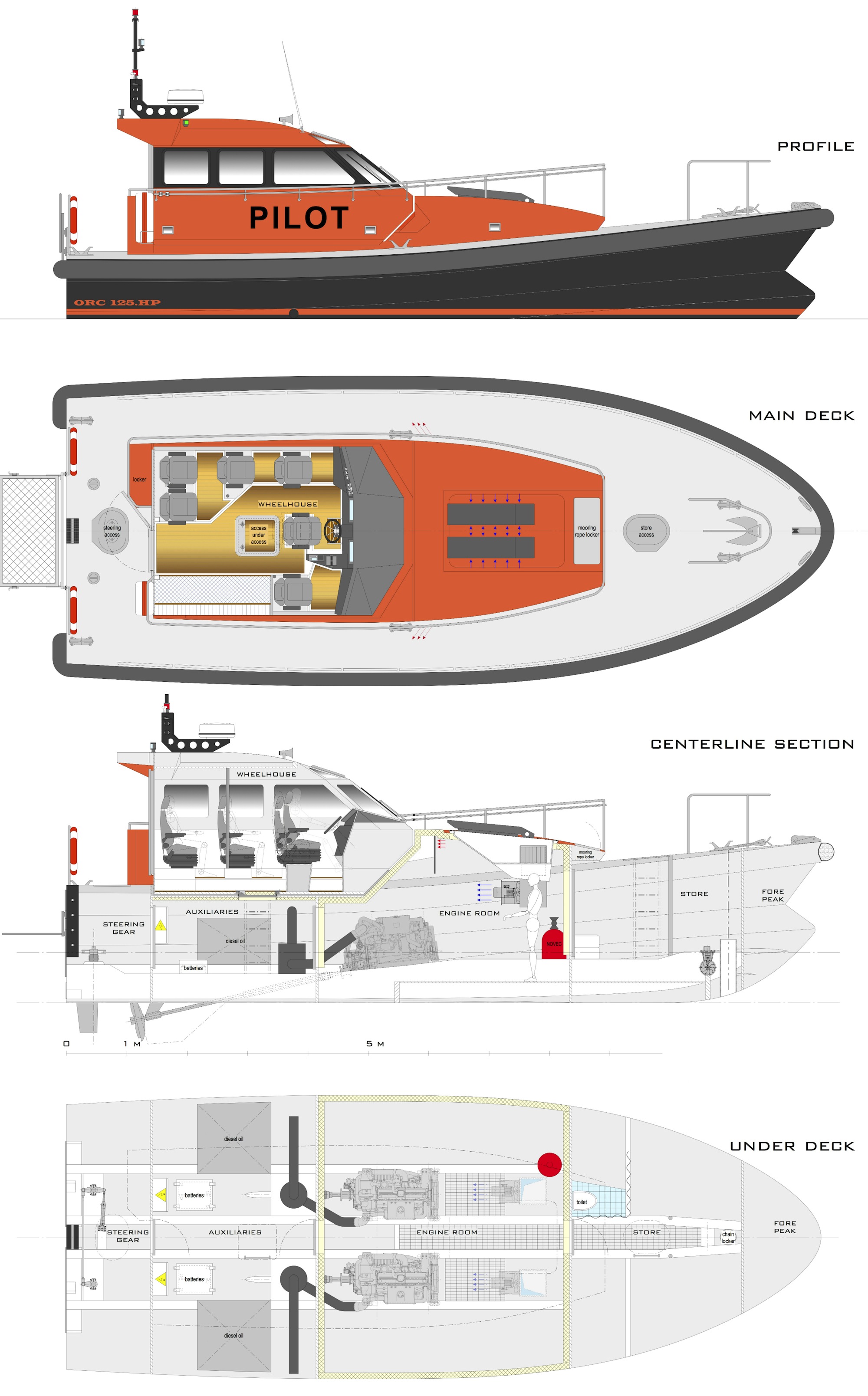