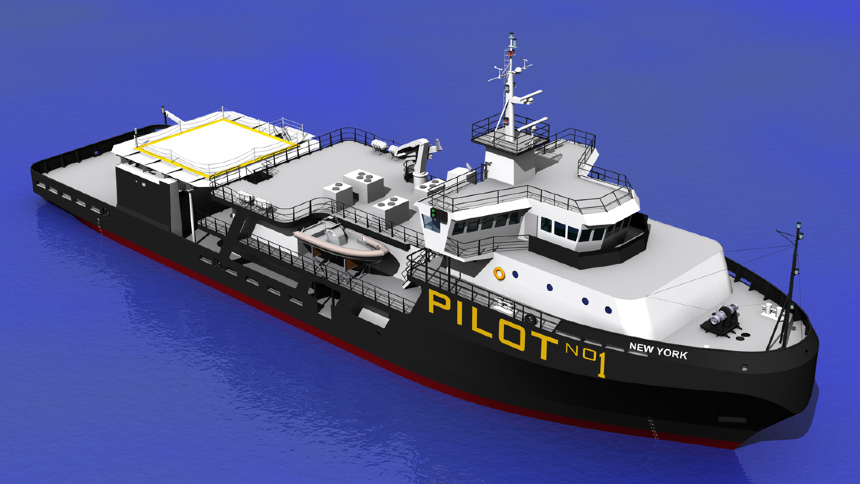 Work is nearly completed on the conversion of a former oil spill response vessel (OSRV) into a pilot station vessel for the Sandy Hook Pilots Association of Staten Island, New York.

JMS Naval Architects provided engineering support for the project. The scope of the support included marine surveying and naval architecture services to evaluate the vessel prior to purchase, development of a conversion concept design through a contract-level design bid package, engineering support to the shipyard, and owner’s representative services on behalf of Sandy Hook Pilots during the vessel conversion.

In general, the conversion design included: extensive modifications to remove the oil recovery systems; installation of a large deck house for the pilot berthing, lounge, and mess; and incorporation of operational capabilities specific to the pilots’ mission.

The completed vessel retains its helicopter pad, ABS classification, and COI as a US Coast Guard Subchapter I vessel.

The vessel, to be renamed New York, is scheduled for delivery in September 2021 and is slated to serve the entrance to New York Harbor, Hudson River, Hell’s Gate, and Long Island Sound. It will replace a similarly named pilot boat that has been in service for 48 years.