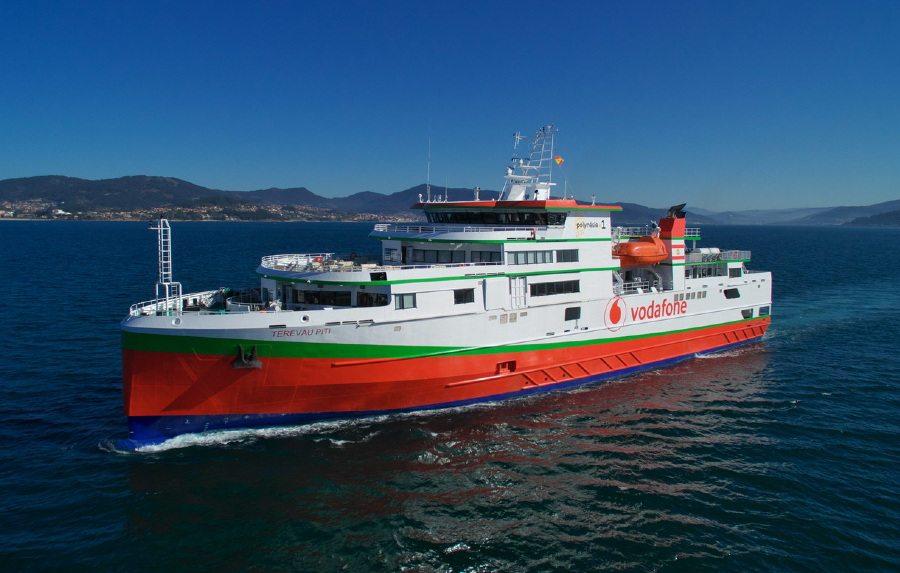 French Polynesia operator SNGV2 recently took delivery of a new Ro-Pax ferry for use on its inter-island routes.

Terevau Piti was designed by French naval architects Mauric and built by Spanish shipyard Armon. Design work on the ferry’s interior spaces, which have a total area of more than 2,000 square metres, was provided by Oliver Design.

The bespoke newbuild is being operated on daily trips along the 12.5-nautical-mile route between the islands of Papeete and Moorea as well as special holiday trips to and from the Leeward islands. 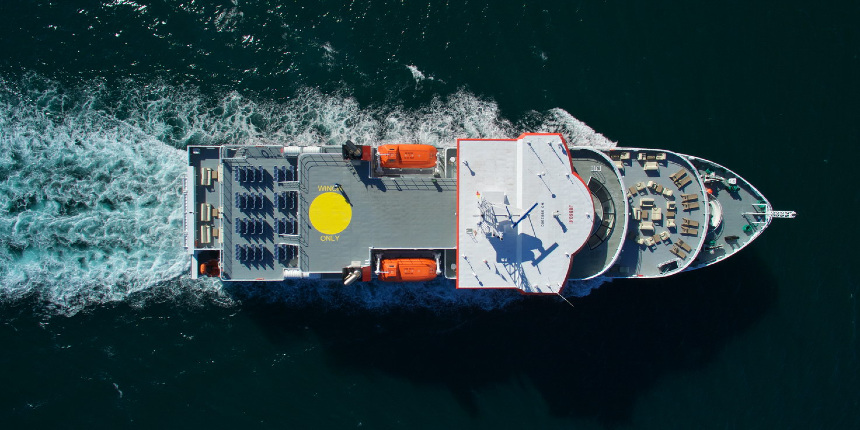 Terevau Piti was developed to fulfil a need for an inter-island vessel with greater transport capacities. Although SNGV2 already has a fast catamaran ferry that can carry 350 passengers and 105 cars on each trip, the owner realised this vessel lacked the capability to transport trailers and other large forms of vehicle cargo as well as dangerous goods on the same daily routes within French Polynesia.

SNGV2 then cooperated closely with Mauric in the design phase of the vessel starting in May 2017 to ensure that it satisfied the necessary parameters. The ferry was launched into the water in the middle of 2020 and was handed over to its owners less than a year later. 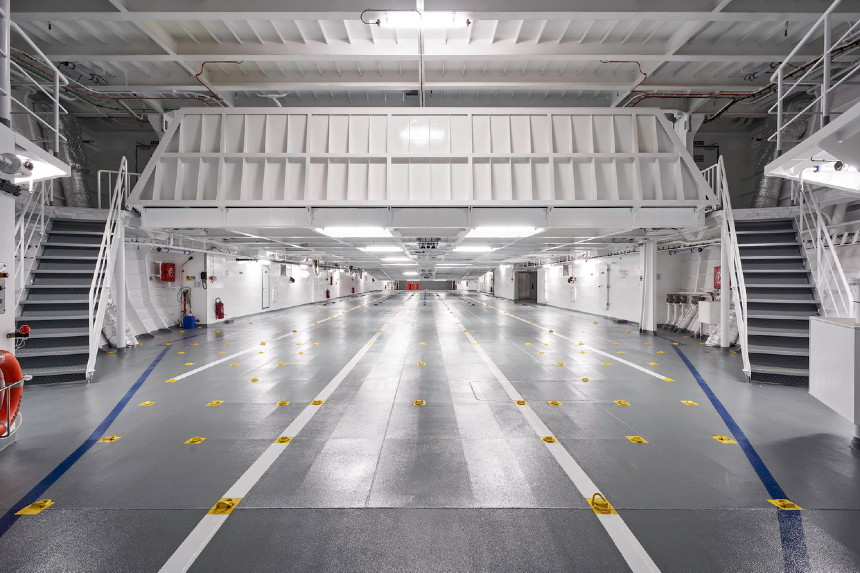 Terevau Piti has a steel hull, an aluminium superstructure, an LOA of 77 metres, a beam of 17 metres, and capacity for 675 passengers and up to 500 lane metres for up to 600 tonnes of freight comprising 105 cars or a mix of eight semi trailers and 70 cars. Loading and unloading of cargo are done via cargo ramps at the bow and the stern, ensuring improved operational flexibility. 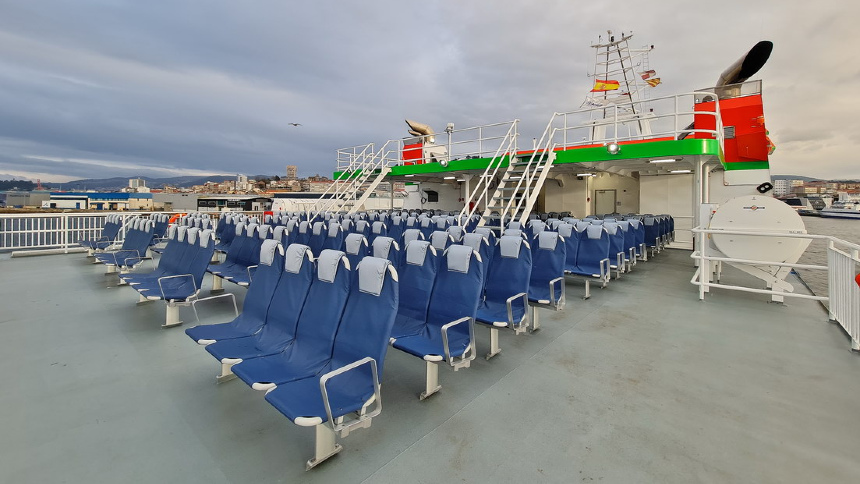 The passenger amenities and common areas include restaurants, a snack bar, a VIP lounge with bar, a terrace with seating for 190, an aft lounge with a 150-seat terrace, a sun deck, and a children’s play room. The crew spaces include four officer’s cabins, six double cabins, a mess, a changing room, workshops, and a laundry area. All interior spaces are equipped with air conditioning, and Mauric said the general arrangement was optimised to ensure greater accessibility and safety while still guaranteeing the increased passenger capacity required by the owner. 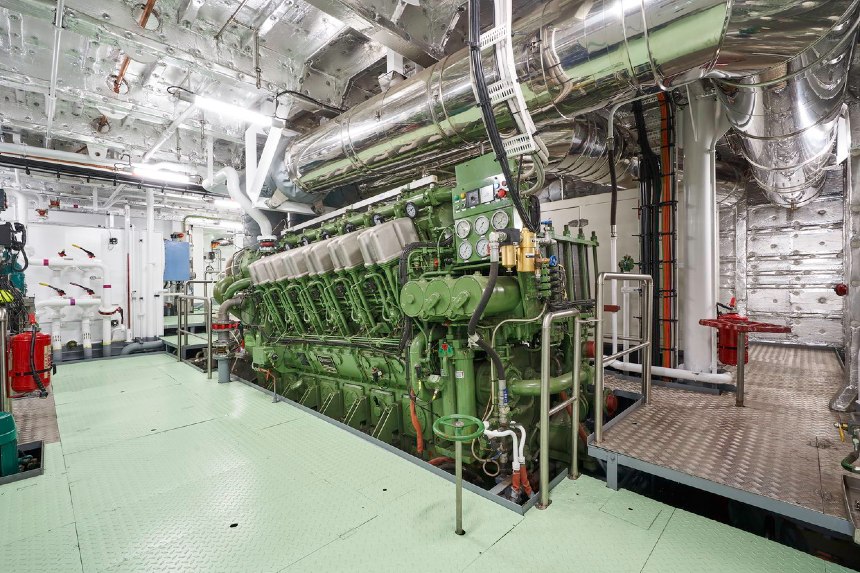 Two Anglo Belgian Corporation diesel engines that each produce 2,652 kW at 1,000 rpm propel the ferry to a maximum speed of 17.5 knots and a cruising speed of 16 knots. A pair of bow tunnel thrusters provide enhanced manoeuvrability for berthing and unberthing while an optimised hull form enables improved seakeeping performance, thus providing comfort at sea for passengers as well as low fuel consumption.

The ferry is also equipped with two lifeboats and a man overboard rescue boat that are launched into the water via davits.

Terevau Piti is currently being used to transport local residents, tourists, and goods between Tahiti and other islands in the archipelago, including the famed resort destination of Bora Bora. 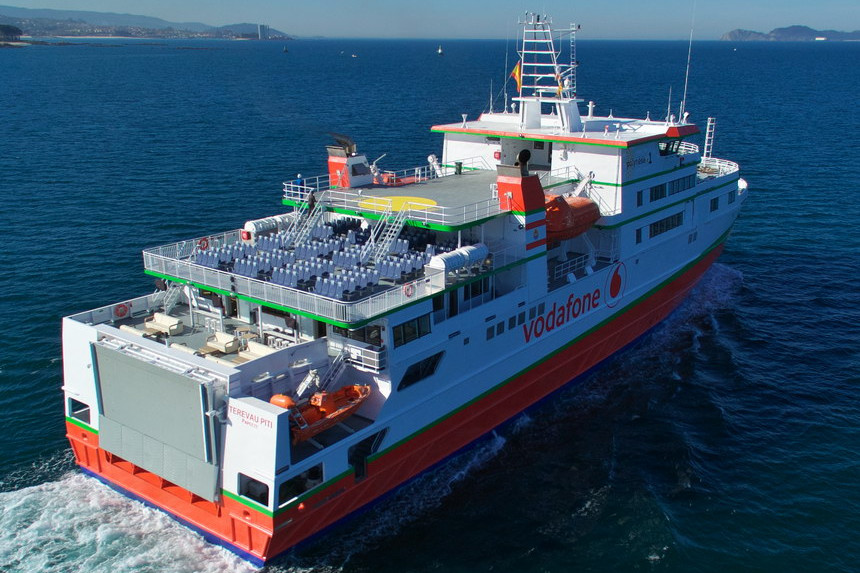