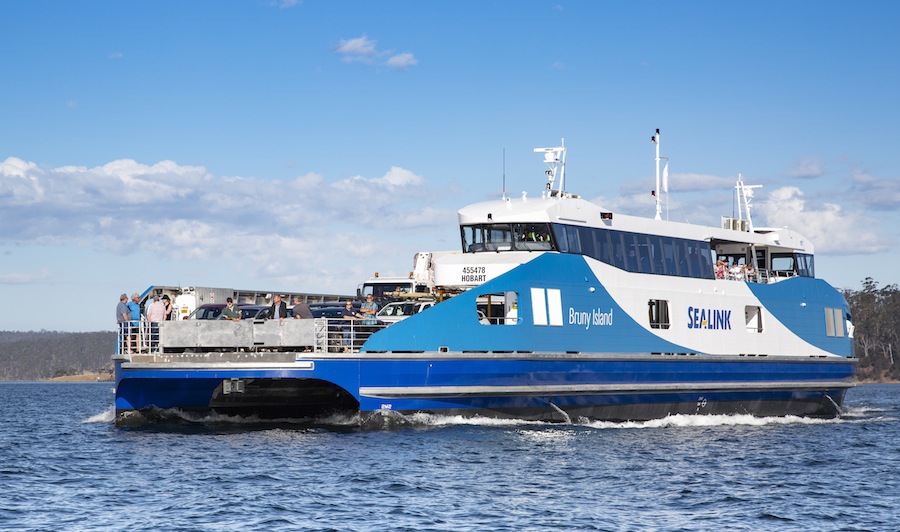 Sealink, operator of passengers and vehicle ferries all around Australia, secured a 10-year contract to operate the Ro-Pax service that forms a crucial road link between Kettering, which is 35 kilometres south of Hobart, and Bruny Island.

This operation has been running for many years with aged, traditional steel ferries. Sealink had Incat Crowther design a light, manoeuvrable and economical ferry to supplement and gradually replace the aged vessels in service. Local builder Richardson Devine Marine (RDM) carried out the construction.

The brief was to provide two new vessels that could operate with a continuous service speed of 12 knots, be highly manoeuvrable to facilitate rapid turnaround times, have multiple engines for redundancy, and be economical. Overall, they needed to be uncomplicated and reliable.

Nairana is unusual in that she is a commercial Ro-Pax ferry built entirely from aluminium. She is fitted with four Schottel azimuth rudder propellers, one in each corner, that rotate 360 degrees, giving this vessel highly effective manoeuvrability. She is double ended with two wheelhouses, meaning she never has to turn around, which maximises her efficiency.

Nairana is in continuous service crossing the d’Entrecasteaux Channel in Southern Tasmania between Kettering and Robert’s Point on Bruny Island. The crossing is just 1.6 nautical miles

Traffic flow to the island has increased significantly in recent years and at peak times there has often been a long wait to board the ferry to Bruny Island.

The new ferries will run at 12 knots as opposed to the current vessels running at around eight knots. This will allow for more crossings per hour – easing traffic flow burden to the island from mainland Tasmania. Being of lightweight, yet still robust, aluminium construction, the vessel is operating extremely economically.

“This is the first vessel that RDM has installed Schottel azimuth rudder propellers on,” Roger Janes, Sales and Marketing Manager of RDM told Baird Maritime. “The challenge was enthusiastically met and easily and successfully overcome by the highly skilled team of RDM fitters and electricians.

“Building sisterships is always interesting. Whilst there is time through the build process of the first vessel for people to consider changes or improvements, most do not come to light until the vessel is actually in service, when the day-to-day practicality and usability can be assessed and judged.

“With the second vessel currently in build we have been able to look at areas on the first boat that can be improved and have minor changes approved and implemented which will assist with vehicle loading and ensure that the available lane meterage is utilised and maximised.” 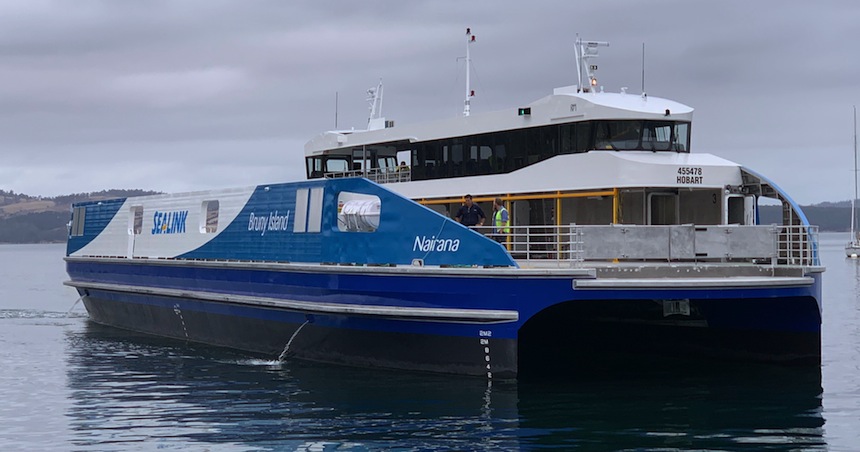 A thorough analysis was done in the design stages of the vessel around the propulsion system. Early on the owners and designers locked in the concept of fully rotatable azimuth thrusters, and there was to be one in each corner of the double-ended vessel.

The decision was made to couple heavily de-rated engines to Schottel SRP 100 FP rudder propellers to give the engines an easy service life to help ensure reliability. Nairana is also equipped with a pair of 40kVA Zenith Engineering generators.

The owner chose Simrad as its primary navigation electronics supplier. Island Marine, based in Hobart, supplied, installed and interfaced the equipment.

The electronics setup for a double-ended ferry is slightly more complicated than that of a conventional vessel. A C-Zone PLC system was utilised and programmed to tell the boat which way it was going. With a single screen touch, the captain can take command in each wheelhouse and re-orient the setup so that the propulsion system knows which way is forward and the navigation lights are set for the appropriate direction of travel.

To minimise maintenance and provide a no slip surface to the aluminium, the vehicle deck was profiled using a grit blaster. 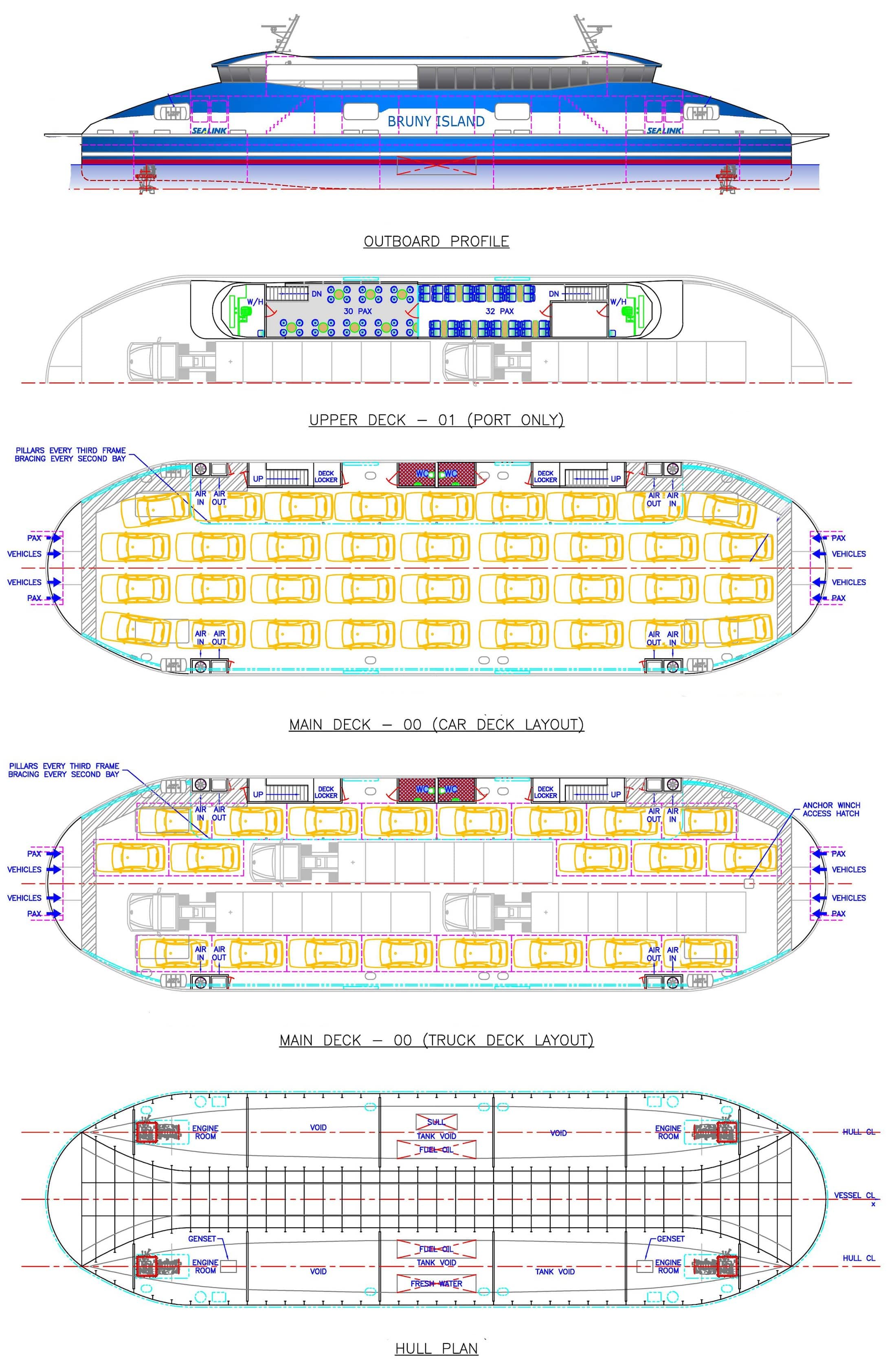