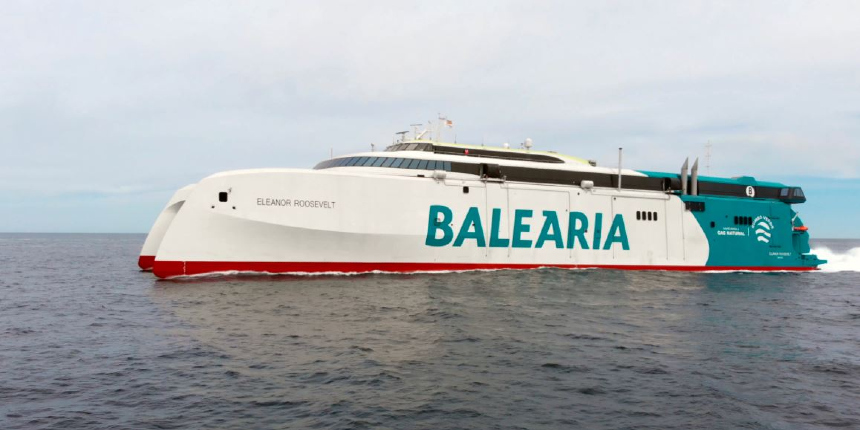 Built by Armon Shipyard, Eleanor Roosevelt is the seventh Baleària vessel to operate on LNG, which the company has claimed will be capable of reducing CO2 emissions by as much as 37,000 tonnes each year. Further, the actual fuel consumption and engine efficiency will be monitored by on-board measuring equipment and sensors as part of a project co-financed by the European Commission’s Connecting Europe Facility (CEF) innovation fund.

Eleanor Roosevelt has capacity for 1,200 passengers and is powered by four 8,800kW engines that deliver a maximum speed of 40 knots and a range of 1,900 nautical miles. Amenities include casual dining areas, a children’s play area, and internet connectivity throughout the vessel.