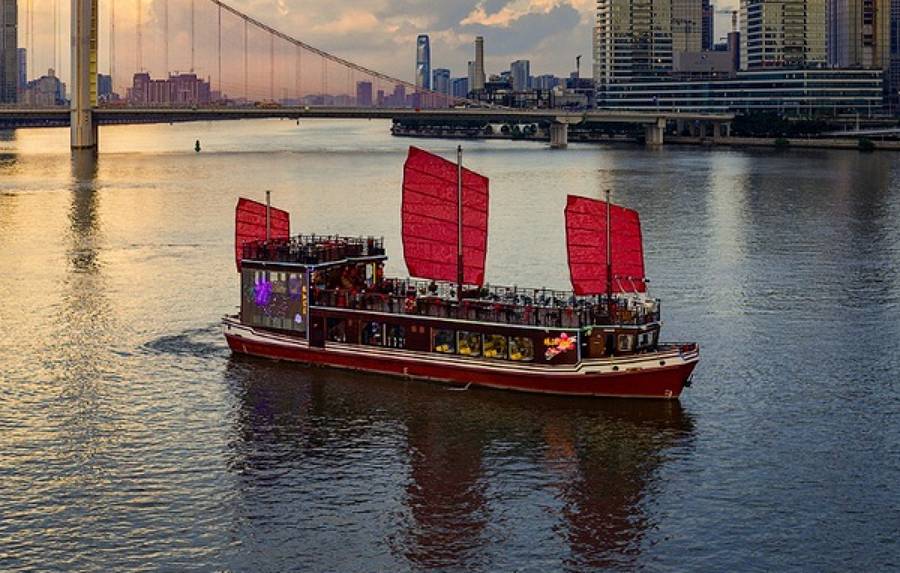 Aptly named Zhujiang Gongzhu (“Pearl River Princess”), the vessel is perhaps most notable for its vintage appearance, which was designed partly as a homage to the sailing ships that plied the routes of the Maritime Silk Road during the Yuan Dynasty in the early 14th century. The China Classification Society said the newbuild uses similar design elements to that of Kho Kho Zhen Gongzhu Hao, which is known for its role as a ceremonial ship during the 16th Asian Games that were held in Guangzhou in 2010.

The vessel has an LOA of 36 metres, a beam of eight metres, a depth of three metres, a draught of 1.9 metres, and capacity for 160 passengers spread across three decks including two open-air upper decks. The main deck can also serve as a venue for live entertainment and other private events.

The electric propulsion is meanwhile capable of allowing sailings of up to 10 hours on a full charge of the onboard batteries. Charging takes between four and five hours. The batteries supply power for a counter-rotating rudder propeller that ensures reduced noise and vibration.

Zhujiang Gongzhu was built by Guangdong Kaili Boat in compliance to China Classification Society and China Maritime Safety Administration rules. The vessel is currently plying the same routes on its namesake river alongside Zhujiang Wangzi (“Pearl River Prince”), another recently delivered vessel in the same operator’s fleet. The two newbuilds join seven other all-electric sightseeing vessels presently sailing on the Pearl River in compliance to the new environmental and vessel energy consumption regulations being enforced by the Guangzhou Port Authority. One of the objectives of the regulations is the promotion of the nighttime electric cruises along the Pearl River as viable tourism activities for both local and international visitors to Guangzhou province.