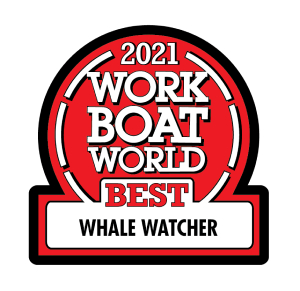 Baird Maritime has seemingly and for years featured impressive examples of Teknicraft’s art and science. The firm’s unique adjustable hydrofoil system improves both economy and sea-keeping but it is nevertheless enhanced further with an active ride control system. Combined, they provide a safe and comfortable ride for this whale watching vessel’s passengers despite the often turbulent conditions in which the vessel operates.

“Te Ao Marama is an evolution of the six earlier Teknicraft-designed vessels built for Whale Watch Kaikoura (WWK),” the designer told Baird Maritime, “as well as the largest and fastest vessel to join their fleet.”

The vessel is fitted with Teknicraft’s proprietary dynamic hydrofoil system that enables the skipper to adjust the foil’s lift and drag properties with a touch of a button. This capability ensures that the dynamic lift is always optimised depending on the load, speed, and sea state environment the vessel is operating In.

The vessel also features a quad propulsion system, which Teknicraft said proved to be lighter and less expensive when compared to a traditional twin engine/jet system of equivalent total power. The smaller engines are ideal for a long narrow catamaran hull as there is more space in the engine room around each engine, which is valuable when it comes to serviceability.

The vessel was designed to maximise passengers’ viewing capabilities throughout by including tall windows, with low sills in the cabin and creating open, walk-around decks for 360-degree viewing. It was also designed with a unique grandstand-type viewing platform at the bow where passengers can congregate to observe the sea life with no obstructions.

Despite the vessel’s many innovative features, the design work that went into Te Ao Marama presented “no difficulties” for the Teknicraft team.

“To prevent any surprises,” the company told Baird Maritime, “we performed thorough CFD analysis at the onset of the design phase and accurately predicted the performance well in advance.”

When asked about naval architecture’s present status and direction, Teknicraft said that battery and hydrogen power sources will become the norm over the next few years, though there is still significant work to be done by both classification societies and national marine authorities to create practical standards for naval architects to design vessels with hydrogen energy systems.

“Although we don’t expect any significant growth in the NZ market, we are sure the trend will be to move to hybrid and pure electric energy powering passenger commuter and tourist vessels.”

The company remarked that 2021 was, “a good year with many vessels built in the USA and New Zealand.” However, it added that it will probably take another year or two before the tourist numbers return to their pre-Covid levels.

“Even though most countries are likely to open their borders soon,” Teknicraft told Baird Maritime, “it will take time for tourists to regain confidence to travel as freely as they did before.”