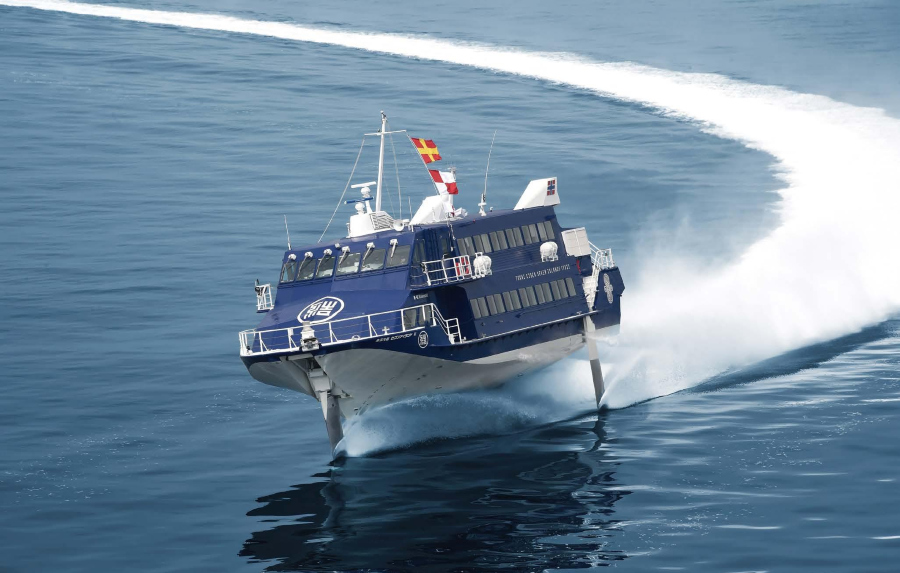 The ferry has been aptly named Seven Island Yui, yui being the Japanese translation of “connecting.” The choice of name was mainly because the ferry would “connect” Tokyo with the seven main islands of the Izu Archipelago via its largest island, Oshima.

The newbuild was constructed under licence by Kawasaki Heavy Industries (KHI) using a hydrofoil vessel design that had originally been developed by US aerospace company Boeing in the 1970s.

The vessel has an aluminium hull, an LOA of 27.4 metres with the hydrofoils lowered, a moulded beam of 8.5 metres, and capacity for 241 passengers. The onboard seats are barrier-free and the stairways feature elevating chairs, thus ensuring better accessibility for elderly and disabled passengers.

Besides the prominent dark blue livery – whose colour design was provided by Asao Tokolo, the designer of the official emblems of the (now postponed) 2020 Tokyo Summer Olympic and Paralympic games – the most notable features of the new ferry are the fully submerged hydrofoils, which offer significant improvements over the semi-submerged foils found on more conventional hydrofoil vessels. These benefits include more precise attitude control – thanks to an automatic control system – and greatly reduced pitching and rolling.

The fully submerged foils allow the ferry to sail at high speeds while providing a smooth and stable ride even in wave heights of up to 3.5 metres. These also enable the vessel to make banking turns similar to how an aircraft banks to change direction more smoothly. Further, turns can be made without reducing speed and without subjecting both passengers and crew to uncomfortable centrifugal forces.

Once “foilborne” sailing is achieved, Seven Island Yui could reach speeds in excess of 43 knots. The ferry is therefore able to complete the one-way Tokyo-to-Oshima route in as little as one hour and 45 minutes whereas vessels that rely on more traditional propulsion systems would take over four hours to cover the same distance.

Foilborne sailing also generates a noise level of only 60 dB when heard from inside the ferry’s interior – the same level of noise typically generated during normal conversation.

The inclusion of fully submerged foils also eliminates the need for dedicated port facilities, particularly custom gangways through which passengers would embark and disembark. This is not the case for a conventional hydrofoil vessel, which would require facilities for keeping the hull a certain distance away from the pier due to the foils protruding on both sides of the hull.

Control of the foils and of the vessel itself can be performed by only one operator from the bridge. During normal sailings, the operator holds the helm with the right hand and the foil depth control lever with the left. This latter control column manipulates the foils to enable the hull to maintain a certain relative height above the water surface – an attribute that becomes invaluable in instances wherein waves get too high and end up hitting the hull bottom, reducing speed.

Seven Island Yui has been jointly operated by Tokai Kisen and the Japan Railway Construction, Transport, and Technology Agency (JRTA) since its delivery on June 30 of this year. It joins two older hydrofoil ferries that are also currently serving the Tokyo-Oshima route. 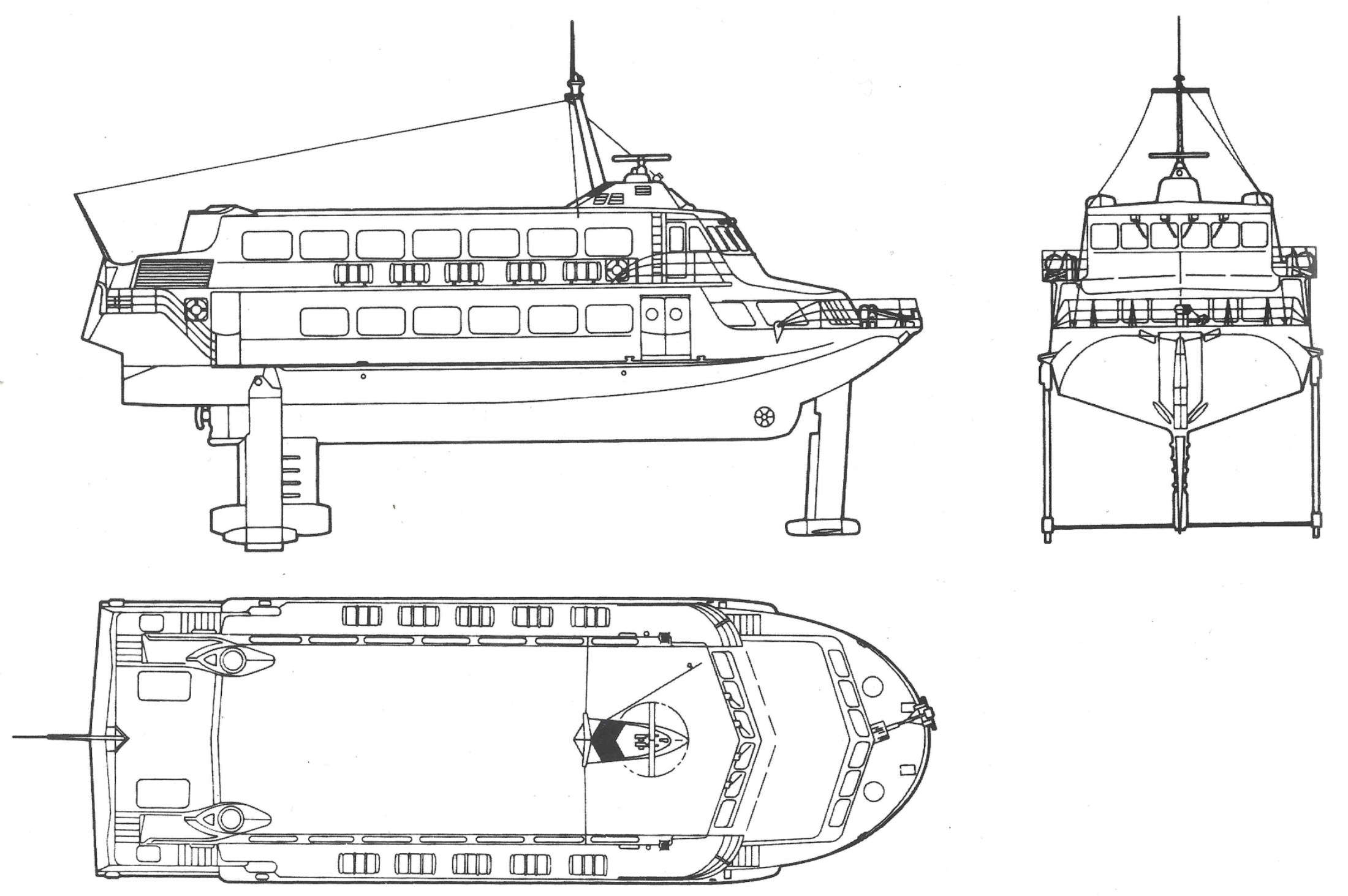