Outfitted at the Khlong Dan facilities of southern Bangkok-based MariArt Shipyard, the vessels are each powered by an integrated battery-electric propulsion system that promises quieter and more environment-friendly daily operations in the canals of the capital city. These 12 ferries have since augmented the existing fleet of seven electric boats that were introduced into service in those same waters by the BMA in December last year.

The switch to electric propulsion was the result of the BMA’s decision to lower the total overall costs and the maintenance requirements of its fleet of ferries. These were in line with a project initiated in 2014 by Thai Prime Minister Prayut Chan-o-cha with the goal of making the country’s capital city the “Venice of the East” by introducing more modern and more eco-friendly commuter and tour boats within its vast network of canals. 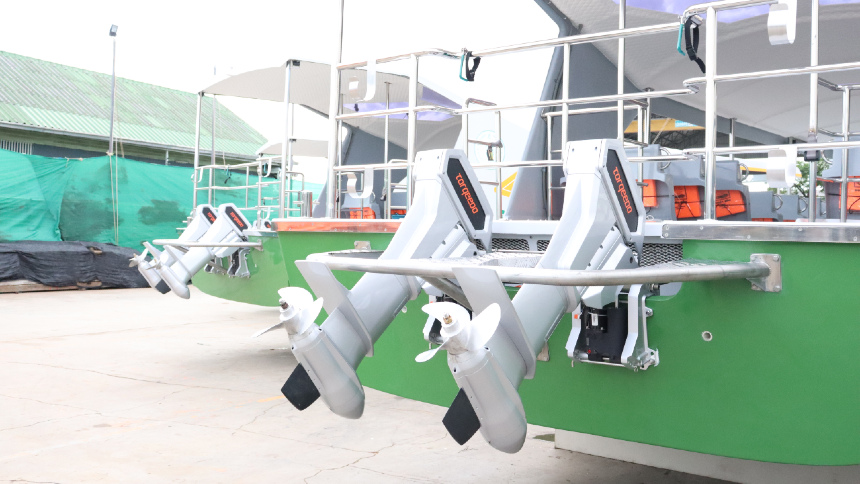 A full charge of the batteries will enable each ferry to sail for up to three hours at normal cruising speeds. Charging, however, is done outside the boat, with the preferred method instead being the swapping of nearly depleted batteries with fully charged ones. MariArt said that swapping takes only 10 minutes, allowing the ferries to spend only brief periods at berth during turnarounds.

With an FRP construction, a length of 14.5 metres, two bicycle racks, and capacity for 40 passengers each including two wheelchair-bound individuals, each ferry is composed of three main hull sections with watertight bulkheads. In the event of water ingress, this configuration will allow the vessel to remain upright long enough for passengers to be safely evacuated.

The new electric vessels will enable the BMA to extend its daily commuter service to the inner city area of the capital. A portion of the fleet will operate in the waterways that connect Bangkok’s famed Chao Phraya River to Prachinburi province via a canal that is 72 kilometres long and passes through 21 districts. Although they will serve on different routes, the 12 ferries will primarily operate as shuttle vessels to and from the Bangkok city centre.

The new BMA electric commuter ferries will be part of an interconnected electrified transportation network that also includes electric buses, a monorail train, and the conversion of hundreds of the city’s obsolescent three-wheeled “tuk-tuk” taxis. 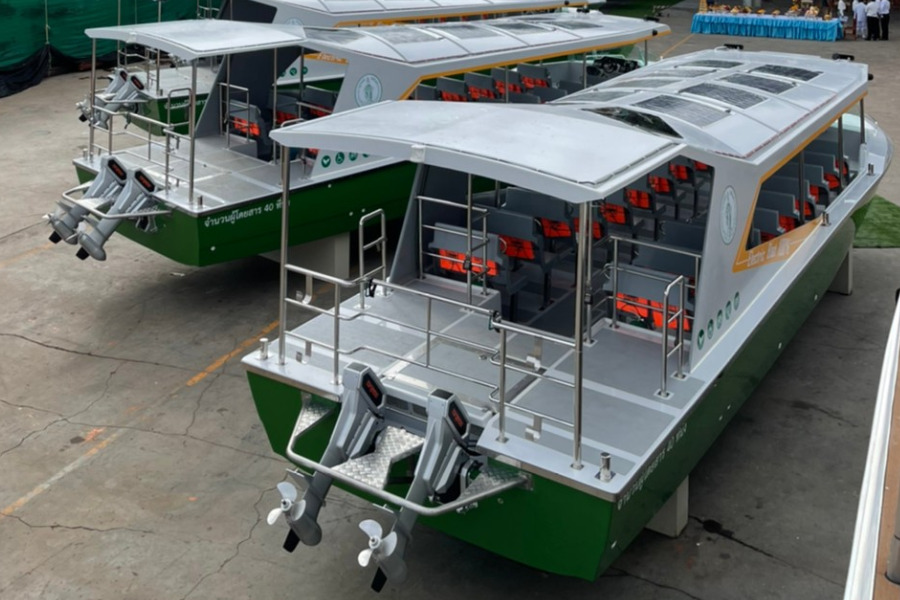