Designed by naval architects Mer et Design, the 30-tonne, 19.89- by 4.8-metre Askea will be operated as a shuttle ferry as well as a boat for private excursions off the coast. Space is available for up to 98 passengers in addition to the crew of two.

“During the build process, we realised the viability of the foldable aft platform. It will thus become an optional feature on our future newbuilding projects.”

The only major issue encountered during the construction of the vessel lay in the financing aspect, as ODC Marine said the Covid-19 pandemic forced banks to operate at reduced capacity, making them hesitant to support newbuilding projects. Nonetheless, local bank Banque Populaire provided the necessary support.

Askea was designed to be capable of reaching a maximum speed of 20 knots and a cruising speed of 17 knots. The hybrid propulsion includes an all-electric mode that will enable zero-emission sailings for more than two hours at six knots. This navigation mode will be utilised when navigating in harbours and near protected areas.

A 10kW bow thruster from Side Power provides added manoeuvrability for navigating in more restrictive waters such as those in harbours. Steering is done with the aid of an electro-hydraulic system from Lecomble and Schmitt.

Askea’s navigation electronics include a Simrad radar and an Airmar depth sensor. Monitoring of these and all other systems including those related to propulsion is done from the helm station with the aid of a tailor-made system supplied by Marinelec Technologies.

The interior spaces meanwhile have Flexiteek synthetic teak decking, aluminium seats, and aluminium honeycomb panel tables. There are two toilets, including one designed for use by individuals with limited mobility. Mäder water-borne low environmental impact paint was meanwhile used for the exteriors.

A Survitec liferaft is also available for when evacuation of the vessel becomes necessary. 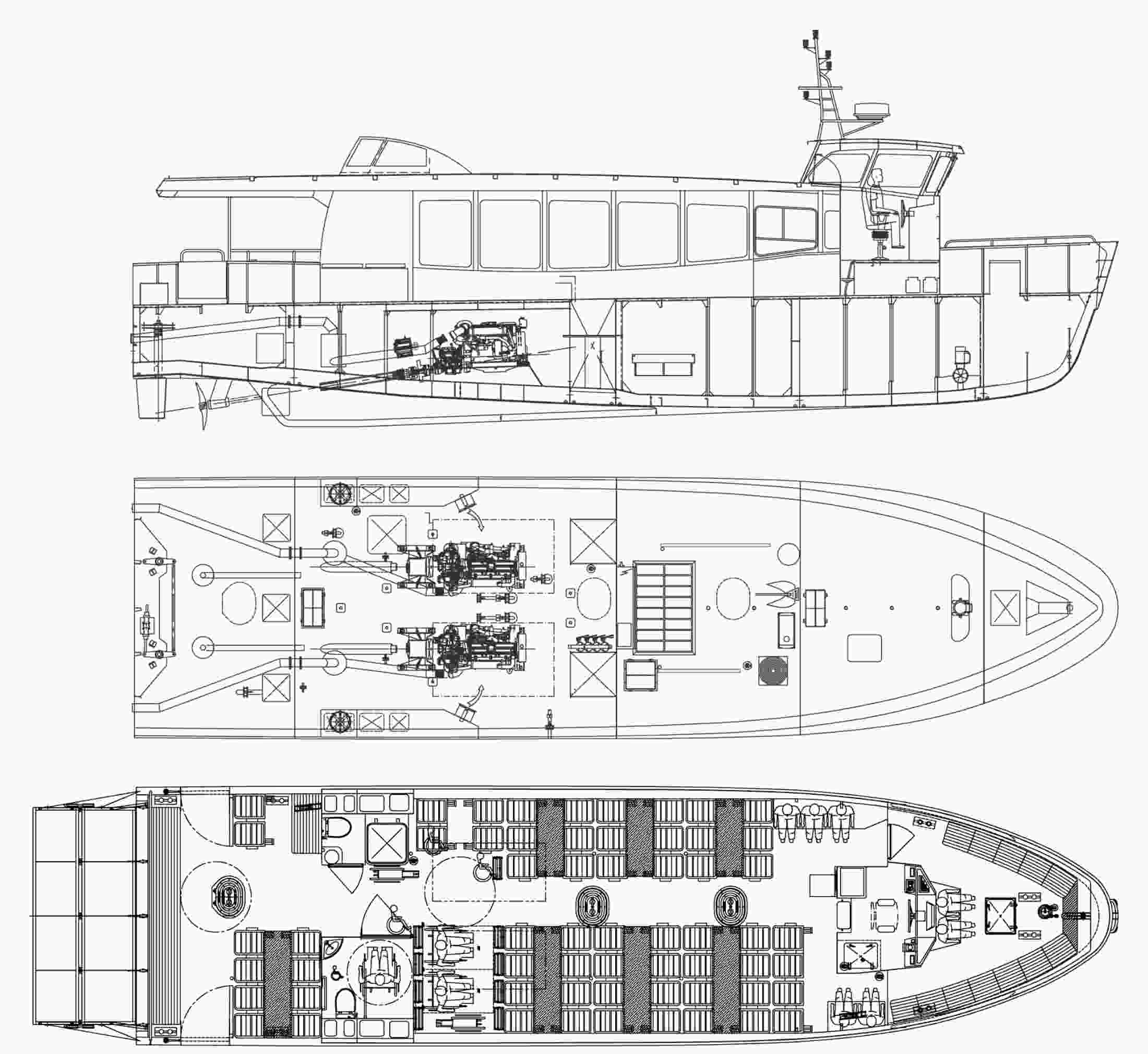