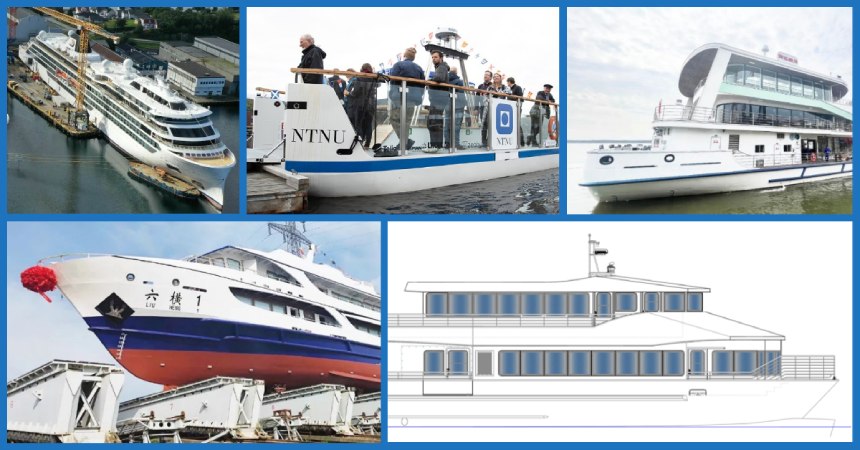 Recent deliveries include a new cruise ship for a US operator and two new river tour boats in China. An Alaska tour company places an order for a new sightseeing catamaran for use in the state’s southern coastal waters. Lastly, a Norwegian university has begun trial sailings of a new ferry featuring both electric propulsion and autonomous navigation technology.

The Norwegian University of Science and Technology (Norges teknisk-naturvitenskapelige universitet; NTNU) has begun conducting operational trial sailings of what it claims is the world’s first urban autonomous passenger ferry.

The NTNU-designed autonomous ferry MilliAmpere 2 is now running shuttle traffic across the main channel in Trondheim until mid-October. The public may ride on the ferry during the trial period.

NTNU said this is the first time a self-propelled electric passenger ferry has been put into trial operation along urban waterways.

MilliAmpere 2 is a larger variant of MilliAmpere, an earlier NTNU-designed autonomous ferry prototype that was completed in 2016. The newer vessel is also equipped with a greater number of collision avoidance sensors such as rangefinders, cameras, lasers, and radar.

In addition, sensors have been installed to give an operator in a land-based control room a better understanding of the situation to be able to take over control of the ferry should the need arise.

Viking Polaris was especially designed and developed for expeditions in Antarctica and North America’s Great Lakes. It will operate in these areas alongside sister Viking Octantis, which was delivered in December 2021.

The newbuild will be operated primarily in the rivers of the city of Wuhan in Hubei province.

Phillips Cruises and Tours of Alaska has placed an order for a new high-speed sightseeing vessel to be built by a shipyard in Bellingham, Washington.

The 84.5-foot (25.7-metre) vessel will be a semi-displacement, aluminium catamaran developed by Nic de Waal of Teknicraft Design in Auckland, New Zealand. It is scheduled for delivery by May  2024.

The vessel will be operated on daily sightseeing tours of Prince William Sound off Alaska’s south coast.