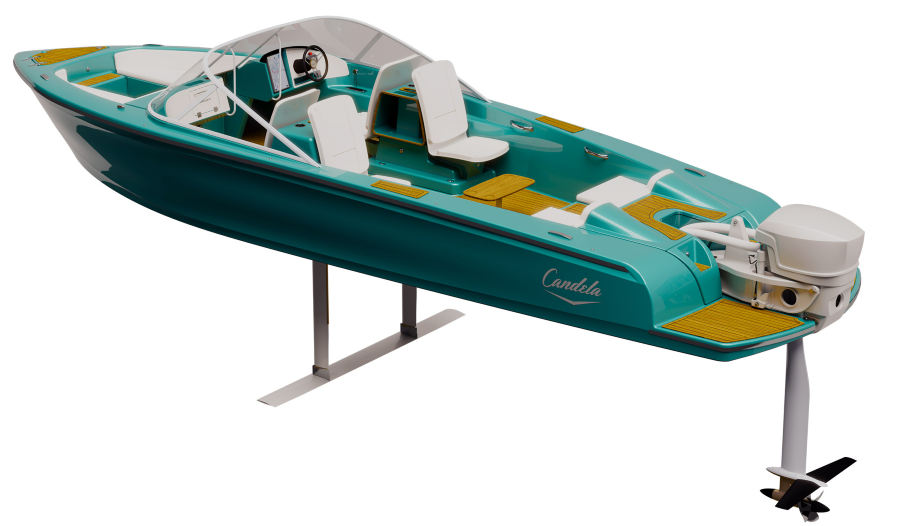 As part of the International Hydrofoil Society’s 50th Anniversary on-line conference during October-November this year, Gustav Hasselskog, the founder and CEO of Candela Speed Boat in Sweden, gave a presentation on the development of the world’s first series production electric hydrofoil pleasure craft.

Mr Hasselskog, a mechanical engineer, and having already served as CEO of several larger Swedish companies, founded Candela in 2014 after being motivated by his frustration over the inefficiency of internal combustion-powered planing motorboats and the inability of boats driven by electric power to travel fast.

In his presentation, Mr Hasselskog explained that pleasure boats (such as his 7.62-metre motorboat) consume around 15 times more fuel than do motor vehicles. At the same time, currently available batteries have around 15 times less energy density than petrol or diesel fuel. On the face of it, the combination of the higher resistance of boats and the low energy density of batteries than fuel would, as he put it, make a fast electric powered boat “a super bad idea”.

Not a bad idea after all

However, through a combination of lightweight construction and the adoption of hydrofoils, a substantially lower resistance could be achieved compared to a traditional planing boat of similar capacity. He indicates that the vessel’s energy consumption per nautical mile is around 80 per cent less than those of competing boats of similar size (and speed).

With the help of his partner and investor Christer Von Der Berg, who provided finance for the company from February 2015 onwards, and a skilled team of employees, Candela was able to produce its first prototype electric foiling boat in June 2016 and successfully had it flying in a stable manner by 2017.

Following further refinement, the first delivery to a customer occurred in June 2018, with series production underway by June 2019. To date, 18 boats have been shipped while a total of 28 have been sold. There are plans to produce thirty such boats during 2021 alone.

Mr Hasselskog acknowledged that development of the boat wasn’t without its challenges. In particular, design and manufacture of the custom power transmission system using bevel gearing in a streamlined propeller hub was a very challenging task requiring special manufacturing processes for the gearing. Ventilation of the foils was also a matter that needed to be resolved. 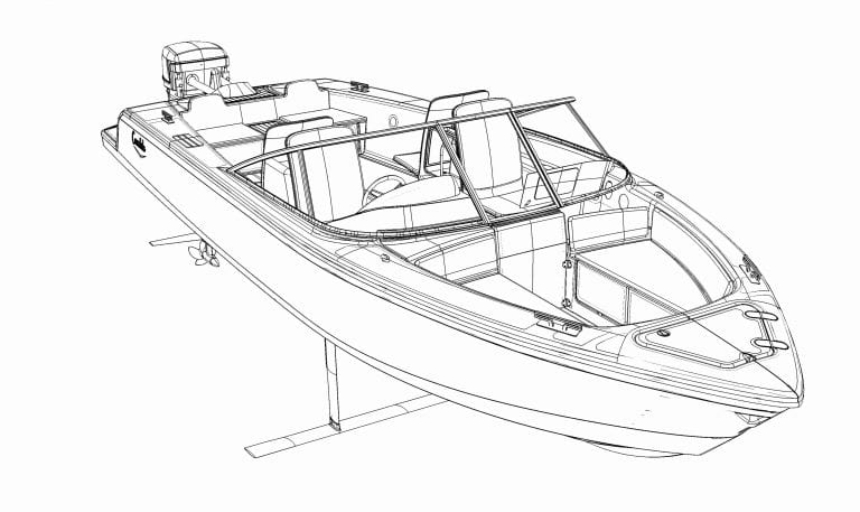 The vessel adopts a fully submerged foil system with a 2.4-metre span bow foil supported by two slender struts carrying around 90 per cent of the boat’s weight while the integrated rear T-foil and propeller drive support the remainder of the weight.

The main foil provides the dynamic stability for the craft with incidence control provided via the hydraulically actuated pair of struts. Roll stability is provided by differential control of these struts resulting in a spanwise twist of the flexible main foil, which had to be constructed using carbon fibre to allow torsional flexibility while at the same time providing sufficient bending strength and stiffness.

The controller for the foil control operates at a rate of 100 Hz with inputs from gyros, accelerometers, ultrasonic height sensors, and a helm sensor. The latter allows the controller to provide coordinated turning manoeuvres using a combination of helm and foil twist, much like that of an aircraft.

The incidence control of the stern leg/foil is intentionally regulated at a significantly lower frequency than control of the main foil to uncouple any direct interactions between the set of foils. A degree of redundancy is provided in the sensor systems.

In order to provide an endurance of about 50 nautical miles at a foilborne speed of 20 knots, which requires about 16 kW of sustained power, it was necessary to make widespread use of carbon fibre construction for the hull. The hull shell therefore displaces only around 105 kilograms with the internal support structure displaces around 90 kilograms and the deck a further 90 kilograms.

The unladen boat including the drive unit and outfit is about 1,300 kilograms. Mr Hasselskog noted that in future, it may be possible to reduce production cost through accepting an increase in hull weight using less expensive raw materials once battery energy density advances further.

A host of benefits

The motor driving the craft is a Torqeedo 80 electric engine rated at 55 kW, though this power level is only required for take-off, with power input settling to a mere 16 kW when flying foilborne at around 20 knots. The battery is a BMW unit of 40 kWh capacity, also supplied through Torqeedo.

The maximum speed of the vessel is restricted to 30 knots though a speed of 35 knots had been demonstrated during testing. It becomes foilborne at around 12 knots with only two people on board and 17 knots with an increased load. It is able to operate foilborne in waves of around half a metre in height.

The current boats incorporate an extensive data logging system as standard. This logs around 280 parameters at a rate of 10 Hz, all of which can be monitored remotely by Candela for diagnostic purposes. The boat also comes with a mobile app to allow the owner to track boat performance via mobile device.

In addition to low energy consumption considering its speed and capacity, other benefits of adopting hydrofoils and electric propulsion are the low wave wake, minimal noise, and smooth ride achieved in moderate waves.

Mr Hasselskog noted that the cost of batteries for the automotive industry, with its greater sale volumes, is about a quarter that of the equivalent battery for the boating market. While Candela examines ways in which the production costs can be reduced to widen the market for the boat, the current clientele are typically entrepreneurs themselves willing to invest in and take risks with new technology.

Commenting on the boat building market in general, Mr Hasselskog noted that there seem to be hundreds of manufacturers in contrast to the car manufacturing industry where there are far fewer manufacturers despite the far greater numbers of sales. It therefore comes as no surprise that boat building is a very competitive market with slim margins.

Looking towards the future

Aside from now developing a new and larger electric hydrofoil pleasure boat, the company is now also turning its attention to a proposal for a public transport ferry concept again drawing on the combination of hydrofoil support and battery/electric propulsion. Interest in such craft has been shown by the city of Stockholm, two Norwegian cities, as well as operators in Saudi Arabia and the UAE.

The approach to this project is that it would be an “on demand” service with users deciding the route rather than operating regular scheduled services. The intention is also that the craft would be autonomous, so considerable development effort is required for control and collision avoidance.

The advantages of such a craft for city use include reduced emissions in the area of operation and, thanks to the limited foilborne wake, the ability to operate at higher speeds than would otherwise be possible.