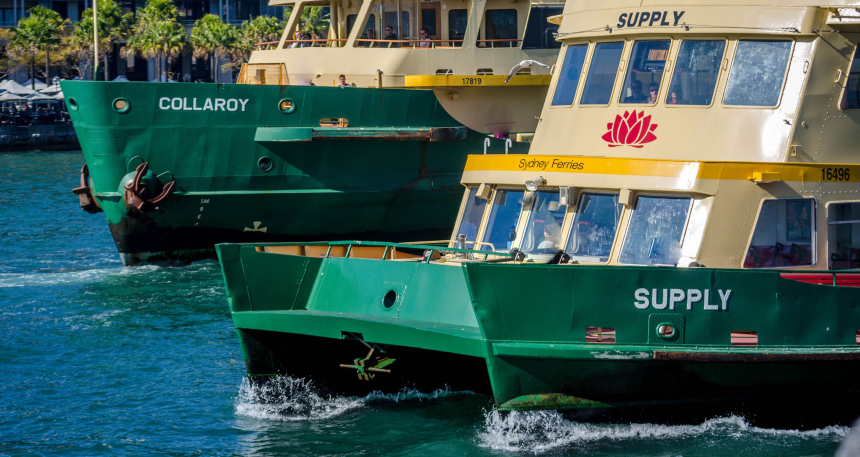 Regular readers may recall my article of October 31 last year titled Sydney Ferries fiasco. Well, my questioning then of the competence and honesty of the Liberal/National coalition government in the Australian state of New South Wales (NSW) has returned with a vengeance.

It appears now that it was no wonder that the government and its hapless (or is it hopeless?) Sydney Ferries bureaucrats tried to conceal the seemingly insane AU$1.3 billion (US$940 million) new ferry project at the time.

The overall handling of the project and its announcement has been very suspicious. Why was such a large project not put to open tender? Why were none of Australia’s world-leading builders of fast aluminium ferries even asked to apply for the job? Why was the largest ship builder in NSW, which could easily have successfully completed the project, not so much as contacted? What did this hapless, hopeless government have to hide?

At the time, I posed several other important questions about the project. The even more useless Australian Labor Party opposition did nothing to query this enormous and completely misguided project. Opposition leader Jodi McKay did nothing, announcing in an October 23 press release that she was constrained because it was a “done deal”. What on earth do we pay our politicians for?

Given the bumbling incompetence, and its attempted concealment, by the state government and its opposition, I assumed this project was a disaster in the making. Well, unsurprisingly, it already is. Recent general media reports have already exposed the presence of asbestos in the first of the Indonesian-built River-class ferries.

Can you imagine asbestos being built into a ferry in 2020? What were the government’s surveyors doing? Were they even present? Several equally effective insulating media are readily available that carry none of the dangers of asbestos.

What is the NSW government going to do about that fiasco? Probably nothing, but they should send the ferries back to their Indonesian builder at the builder’s expense for replacement. No doubt their purchase contract, which would have been drafted by geniuses in the government, will not even allow for the possibility of asbestos. They will almost certainly have no provision for restitution.

It gets worse, much worse. The ferries were designed with an observation deck on the cabin roof to enable passengers to enjoy the breeze and the view on their voyage up the Parramatta River. Now, it appears that the designers failed to take into account the air-draught of the vessels. At higher tide levels, such upper deck passengers will either have to “duck” or be decapitated by two of the bridges on their route.

The incompetence and negligence of all involved is mind-blowing. Presumably, the Sydney Ferries solution will simply be to eliminate access to the upper deck, reducing their seated passenger capacity by 10.

These are early days, the ferries having only just arrived in New South Wales. Presumably, other faults will be found and the Maritime Union has not even commenced its usual whining. We will hear more and, given its performance to date, Sydney Ferries will inevitably make things worse while trying to cure their problems.

Of course, these are just the ten smaller and simpler River-class boats. What disasters will follow the delivery of the three larger and more complex harbour ferries being built in China? What disasters, too, can we look forward to when the new police patrol boats, conceived by essentially the same team, are delivered?

It’s a typically unholy and utterly predictable mess. As a resident of New South Wales, I am unimpressed. This ferry fiasco proves, yet again, the importance of transparent governance. Shakespeare, as usual, was correct: “Oh what a tangled web we weave, when first we practice to deceive.” Perhaps the state’s politicians and bureaucrats should be sent back to repeat secondary school English lit.