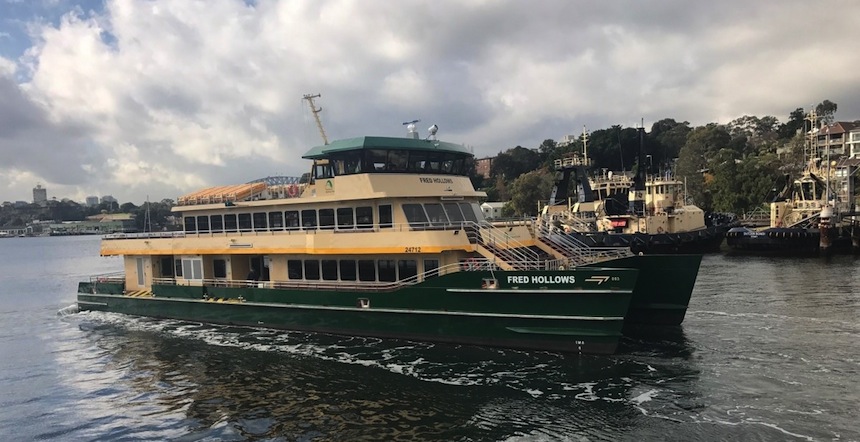 Australia: It could be said that the only thing keeping the New South Wales Liberal/National coalition state government in power is the even greater incompetence of its Australian Labor Party (ALP) opposition. If the latest controversy over the renewal of the Sydney Ferries fleet is any indication, the Gladys Berejiklian-led coalition is certainly not an exponent of open government. The opposition has only now awakened to an announcement made in February.

Unusually, the announcement about Sydney’s ferry renewal was made from Liberal Party headquarters and not from the Minister for Transport’s office. Sure, the party was in election mode but what were they doing issuing a press release announcing a AU$1.3 billion (US$0.9 billion) project in such an underhand way?

What was the government trying to conceal? Why will just 13 comparatively simple and small ferries cost $1.3 billion? That figure appears grossly excessive. Or, does that include running and maintenance costs for nine years as mentioned in one report? Why would the government not be more transparent?

Given their shenanigans with the Northern Beaches and Mona Vale hospital projects, for example, taxpayers have every right to be suspicious.

It has since been fully revealed, in an October 23 press release from Opposition Leader, Jodi McKay, that the fleet replacement was a “done deal” by February 27 when the Liberal Party announcement was made.

I heard in early February that a couple of Australia’s leading ferry builders had been approached with a vague invitation to tender for the ferries. They advised me they had spurned that. So had at least one leading firm of naval architects. None could be bothered to respond as they had such bad previous experience in dealing with Sydney Ferries and were incredibly busy anyway.

The subject went quiet for a few months and has only now been revived by Ms McKay who, in the usual ALP manner, has rather confused the facts.

Simply put, after endless problems, mainly with the maritime union, the operations, but not the ownership, of Sydney Ferries has effectively been privatised. The business is now operated by the French owned transport conglomerate, Transdev. Transdev seems to have eliminated most of the state government’s ferry problems.

Except, that is, for the strange way that the ferries were ordered and the almost complete concealment of the project and its quantum from the taxpayers of NSW. While Ms McKay has revealed the reality of the project, she has confused some of the facts. She, naturally, takes the part of her rapidly dwindling band of trade union supporters. They, of course, were the major reason for the problems at Sydney Ferries and the relative absence of shipbuilders in NSW.

However, she is partly correct. The ferries could have been built locally, as she complains, but the only company in the state with experience in building ferries of the size ordered is Harwood Marine of Yamba in Northern NSW.

Strangely, Harwood was not even approached or invited to tender. Indeed, Ross Roberts, the managing director of Harwood, was unaware of the government’s intentions regarding the ferry order until very recently. He has been busy with a major expansion of his company’s facilities including, ironically, a 60-metre shed in which large aluminium ferries could be built. Equally ironically, youth unemployment at Yamba stands at 23 per cent, probably the highest in the country.

Apart from Transdev, which, deservedly, will probably do well from Sydney Ferries’ inadequacies, the other major winner will be another Northern NSW company, Birdon of Port Macquarie. It has contracted to build the ferries in China and Indonesia on behalf of Transdev.

Birdon is a highly reputable company, as is Transdev. This fiasco is no reflection on either. The government may well get a good deal in the end. However, it is the opaque process that the government followed that is the problem. It is also a problem that the state opposition has been blind to such a major project. It is also a major problem that Harwood, a significant employer and highly reputable local shipbuilder was not even asked to express interest in the project. The taxpayers of New South Wales have not been well served by either side of Parliament House.

We have not heard the end of this.