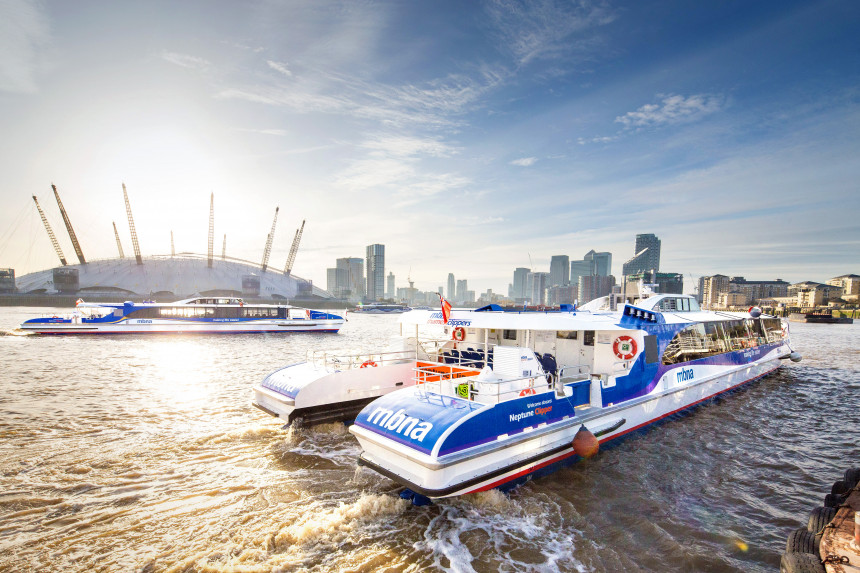 During the past twelve months I have, despite being supposedly “semi-retired”, travelled on countless ferries and tourist vessels of all shapes, sizes and conditions in five countries. I have toured six major ferry-building shipyards and have met and talked with a similar number of leading passenger ship builders. All have been very positive about the state of their market with one important exception: they cannot recruit enough skilled workers. That labour shortage is really the only thing holding them back.

Most are fitted with conventional diesel engines and propellers but a significant number have been provided with other propulsion systems. Waterjets and Z-drives are common and pure “plug-in” electric, hybrid, LNG and solar fuelled, even wind-powered, examples are no longer rarities.

Vessels have been built of steel, aluminium and FRP as well as of combinations of two or more materials. They are large and small and designed for riverine, littoral and oceanic operations.

Construction quality is generally very good and finishes are often impressive. Most are designed and equipped with the environment in mind. Passengers, the wider public and governments are demanding that environmental friendliness be front of mind in the building, equipping and operation of new vessels. The environment, generally, seems to be accorded a higher priority than safety.

Of course, safety is now pretty much built-in per the requirements of national governments and the IMO. The percentage of multi-hulled craft increases steadily reflecting that fact. Generally, vessels, large and small, are significantly better designed and built than their predecessors. Durable materials such as stainless steel and carbon fibre are in widespread use. Wood is practically non-existent and well-proven fire-proof materials are the norm.

Interiors are much more stylish, comfortable and easier and cheaper to maintain. Even exterior coatings are easier to apply and much more durable. Most vessels are specifically designed for particular routes. The days of tarting up ancient, foreign-sourced ships, even in poor countries, seem to be coming to an end.

Ever-growing tourism and competition from low-cost airlines ensure that standards of style, comfort, safety and reliability are continually rising. Passengers, again, even in poor countries, are quite correctly becoming ever more demanding as far as those standards are concerned.

Passenger vessels, like most ships and boats, are now specifically designed with fuel economy, low emissions and low wash in mind. The vessels and the terminals they operate from are designed for the fastest possible turn around times. Most owners now recognise that efficient turn around is a significant factor in the profitability equation. Loading and unloading of passengers and cargoes is both quick and simple.

Ro-Pax vessels, large and small, fast and slow, are invariably now designed and equipped to ensure rapid loading, stowage and effective, fast lashing of vehicles. After the disasters and scares of the last couple of decades, the vehicle decks of modern Ro-Pax ferries are designed for easy, thorough and quick cleaning so as to be kept immaculate and safe. Current fire prevention, detection and extinguishing systems are first rate.

The pure passenger sector, whether it be large, small, oceanic, coastal or riverine, is developing rapidly and becoming very competitive. The number of cruise ships working in the Caribbean, Mediterranean, South East Asia, Baltic or Pacific is enormous. The same applies to the major rivers of Europe, China and South-East Asia. The ships operating there have to be modern, efficient and luxurious to compete.

It seems we are about to see substantial growth in the commuter ferry market as road traffic in larger cities is choking them to a point of total inefficiency. If a river runs through a city or the city is located beside a substantial estuary or bay, the pleasures and economics of ferry travel are becoming more attractive than the convenience of cars.

Big harbour cities like Hong Kong, Sydney, Istanbul, New York, San Francisco, Vancouver, Venice, Stockholm, Rio and many others have always benefitted from attractive commuter ferry services but now they are being established in river cities. London, Brisbane and Bangkok, for example, have always had riverine ferry services but they are being rapidly developed and expanded and other cities are following them. Shanghai, Guangzhou, Ho Chi Minh, Hamburg, Paris, Cairo, even Hobart and Melbourne and many others have real potential in this respect.

Regular readers of Baird Maritime/Work Boat World will be well aware of many of these important developments. However, this, the first of a regular and frequent series of “Vessel Weeks” will give readers an excellent overview of the latest developments in the global passenger vessel market.