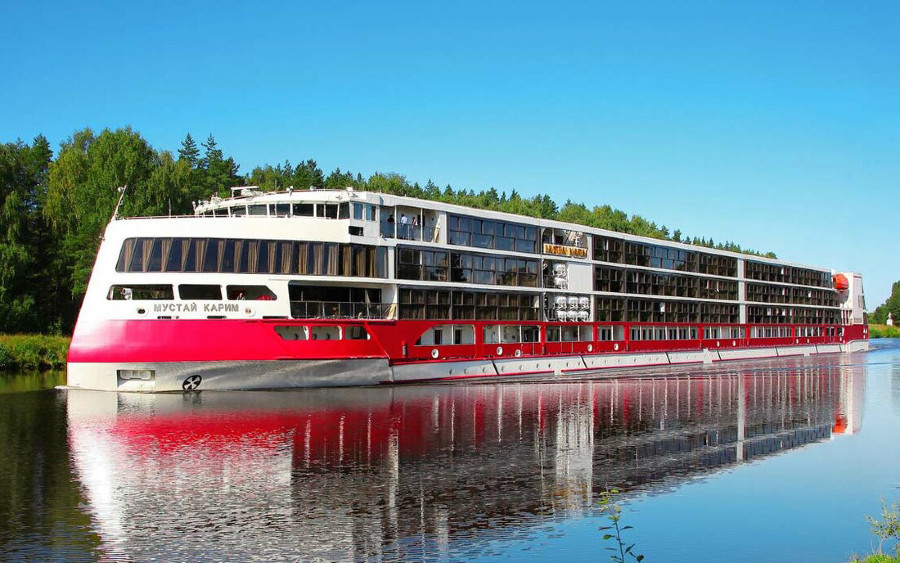 MEB has claimed Mustai Karim is the first river-sea cruise passenger vessel to be built in Russia in over 60 years. It belongs to the Project PV300 series, which was designed to be capable of operations in both inland waters and the open sea. Also, the vessel is intended to function as a “floating four- or five-star hotel” in accordance with the operator’s wishes.

“This is the first and the biggest passenger vessel whose dimensions satisfy the maximum limits of the Volga-Don shipping channel,” MEB told Baird Maritime. “It is also the only river cruise ship that is permitted to pass underneath the raised Neva River bridges in Saint Petersburg with passengers on board, thanks in part to a propulsion arrangement that includes two 360-degree rotating, fixed-pitch propellers, a 530kW bow thruster, and an efficient hull form. This arrangement also allows the vessel to moor in Saint Petersburg’s historical city centre, which is a favourite destination among tourists.” 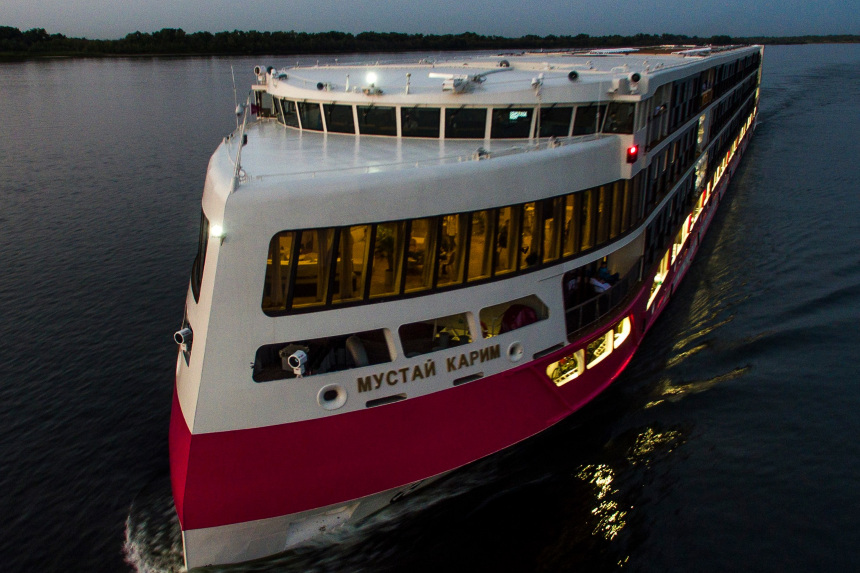 The newbuild has an LOA of 141 metres, a beam of 16.8 metres, and a maximum draught of three metres. With the ability to sail in wave heights of up to three metres as well as in areas with thin surface ice, the vessel can easily navigate under a broad range of sailing conditions typical in waterways that include the Volga and Don Rivers and even the more open waters of the Black Sea, the Caspian Sea, and the Sea of Azov.

Two heavy fuel oil-powered engines that each produce 1,200 kW drive the two Schottel fixed-pitch rudder propellers (FPRPs) to deliver a speed of 12 knots and an endurance of 15 days. MEB added that increased manoeuvrability can be achieved when making wide-angle turns using the FPRPs. This makes it easier to operate the ship in narrow inland waterways wherein manoeuvring at speed would be impractical due to the reduced effectiveness of the rudders. 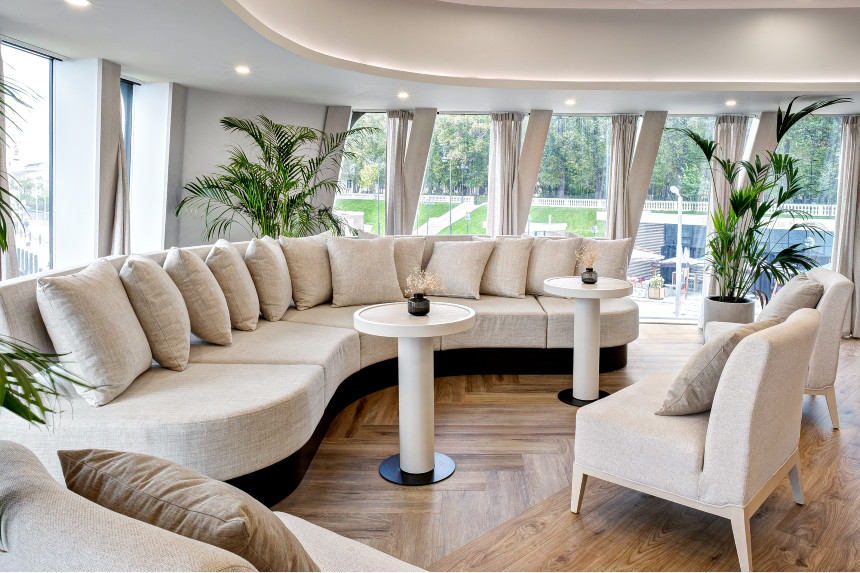 As it is intended to operate as a cruise ship for both river and open sea sailings, Mustai Karim presented some challenges to its designers.

“It became clear to us that the river-sea concept will have restrictions on passenger capacity, since the dimensions required for sailing in two differing types of waterways mean there will be limitations to just how much space can be allocated for cabins and other common areas such as restaurants. Also, the number of decks will be dictated by the vessel’s air draught.”

MEB said it was able to overcome these issues through solutions that included CFD modeling and towing tank tests to further optimise hull form as well as reinforcement through thickened steel sheeting in accordance with strength calculations. The result is a vessel that successfully conforms to modern cruise and hotel industry standards with improved comfort and a reasonable selection of modern amenities.

“The sea trials and the first operational sea and river voyages showed us that it is possible to create an effective hull design even with a greater length-to-beam ratio compared to most other passenger vessels,” the designer told Baird Maritime. 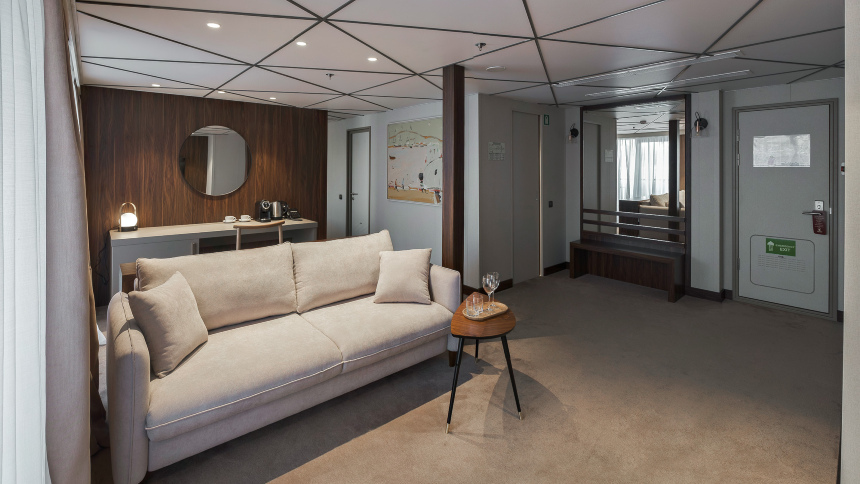 The four-deck Mustai Karim can accommodate 329 guests in 161 cabins in multiple classes as well as 144 crewmembers. The passenger cabins are mainly two-person staterooms with total areas ranging from 17 to 46 square metres each. The only exceptions are 11 suites including one designed specifically for passengers with limited mobility and an owner’s suite.

The onboard amenities consist of two restaurants including one with space for 329 guests, bars with panoramic views, a conference room with seating for 140 people, a wine cellar, a large sun deck, a live entertainment venue with 200 seats, a sports and fitness complex with spa, and a salon/barber shop. Access between the various passenger decks is via two lifts while all onboard spaces have internet connectivity and satellite TV. 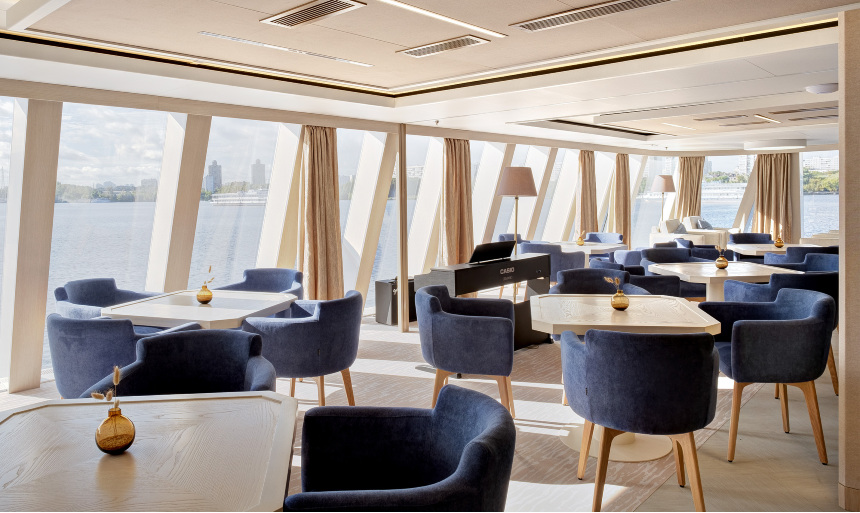 The vessel’s communication and navigation electronics include Transas X- and S-band radars and GPS, a sonar and depth sounder from Skipper, a Sailor satcom, a Jupiter magnetic compass, a Navigat gyrocompass, and a Sperry Marine autopilot. Power for the onboard electrical systems is supplied by three 760ekW diesel generators while a 150ekW generator will be reserved for emergency use.

Like the vessel itself, the onboard array of lifesaving equipment is fully compliant to Russian River Register (RRR) rules. The equipment includes two Palfinger 48-passenger fast rescue boats, 16 life rafts with capacity for 25 people each, and two marine evacuation systems that will enable the occupants to safely abandon ship without having to enter the water. 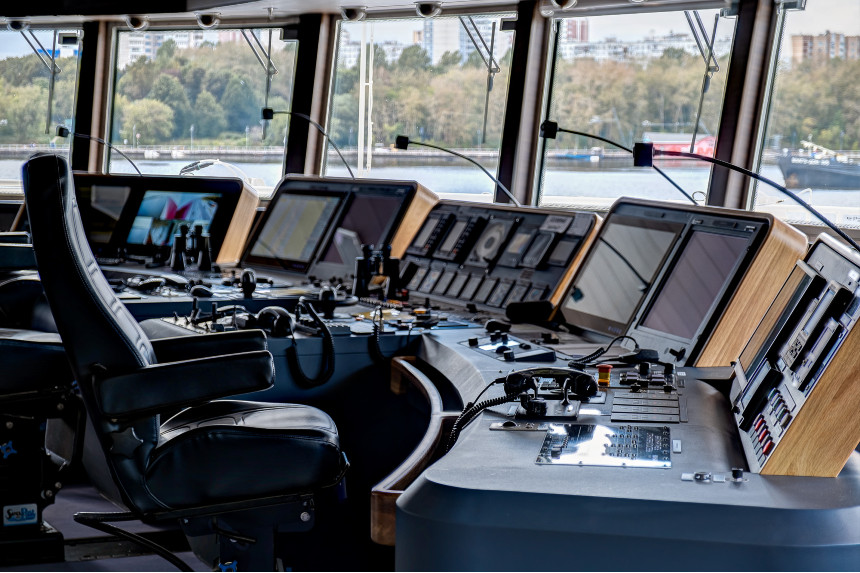 “To further improve fire safety,” MEB told Baird Maritime, “the vessel’s interior has been divided into main vertical zones with constructive and thermal barriers and installed detection and automatic sprinkler systems. We also made sure to limit the use of potentially flammable materials.”

The designer also configured the interior spaces so as to provide a passive means of restricting the spread of flames. This lowers the risk of fire reaching the escape routes in the event of an emergency.

Mustai Karim was built for Vodohod in fulfilment of a shipbuilding contract awarded by local conglomerate Mashpromlizing. The vessel is now being operated out of Moscow to destination cities that include Saint Petersburg, Astrakhan, and Rostov-on-Don. 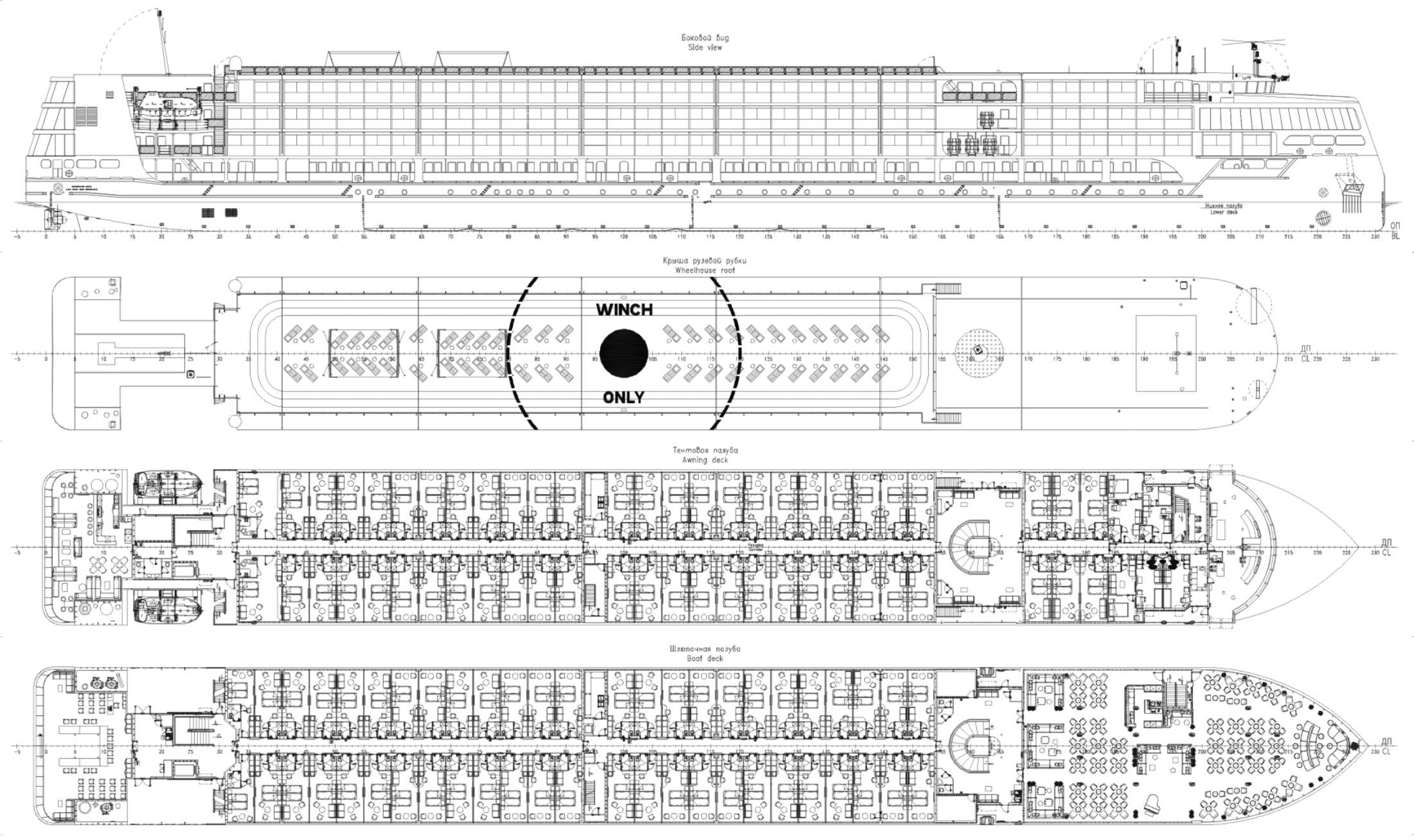