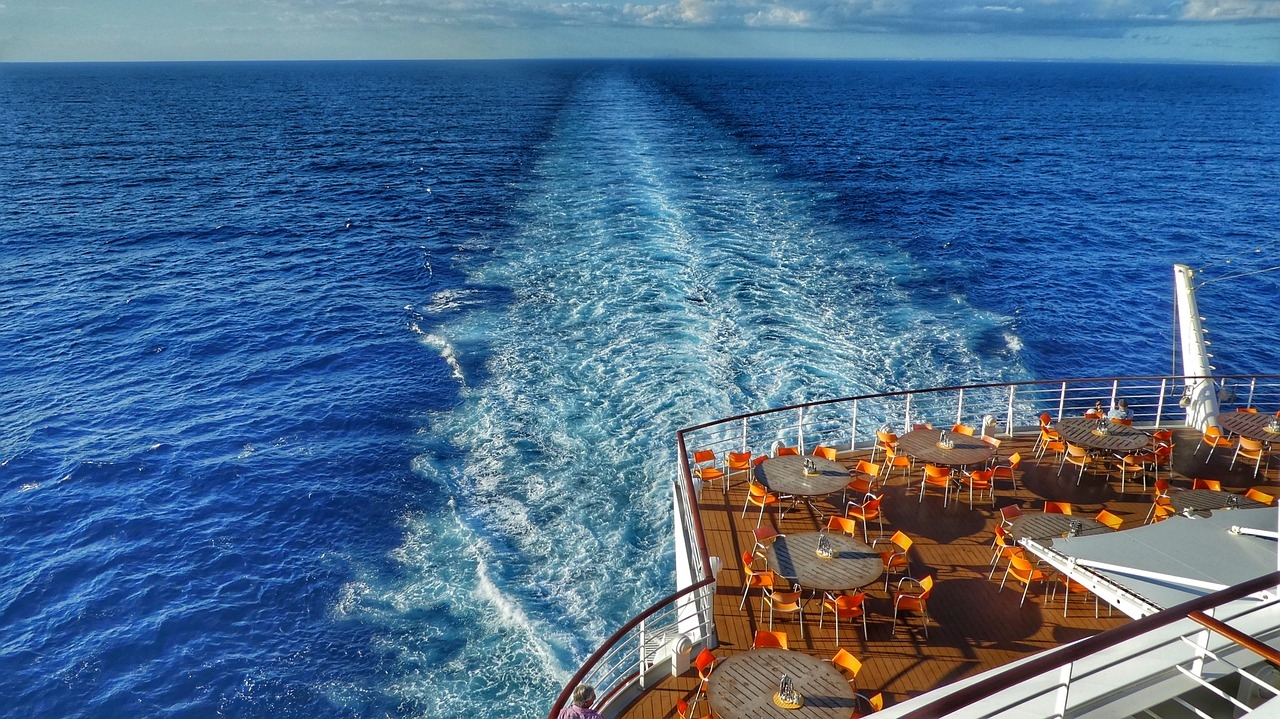 Nowadays, we are so attuned to the notion of “fake news” that we don’t even trust the weather report and completely believe only the date you find on the newspaper you buy from the newsagent. Nobody will lie about that, surely?

Nevertheless, there is a sort of integral charm in improbable stories, which makes you want to believe them, even when your better judgement tells you they are nonsense.

There was a very choice recent item, apparently sourced from Taiwan, which suggested that a major cruise ship operator was withdrawing one of its monster vessels from cruises based on China, because its clientele ate too much.

The ship was relocating next year to the west coast of the US, apparently, although it is hard to believe that Americans would eat any less. The story went on to suggest that middle aged ladies were the greediest, practically eating their own weight in the cruise ship’s restaurants and menacing the economics of the whole cruise operation.

One’s imagination tends to run riot when reading such items. Just imagine the horror on board if they actually ran out of food on one of these monster ships. In the days of sailing ships, regular victims of adverse winds and weather, starvation was nothing unusual and there was even an International Code of Signals flag hoist designed to ask other ships to spare them some grub.

And not that long ago there was the case of a big cruise ship which had suffered a total power “outage” mid-cruise, which led to the US Navy being scrambled to provide food and water to the ravenous passengers, all by then in contact with their legal representatives.

But would the passengers’ greed really lead to such an outcome? And would Chinese clientele be more likely to succumb to this vice than any other nationality?

I can remember sitting one evening on the Copenhagen-Oslo ferry watching in astonishment and admiration at the quantities of food my fellow passengers were piling onto their plates as they ravaged the smorgasbord buffet. They were like half-starved Viking warriors, who had rowed across the North Sea for a square meal on the coast of England, rather than respectable Scandinavian holidaymakers. Perhaps it was the sea air.

DFDS, I recall, had the catering arrangements down to a fine art, actually measuring the amount they sold at the bars aboard ship, against the live bands they hired, and booking musicians who literally drove people to drink.

It might be suggested that it is the catering arrangements themselves, and in particular the concept of the buffet, which leads people to a sense of vicarious entitlement as they ensure that they “get their money’s worth” when they front up to this cornucopia of comestibles.

I well remember when the first of such buffets appeared aboard the ferries across the English Channel, utterly bemusing the truckers who constituted the year-round clientele, and who had been accustomed to a dispiriting diet high in saturated fats and cholesterol. They quite literally, didn’t know what to make of this innovation, treating the Smorgasbord buffet as a sort of trough, starting at one end and ploughing their way to the other.

I can remember asking the Purser on one of these ships why they couldn’t supply healthier food. His answer was succinct and to the point. The customers, he said, “just wouldn’t eat it”. If it didn’t give you a heart attack, in their minds, it wasn’t worth chewing.

“If the plates are smaller, they will just build higher”

Greed is undoubtedly universal and can probably be attributable to genetics rather than nationality. Mind you, I remember following a coachload of Chinese tourists into a hotel in New Zealand for lunch, to find that they had cleared out the buffet completely, leaving nothing but some lettuce leaves and a few bits of a rather questionable pie for us.

The hotel took pity on us and made us a sandwich. But look at the behaviour in any outlet that offers a flat fee for a meal and just watch the towers of food the customers will be assembling on their plates. If the plates are smaller, they will just build higher. The nationality of the customer is immaterial.

I suppose if the cruise company had been worried about the food consumption, they could go and look for some bad weather, or, at the very least, retract the stabilisers. In his famous book of Edwardian England, Three Men in a Boat Jerome K Jerome recalls a coastal liner voyage he took where he was presented with two types of tariff, offering a set price for all meals during the whole voyage, as opposed to paying for each upon consumption.

The steward, cunning devil, assured him that the former was a far better bargain, but having shelled out for this, he experienced such sea-sickness, that he was unable to eat a thing for the entire trip.

But cruise ship catering is seriously big business, with the sheer numbers of people aboard these monster ships. The big terminal ports where cruises begin and end now see a throughput of tens of thousands of people, and the consumables they will get through on their voyage, handled in a single day and the itemised lists of these are quite astonishing.

It is mass marketing, logistics akin to that of several small towns and just shifting the stuff, in the narrow timeframe, is a story itself. The greed of the passengers is incidental.