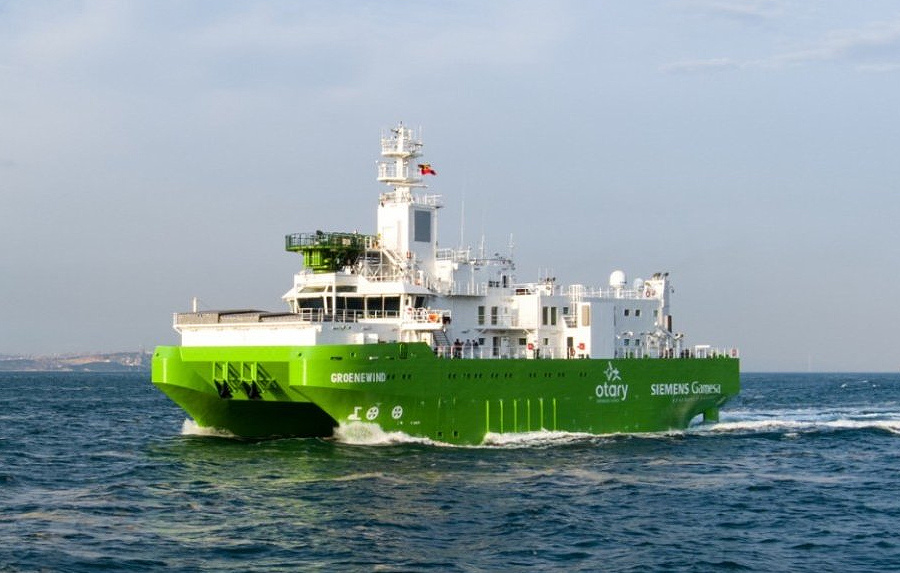 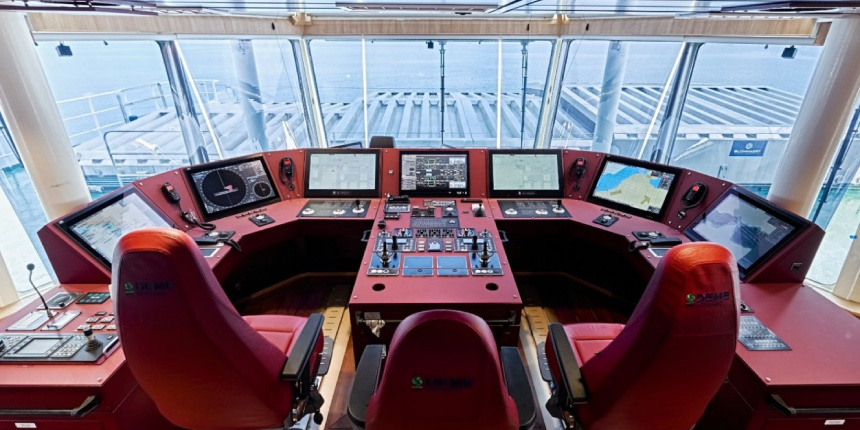 The SOV has a prominent small waterplane area twin hull (SWATH) design, which helps maximise stability even when sailing at higher speeds in rough seas. DEME claims the newbuild is the first DP2-equipped, twin-hulled SOV in the world and the first vessel of its kind slated to serve three different offshore wind farm sites.

Compared to a traditional monohull SOV, the SWATH design ensures low impact on movements whenever the vessel approaches wind turbines and also guarantees safer crew transfers even in significant wave heights of up to 2.5 metres. The vessel’s DP2 technology means that it can hold its position in rough seas but at the same time operate with lower fuel consumption when compared to traditional SOVs. DEME said that an impressive fuel consumption reduction of up to 50 per cent can be achieved through the SWATH design compared to a monohull SOV, thus further reducing the overall cost of wind farm maintenance. 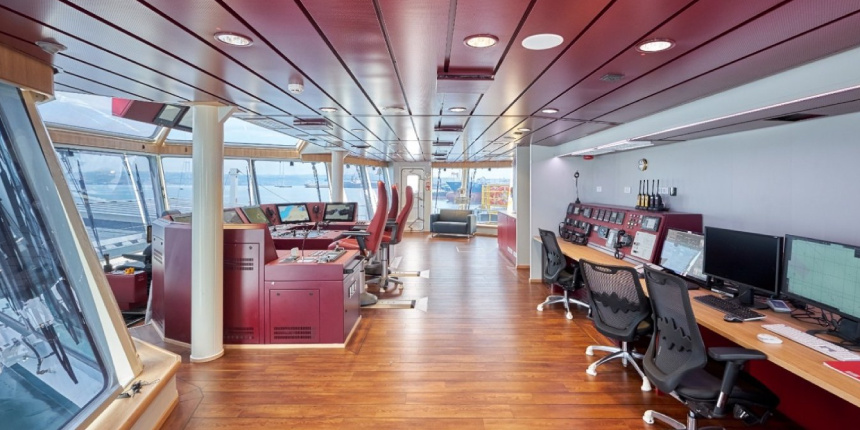 DEME added that the acquisition of Groenewind means it finally has a single vessel that can offer a range of services to customers in the offshore wind industry during each phase of wind farm construction from installation to post-commissioning maintenance.

The newbuild also has a motion-compensated gangway supplied by SMST and a daughter craft that will be utilised for crew transfer and other support duties. A waste heat recovery system is also fitted on the SOV in line with the owner’s aim of ensuring compliance with environmental considerations.

Groenewind is homeported at Oostende and is already operating under charter with Siemens Gamesa Renewable Energy. The SOV will support operations at the Rentel and SeaMade wind farms, two of the largest facilities of their kind located off the coast of Belgium. 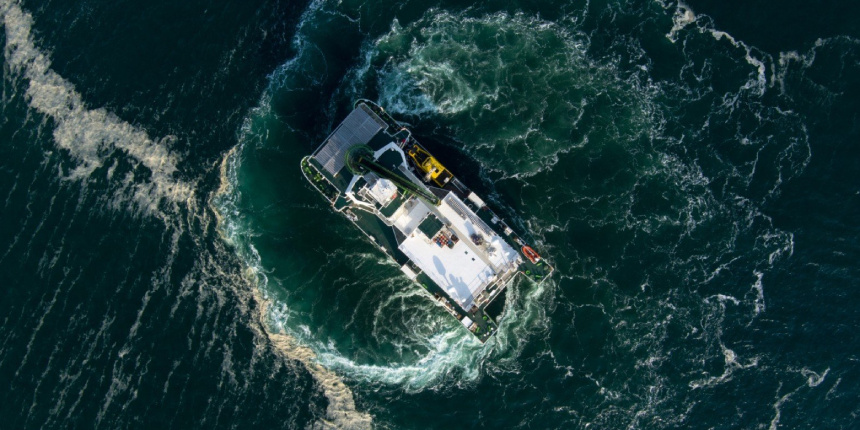