HST Ella was built to a design developed by UK naval architects Chartwell Marine in compliance to Bureau Veritas class requirements and UK MCA Workboat rules. The vessel will provide dedicated crew transfer support for the UK offshore wind sector, and its initial deployment will be at the East Anglia One wind farm jointly operated by ScottishPower Renewables and Vattenfall in the UK North Sea some 48 kilometres off the coast of East Anglia.

The 26- by 8.9-metre vessel is crewed by four personnel and is capable of transporting 24 industrial personnel in addition to a payload totalling 15 tonnes, ensuring maximum versatility when supporting offshore wind operations. A maximum draught of 1.39 metres guarantees compatibility even with ports that have shallow depths and are lacking in infrastructure while fendering provides added safety when operating alongside wind turbines.

The catamaran is fitted with a unique hybrid propulsion system that incorporates two Danfoss Editron 200kW permanent magnet electric motors and two Caterpillar C32 1,081kW diesel engines. The propulsion units are Servogear arrangements, each one consisting of a 1,200-millimetre controllable-pitch propeller and an HD295PTIR gearbox.

At low speeds, the vessel is capable of silent, low-emission operation, enabling it to comply with port air quality requirements. At higher transit speeds of around 10 knots, it can sail smoothly thanks to an advanced hull form. A maximum speed of 30 knots can be achieved on diesel-only mode, though the craft is also capable of running on hydrotreated vegetable oil (HVO) as a sustainable alternative to diesel.

The electric propulsion also includes a Corvus Dolphin Power battery with an energy storage capacity of 188 kWh. The energy management system was provided by Triton, which also manufactured the vessel’s steering gear and associated joystick system. These components were supplied and installed by Brunvoll.

The electrical systems also include a navigation and communications package from Furuno, and all these draw power from a Cummins Onan generator set with a rated output of 27 kW.

The crewboat also has an enlarged foredeck and a wheelhouse offering improved visibility. Its versatility is enhanced with the installation of various equipment including a deck crane, two fire pumps, and handheld extinguishers.

Accommodation spaces consist of a crew cabin with four bunks and an en suite toilet, a crew mess with galley, and a main passenger cabin with HSC 2000-compliant business class seats. All interior spaces are air-conditioned. 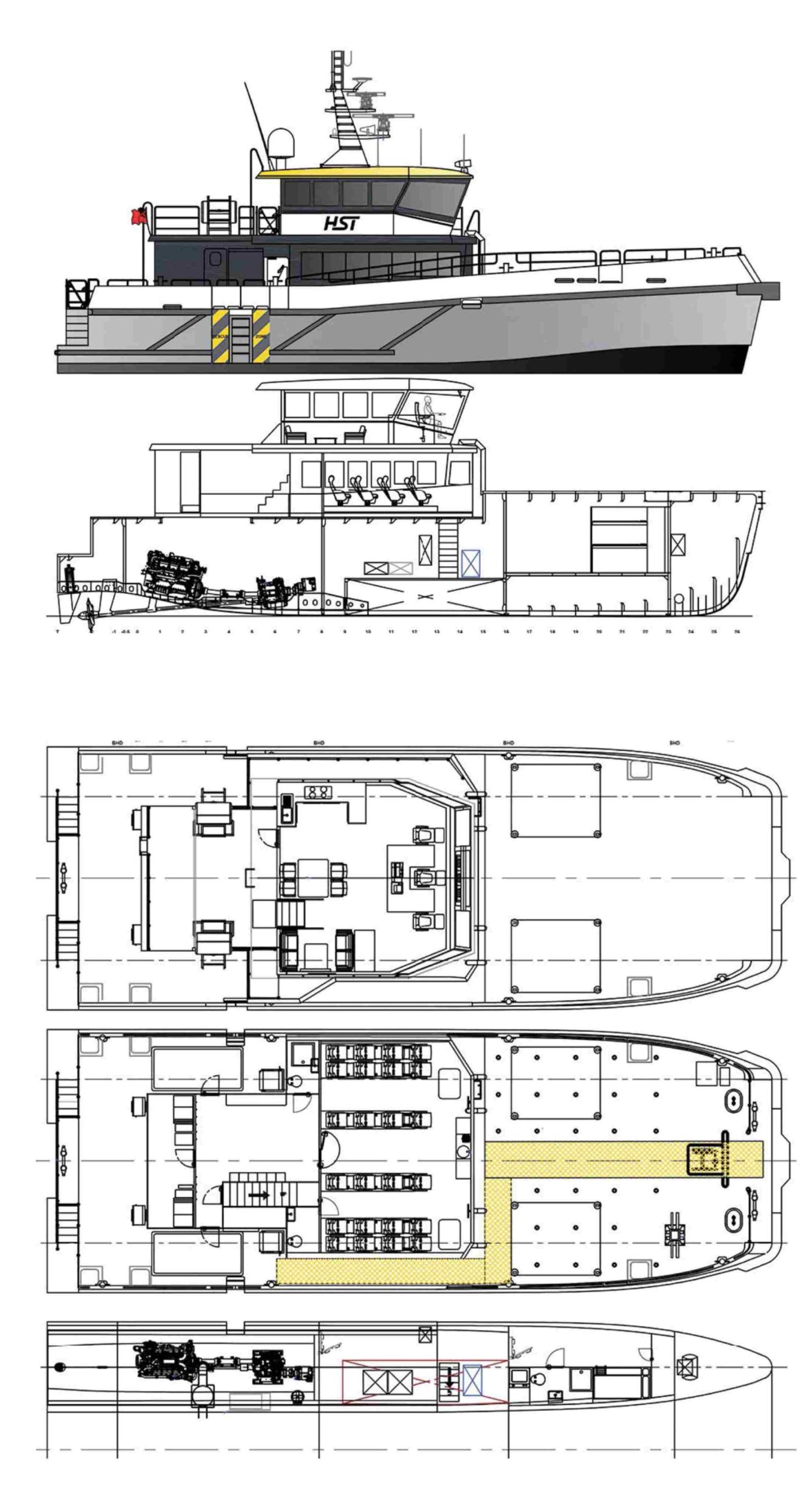