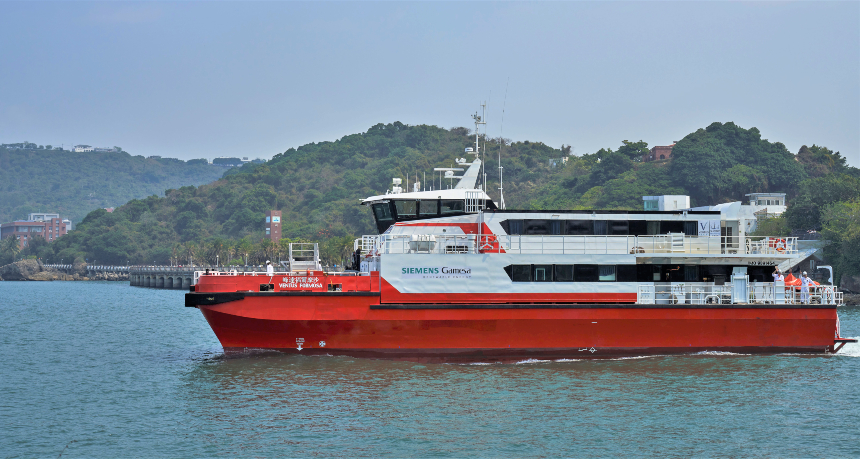 The 36-metre purpose-built Ventus Formosa is capable of staying offshore for at least seven days. It offers 12 single cabin accommodation with en-suite bathrooms and media entertainment for technicians to live onboard comfortably, without requiring daily port calls.

The newbuild is now servicing Siemens Gamesa Renewable Energy in Taiwan. It has begun providing operations and maintenance support for the Formosa 1 offshore wind farm project.