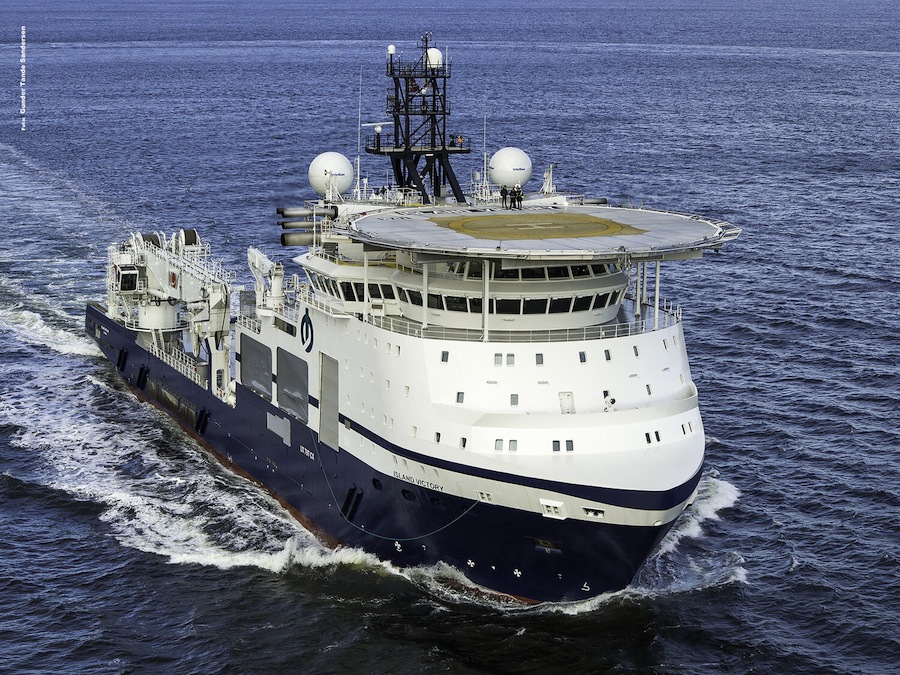 Island Offshore has taken delivery of the new multi-function offshore installation vessel Island Victory, built at Vard Langsten in Norway. The DNV GL-classed Island Victory is a vessel of mighty capacities, with a flexible operational profile, and has already secured jobs in the Barents Sea as well as in the Gulf of Mexico.

She has just finished mobilising for her first campaign on the Johan Castberg oil field and the Askeladd gas field in the Barents Sea, where 24,500 metres of 84mm chain was loaded, equivalent to 3,773 tonnes, as well as 16 anchors weighing 18 tonnes each. The anchors and chain will be used for two anchoring locations in the southern Barents Sea, where each line consists of about 1,500 metres of chain and one anchor.

Island Victory put her competition on notice during bollard pull tests last year, with a traction of 484 tonnes courtesy of two Rolls-Royce Bergen B32:40V16PCD 8,000kW main engines that drive a pair of Kongsberg Maritime CPPs. In addition to heavy tows and installation duties, she can also hold two whole anchor spreads on deck, which few other vessels can match. 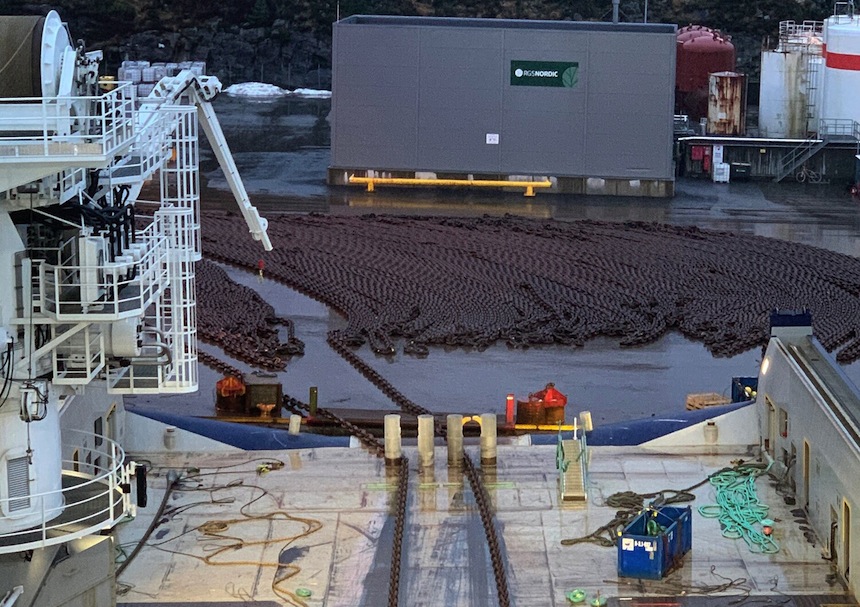 Island Victory was designed by Kongsberg Maritime to be capable of performing a diverse range of offshore duties that would otherwise require multiple specialised vessels. It is thus equipped with a DP2 system, a 250-tonne offshore crane, two deck cranes (six tonnes and 12 tonnes capacity, respectively), two cargo rail cranes, two work-class ROVs that could dive to a depth of 4,000 metres, and a large moon pool measuring eight by 7.2 metres and with capacity for up to 800 tonnes.

All these features make the vessel suitable for both pre-lay of anchor systems, installation of subsea equipment on the seabed, maintenance of oil wells, regular anchor handling as well as the installation of offshore windmills.

Island Victory is also certified to carry out oil recovery operations on the Norwegian continental shelf as per regulations issued in 2009 by the Norwegian Clean Seas Association for Operating Companies (NOFO). As such, the vessel has been fitted with storage tank capable of holding up to 2,500 m3 of recovered oil. The spacious accommodation has room for 110 persons, making it possible to function as an accommodation vessel as well. 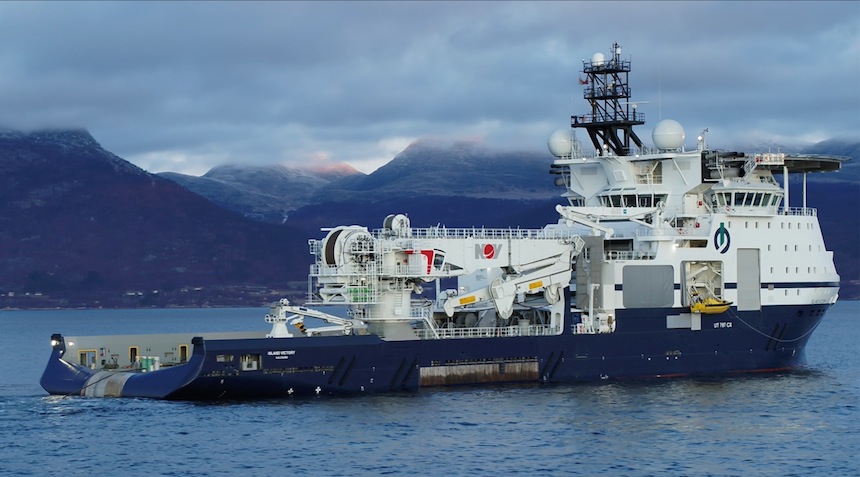 For more news, opinion and vessel reviews as part of this month’s Offshore Week, click here