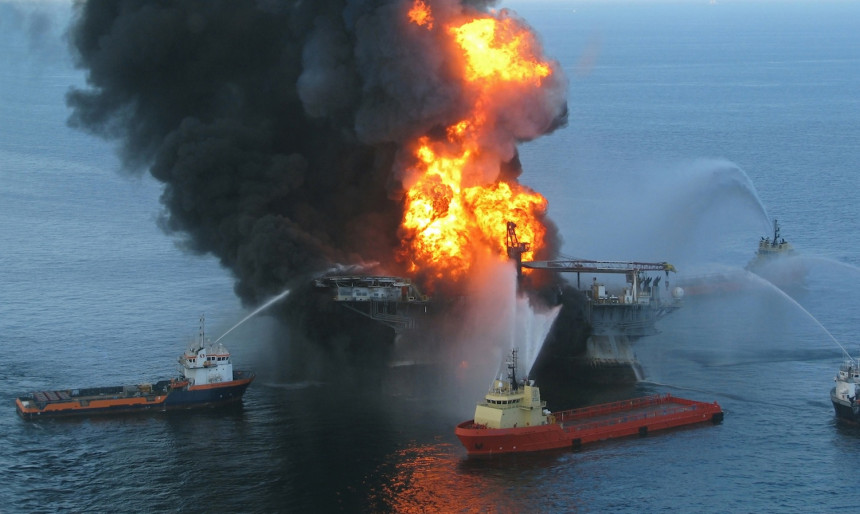 Ahead of the upcoming Offshore Week in Work Boat World, I wanted to follow up on some of the stories we have run over the last year, especially those which feature corruption, malfeasance and incompetence. Or all three.

If at first you don’t succeed, try, try again. At a much lower price. Just last week we covered the dismal failure of Petrobras to sell the nine-year old warm stacked deepwater rig Vitoria 10000 at auction, here.

Despite the massively discounted price of US$47.5 million, the scandal-ridden Brazilian state oil company could not find a bidder, and the unit went unsold. Taking a leaf out of Robert the Bruce’s book, Petrobras has now started a new auction for the rig and set the minimum price at $5 million, barely above scrap value, and much less than the 2018 pay packet for Jeremy Thigpen, the CEO of Transocean.

That’s 99 per cent off the new build price, writing the whole unit down to zero in less than a decade, a pretty spectacular piece of value destruction, something of which Thigpen is familiar from his disastrous acquisition of Ocean Rig.

But a return to drilling seems unlikely. Instead, my money is on the unit being bought for cannibalisation for spare parts by owners of other rigs of the same design fitted with the same equipment.

The rig is of the Samsung 10000 design, of which there are over twenty “in service”, a loose term which encompasses everything from drilling in deepwater to warm stack, to being abandoned and left cold in Port Talbot in Wales (Sertao).

Valaris and Pacific Drilling both own four units of the design, whilst Seadrill and Stena have three apiece. Unfortunately, none of these potential candidates has much free cash flow lying around, and nor do Brazilian drillers Constellation and Etesco.

So, in a capital constrained market with share prices depressed and industry sentiment at rock bottom, perhaps Vitoria 10000 may not even be cannibalised, and may finish her days on a one-way voyage to Aliaga in Turkey for scrap. Which would symbolise the hubris and corruption of the Lava Jata bribery scandal in Petrobras, which saw SBM and Keppel Corp, Odebrecht and others fined hundreds of millions of dollars for bribery.

Unwanted callers ringing the front door bell can be very irritating. Especially if they are Jehovah’s Witnesses, neighbourhood children playing ding-dong-run, or policemen with a warrant to search the place.

For Claudio Descalzi, the CEO of ENI, it was unfortunately the latter. If the CEO of BP or Shell or Exxon or Chevron had their house raided by the police as part of a far-reaching investigation into claims that they had awarded over $100 million of contracts to a shady company in Congo, allegedly owned by their own wife in secret, there would be scandal and outcry.

It would be front page news in the national and international media. Shareholders and investors would be demanding answers. The individual would almost certainly have to resign or at least explain exactly what was going on.

Nothing to see here, says ENI

But such is the jaded state of Italian governance that the news that Descalzi’s wife was now an official suspect in the investigation involving the Congolese OSV chartering company Petroservices barely had an impact, nor the fact that the police had warrants to raid multiple homes. Baird Maritime was the first English language publication to break the news of Marie Madeleine Ingoba Descalzi’s alleged involvement in Petroservices, which acted as agent for a number of OSV owners and which operates a fleet of crew boats in Congo and Angola.

Petroservices’ offices in Monaco were raided by police earlier this year. The fact that the Italian police have obtained warrants against such a senior figure in ENI is embarrassing for the company, although it maintains that it has already investigated the allegations and found them to have no foundation.

This is a little strange since the news that the company’s CEO’s wife was allegedly a beneficial owner of an important marine contractor to ENI was never previously disclosed publicly by the company, at least not to my knowledge, and the company has never released the investigation report itself, or even named the “independent third party” which wrote it.

The company and Descalzi himself put out another statement denying any wrongdoing, which can be read here, but his wife was nowhere to be found for comment, strangely. Since her husband earned just a shade under four million euros in 2018, she should at least be able to afford a top-notch lawyer to defend her against the accusations.

The tragedy of the Bourbon Rhode

The news that the tug Bourbon Rhode was lost in the Atlantic on September 26 is tragic, and reminds us of how dangerous life for seafarers on even modern OSVs can be. The 2006-built anchor handling tug was in transit from dock in the Canary Islands to start a new contract in Guyana.

For some reason, she was only 60 nautical miles south-south east from the eye of the category four hurricane Lorenzo when misfortune struck. The Robert Allan-designed tug started taking on water at the stern in the treacherous weather and rough seas. A distress call went out, but then the vessel sank, sparking a massive search and recovery operation spearheaded by the French authorities in Martinique.

Amazingly, rescue teams have recovered a lifeboat with three Bourbon Rhode crewmembers safely on board, but four bodies have also been discovered, along with an overturned life raft. Seven crew remain missing. We can only hope and pray for their safety, and for their families at this awful time.

That investigation’s results were detailed, well thought out and incredibly useful. The report into the loss of Bourbon Dolphin assisted the entire industry to adopt safer anchor handling practices and prevent a recurrence.

Questions should certainly be asked about the voyage planning, and in particular one might wonder whether commercial pressure led to the vessel sailing into the eye of such a savage storm rather than deviating around it.

Bourbon Rhode was only 50 metres long, and her ballasting and loading have not been disclosed. Investigators might also review about the quality of the docking and maintenance performed before she was sent out for the new charter. With so many offshore vessels laid up, being able to ensure the safety of ships which come out of lay-up and ensuring that they are fit to work is going to be of paramount importance in the coming years. We can only hope that the remaining crew members, by some miracle are found alive, and that the lessons from this incident are widely shared to prevent it ever happening again

And that his wife was now an official suspect in the investigation here: