Written by Hieronymus Bosch on May 16, 2019. Posted in Offshore World. 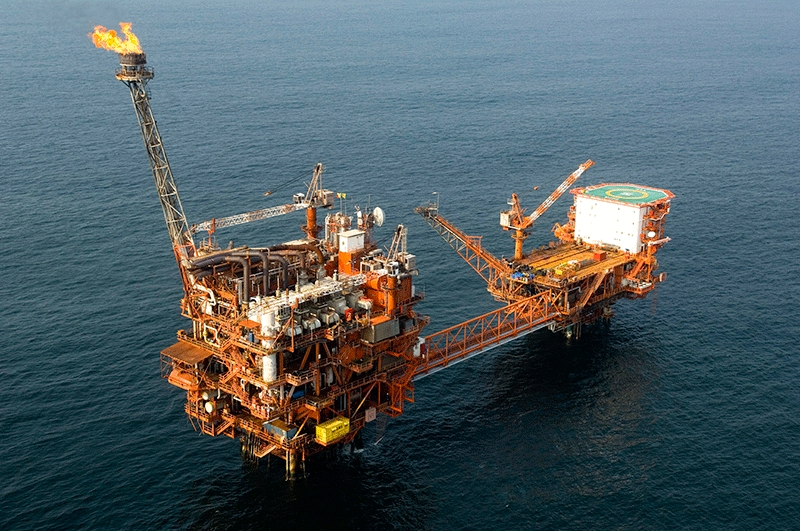 Many Italians love sipping an espresso with their morning newspapers at the breakfast table. Unfortunately, I suspect that Claudio Descalzi, the CEO of Italian oil giant Eni, is not among them.

Mrs Descalzi is a citizen of the Republic of the Congo (Congo Brazzaville), and Mr Descalzi made his name as the head of Eni’s upstream business there from 1994, before he was promoted to Group CEO in Milan in 2014. Eni currently produces over 80,000 barrels of oil equivalent per day net in the Congo, and has an extensive offshore operation, requiring the services of many offshore support vessels.

The investigation claims that an anti-money laundering raid on an office in Monte Carlo in 2018 led to the discovery that Mrs Descalzi was profiting from contracts with the publicly listed company that her husband was running. This is, of course. a major breach of ethics, and is corruption at its most basic – using public office to advance private interest. Eni admits on its own website that “The Italian Ministry of Economy and Finance has de facto control of Eni by virtue of interests held either directly or via the Cassa Depositi e Prestiti.”

L’Espresso claims that the Luxemburg authorities that conducted the raid in Monaco have passed a dossier to the public prosecutor in Italy and to the Guardia di Finanza, the Italian police specialising in financial crimes.

At the centre of these allegations lies Petroserve Holding, a Dutch company, whose operations span several West African countries from an operational headquarters in Monaco. L’Espresso alleges that Eni paid over US$310 million between 2012 and 2016 to companies owned and controlled by Petroserve, in which Mrs Descalzi was the controlling shareholder through a nominee company in Cyprus.

It is worthwhile noting that Petroserve was doing business with Eni before 2012 and has continued to do business with it since 2016, so the total sums paid by Eni will be larger. Indeed, whilst sources tell me that Petroserve is now blacklisted by Eni in West Africa after the allegations, it continues to hold contracts for offshore vessels with other oil majors, including Total.

An Englishman in Pointe Noire

According to L’Espresso, fronting the transactions was a young Englishman, who ran Petroserve on a day-to-day basis, Alexander Haly. Mr Haly is well known to many in the offshore supply vessel business, as his company has represented a string of foreign shipowners to charter their PSVs and AHTS to clients in the Congo and overseas, especially to Total and Eni.

His foreign principals include a veritable “who’s who” of the offshore industry, beginning with RK Offshore and Japanese owner Sanko, and continuing through Emas, MMA Offshore, POSH, Hellespont, Scorpio and Meo Group, amongst others, people close to the matter in Congo report.

There is no evidence that any of these companies knew of Mrs Descalzi’s interest in Petroserve, or that they could have known, given her use of secretive offshore holding companies, which only a police raid was able to establish.

L’Espresso said that Mr Haly’s position as a middleman in Congo was strengthened by local rules which conveniently made it mandatory for oil companies to charter vessels through local companies like Petroserve, and inconveniently difficult and expensive for them to register themselves in the country.

If OSV owners didn’t work through Petroserve, or other locally established companies, they couldn’t receive tenders or operate in the country. Petroserve would charter in ships and re-charter them to its clients with a mark-up on a back-to-back basis, sources advise. Petroserve was also joint venture partner in the country with OSM, the Norwegian ship management company.

The Petroserve and OSM joint venture provided Congolese crew to the foreign ship owners whose vessels Petroserve chartered in, another legal requirement to boost local content in Congo, which again created commercial opportunities for Petroserve. OSM has strenuously denied any wrongdoing and appears to have severed contact with Petroserve and Mr Haly.

However, it is clear that rules designed to strengthen local content in Congo served only to support the creation of commission generating schemes for well-placed intermediaries, as has been the case in Malaysia, Nigeria, Ghana and a raft of other oil producing countries. In so many countries, local content equals local commission taking.

Sharp eyed readers may recall that we previously ran coverage of the multi-billion-dollar corruption case against Eni and Shell over the acquisition of a deep-water block in Nigeria, which remains before the courts in, where else, Milan. And the latest allegations involving Mrs Descalzi were not the first to involve Mr Haly in Congo, either.

In April 2018, L’Espresso reported that Mr Haly was, along with three Italians connected to Eni, a shareholder in a Mauritius-registered entity called WNR Development, which had acquired a 23 per cent stake in the offshore Marine XI block in the Congo for $15 million in 2013.

Ask anyone in the oil and gas industry which of the major international oil companies is likely to have the poorest compliance and the weakest governance, and they may well answer Eni. However, risk taking, a propensity to work in difficult countries, and the ability to get things done have characterised the great success Eni has enjoyed under Mr Descalzi’s leadership.

Given his achievements as CEO, it seems sad that Mr Descalzi should be drawn into the allegations of his wife’s undisclosed holdings in an important Eni subcontractor. However, as the Petrobras corruption scandals in Brazil have shown, success in making deep-water discoveries only increases the size of contracts open for skimming by middlemen and insiders in oil companies.

After the publication by L’Espresso, the Eni press office made the following statement: “With regard to the ongoing investigation (referred to in the article), Eni again reaffirms the absolute lawfulness, correctness and compliance with the applicable legislation and industry practice in its work relating to the renewal and management of its E&P concessions in the Congo.”

Given the slow speed of legal cases in Italy, it will probably be many years before Mrs Descalzi has the opportunity to have her day in court to prove her innocence. As with the Bourbon corruption cases in Marseilles which we covered last month, the long time taken to bring charges of serious corruption to court does nobody any favours.