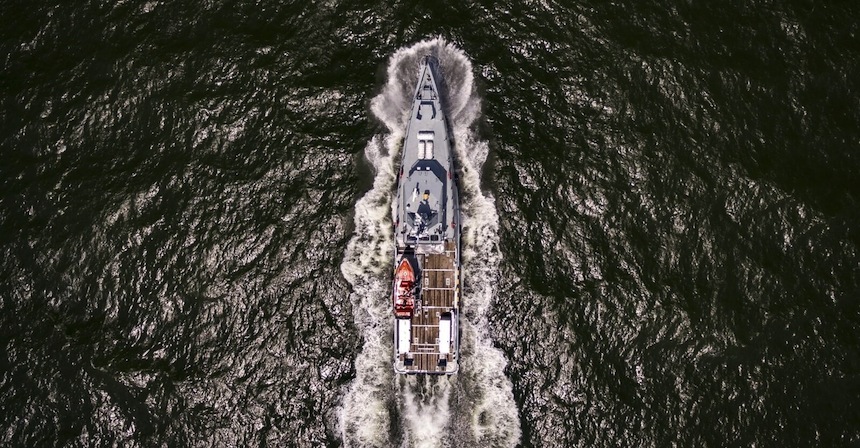 Piracy is a scourge that just will not go away, with the Gulf of Guinea now replacing the coast of Somalia as a “hotspot” that is frightening seafarers tasked with voyages to West Africa.

It is a different sort of piracy, but no less nasty, with the criminals seizing crewmembers for ransom, rather than capturing the ship itself. Heavy weaponry and extreme violence are regularly reported in these outrages.

While the Indian Ocean piracy was eventually controlled (it hasn’t entirely gone away) with a combination of co-operative navies and armed guards on merchant ships, that on the west side of the continent does not lend itself to such solutions.

While Somalia was a “failed” state, with no effective form of governments and the pirates operating mainly on the high seas, the states bordering the Gulf of Guinea will not countenance the use of armed guards aboard visiting merchant ships or offshore oil installations and insist that the safety of merchant vessels is their sole responsibility. Foreign warships, in these post-colonial nations, are definitely not welcome.

All of which is perfectly understandable, except that the capability of the littoral law enforcers does not provide an adequate level of protection across a wide sea area and difficult coast, giving the pirates ample scope for their attacks. This year has seen attacks off Nigeria, Togo, Cameroon and Benin, with up to ten seafarers abducted at a time.

Piracy, as we have seen in areas from the Sulu Sea, Malacca Straits, and the Horn of Africa tends to flourish where there is lawlessness ashore and West Africa is no different. The great delta of the River Niger has recently become notorious for its crime and violence and while Nigeria is arguably one of Africa’s wealthiest and most advanced states, its domestic problems, notably with Islamic terrorists in the north of the country, sucks law enforcement resources to the areas of greatest need.

As a result, piracy is accorded a relatively low priority and the naval and coastguard forces have been proved inadequate to assure the safety of ships in domestic waters. Shipping institutions, such as the International Chamber of Shipping, along with maritime unions, have highlighted the problems and called for more action from the riparian states, but the attacks continue.

One can possibly have some sympathy for states like Nigeria which has a major insurrection on its northern borders from Boko Haram, costing hundreds of lives. In relative terms, a few dozen foreign seafarers terrorised and held for ransom must be far down their list of security priorities, although the navy and coastguard have recently been reinforced with a number of Damen’s capable small patrol boats which are being shipped out to Nigeria.

But even though the reality is that attacks involve only a small percentage of ships trading in these waters, for those sailing on any of those ships it is not something that can be cheerfully dismissed by the law of averages.

“21st century piracy is unlikely to be eliminated”

If you are on such a vessel you will be stressed and worried about the risks you are running and your relatives at home will be similarly concerned. Why, it is not unreasonably asked, should such a situation be permissible? Are the lives and wellbeing of merchant seafarers really so unimportant in the grand scheme of things?

Should the flag states of those ships which trade into this area be exerting more diplomatic pressure upon those responsible for the safety of ships in their waters? It is notable that the government of India, after a number of cases where their citizens have been taken hostage, moved to prevent Indian nationals from undertaking voyages into these dangerous waters. With a few exceptions, most flag states will be able to exercise little diplomatic weight in such matters and as the hostages are unlikely to be their nationals, will be able to sidestep the problem.

In reality, as we have seen in other similar situations, there will always be somebody desperate enough for work to man a ship heading into dangerous waters. There will always be ship owners who would step in, regardless of the dangers faced by the crews of their ships, in the event that others decided that it was too dangerous to engage in the trade. It is regrettable, but reality.

The West African piracy situation will probably continue until the situation ashore makes this criminal activity unattractive or unnecessary. Better co-ordination between law enforcement, navies and coastguards along with better equipment and communication will help, of course. But 21st century piracy is unlikely to be eliminated, and will move on to some other place where poverty, crime, weak governance and under-resourced law enforcement, permit it to flourish. It will just be some other seafarers who suffer.