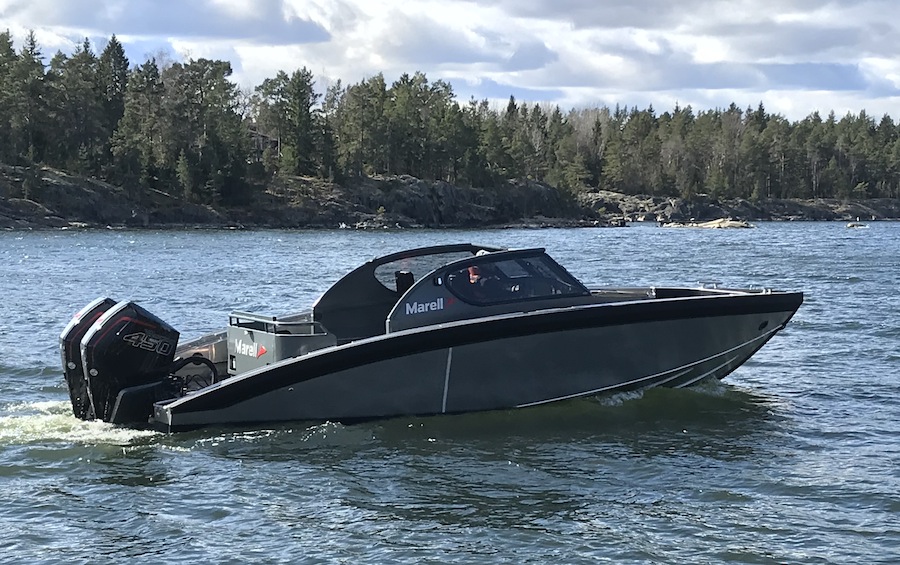 Östhammar-based Marell Boats has built and is trialling a nine-metre interceptor prototype with twin outboard engines that has reached speeds above 75 knots with a total power of 900 hp (670 kW).

“As you can see [in the photos], the boat is running on top of the waves, even though you need to be a skilled driver to run over 70 knots in this kind of sea,” Marell Boats told Baird Maritime, “all the time using the direct response of the engines and the fast acceleration of the boat to keep the right position all the time.”

The combination of the 19-degree deadrise at the stern and a perfectly balanced longitudinal centre of gravity makes the vessel ride very flat on top of waves, more or less riding on the keel and the last strakes. 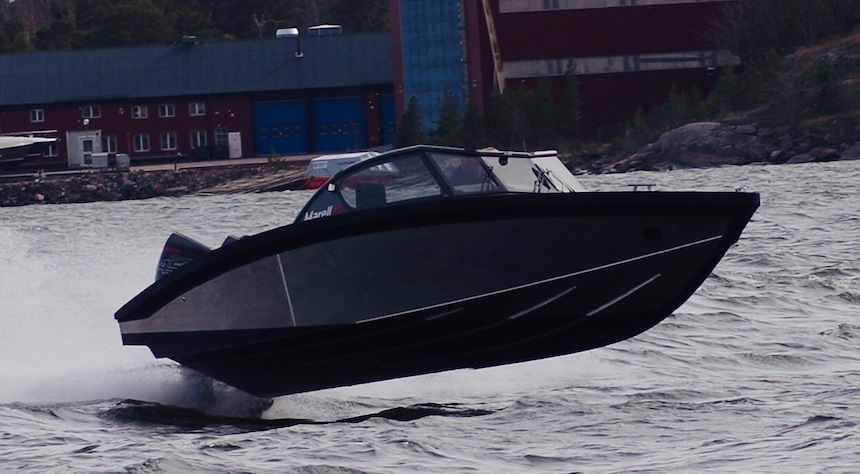 “At these kinds of speeds you have one hand on the control lever and one hand on the steering wheel, using two paddles for the jack plate power lift, which needs to be operated all the time along with the tilt of the engines and the engine throttle,” added Marell Boats.

When you buy an interceptor of this kind, a high-speed training session will be included with one of Marell Boats’ skilled high-speed drivers for the safety of the crew and passengers.

The new nine-metre model is the smaller sister of a 15-metre model, reviewed in December 2019. Specially built for flexible use in multiple operations, Marell claims the boat is the fastest and safest open interceptor in its class.

The top speed with twin Mercury R 450hp outboards is over 75 knots. The unique longitudinally framed aluminium hull, a hallmark of Marell vessels, accelerates smoothly up to 75 knots, and at all speeds you can feel the acceleration push when needed to balance the boat.

During fast turns, there is no risk of chine tripping, and the longitudinal negative strakes create a lift of the hull to reduce friction, thus creating a very energy efficient and balanced hull. All Marell hulls are built in jigs to make sure straightness and flatness are kept within very small tolerances. This makes the boat very course stable in all kind of seas and the special hull shape reduces the gee-forces in high waves and keeps the front window dry without any spray from sea. 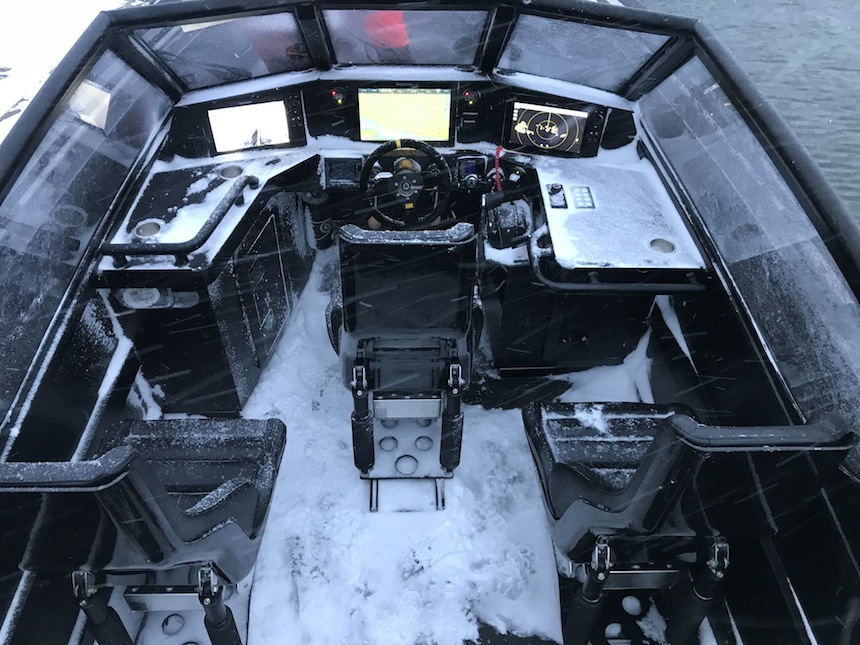 The centre helmsman position, another feature of Marell Boats, creates a safe driving environment and impressive vessel control in all weather conditions.

The prototype is designed for harsh environments, from the coldest Scandinavian winter days to the hottest tropical days at the equator.

The details and the controls are also designed to function in extreme conditions, even with waterproof or winter gloves on. The high midships freeboard forms a protective shield and can be made with ballistic protection should the owner require this.

The large, composite, aft platform deck can carry drones and weapon systems or cargo on pallets, among other fitout options. Track rails on the deck allow for the flexible positioning and safe locking of chairs and cargo.

Marell said it also estimates the boat would go even faster with a different set of propellers with higher pitch. 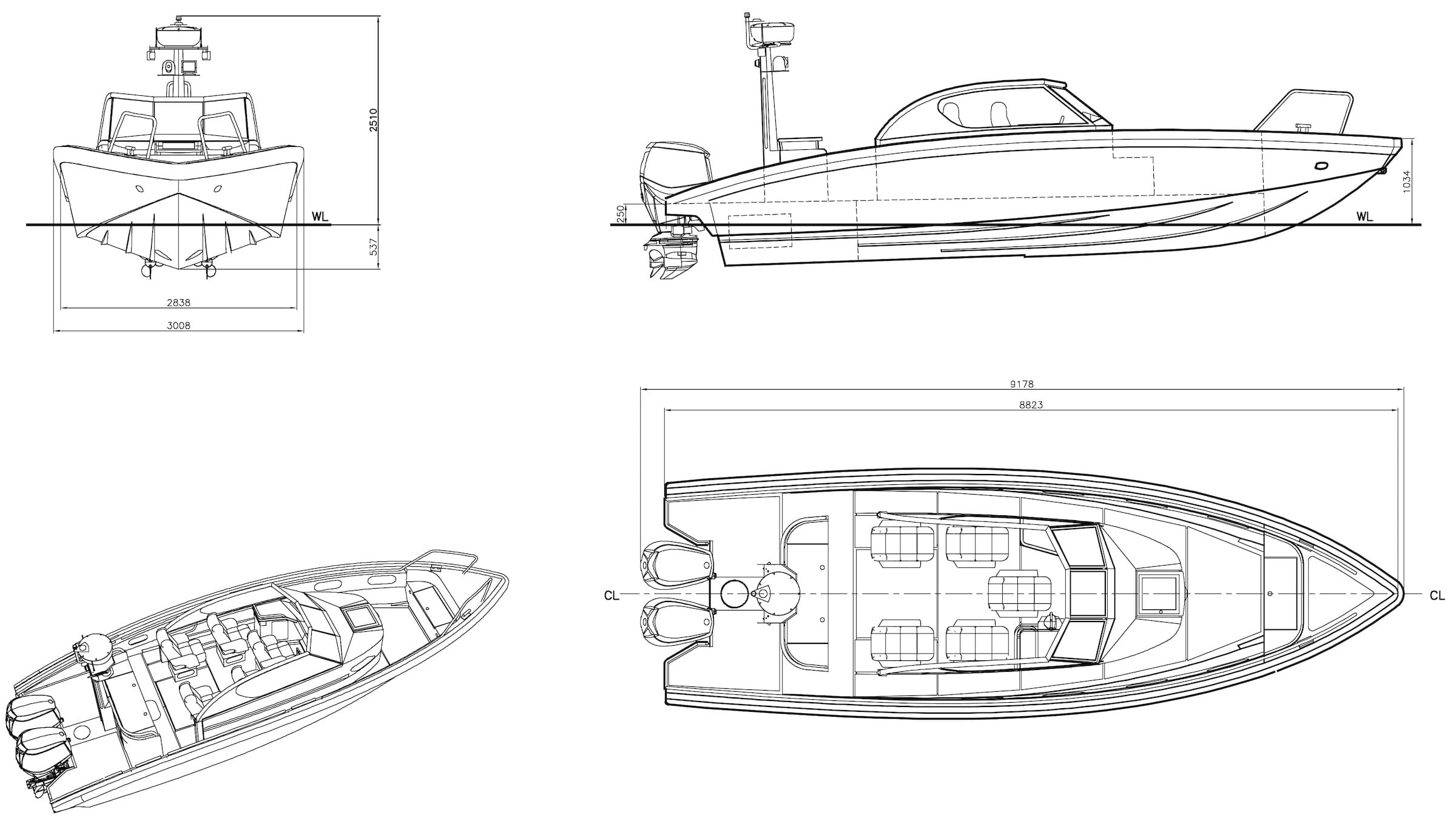