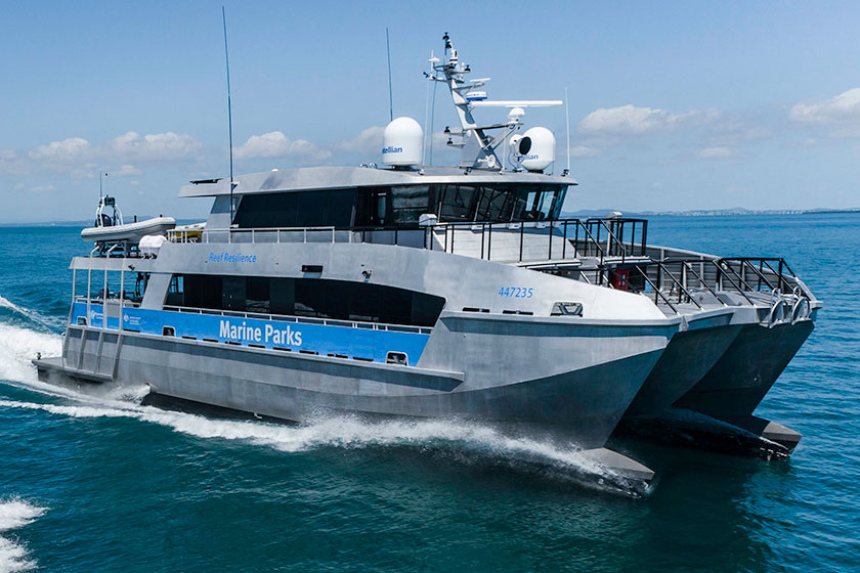 The Department of Environment and Science (DES) of Queensland, Australia, recently took delivery of a new patrol vessel for use in the waters of the Great Barrier Reef.

Designed by Incat Crowther and built by Norman R. Wright and Sons, Reef Resilience will service the southern region of the reef from its homeport in Gladstone. Its duties will include compliance monitoring, marine park and island national park management, diving support, and research operations.

Incat Crowther said the vessel will also be able to operate in remote offshore waters within the Australian exclusive economic zone (EEZ) for extended periods of up to three months.

Reef Resilience is powered by two MAN D2862 LE463 main engines that deliver a cruising speed of 20 knots and a maximum speed of 27 knots. Humphree interceptors with auto trim and active ride control are utilised to increase comfort for crew.

The RHIB may be launched whilst underway at six knots in offshore sea conditions of three metres significant wave height.

The upper deck cargo area is rated to one tonne per square metre and is designed to accommodate two 4.4-metre RHIB tenders and one 5.5-metre work barge. Operational flexibility is provided by large transom platforms that allow the tenders to tie-up to the mothership in-between tasks.

Roof-mounted solar panels with a total capacity of six kW have also been fitted.