Damen Shipyards Cape Town (DSCT) in South Africa has handed over the first in a new class of three multi-mission inshore patrol vessels (MMIPVs) ordered by the South African Navy.

Named SAS Sekhukhune in honour of a 19th century king who ruled over the Pedi Empire in what is now the north-eastern portion of South Africa, the MMIPV was designed by Netherlands-based the Damen Shipyards Group to provide the navy with a rapid response capability for primary missions such as anti-illegal trafficking, anti-illegal fishing, counter-piracy, and mine countermeasures (MCM) as well as secondary missions including dive support, search and rescue (SAR), humanitarian assistance, and crew training.

Sekhukhune has a steel hull, a steel and aluminium superstructure, a length of 62.2 metres, a beam of 11.5 metres, a draught of four metres, and space for 60 crewmembers. A propulsion system that includes four engines, Reintjes gearboxes, and fixed-pitch propellers delivers a maximum speed of 30 knots, a cruising speed of 20 knots, and a range of 4,000 nautical miles. Two 120kW bow thrusters are also fitted.

There is also onboard space for containerised mission-specific modules. Damen said such modules can be incorporated even on short notice, allowing the vessel and its crew to provide an adequate rapid response to a range of mission types.

The navigation and communications suite consists of X-band and S-band radars, an area A2 GMDSS, GPS, AIS, an echosounder, an ECDIS, and compasses. An array of CCTV cameras and two searchlights are also installed. Power for all these is supplied by three 150ekW generators. A 33ekW generator is also available for emergency use.

The MMIPV’s accommodation spaces are all air-conditioned and located on three decks. These spaces include crew cabins, a radio room, an office, a galley, a mess, and a stores area. The engine room has two ventilation fans and a fixed fire suppression system while handheld extinguishers are available all throughout the vessel.

The second and third MMIPVs are under various stages of construction at DSCT. These are scheduled to be delivered to the navy in 2023 and 2024, respectively. The three Damen-built MMIPVs will constitute the navy’s Warrior-class patrol vessels.

Design work on the South African MMIPVs was done in compliance to Bureau Veritas class rules. 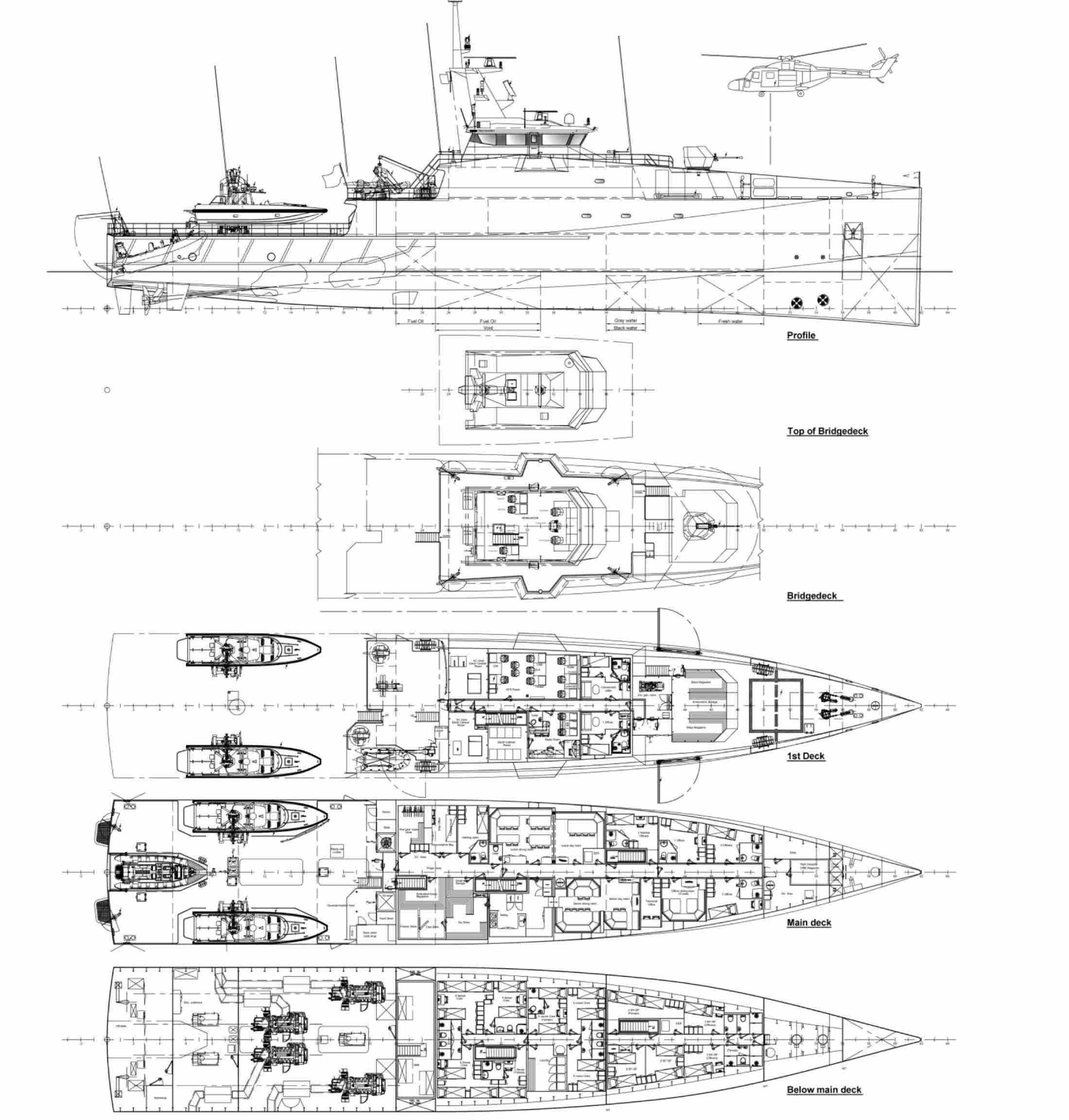