The Nigerian Navy has taken delivery of a new tank landing ship (LST) built by Albwardy Damen in the UAE.

NNS Kada has an LOA of 100 metres, a beam of 16 metres, a maximum draught of 3.85 metres, and a depth of eight metres. There is space for 18 crewmembers and 264 other personnel including expeditionary troops and capacity for up to 575 cubic metres of roll-on/roll-off freight and 440 square metres of additional deck cargo. The vessel’s maximum deadweight is 1,400 tonnes.

Dedicated cargo spaces and lifts are also available for ammunition to reduce the risk of onboard explosions. Another 250 cubic metres of cargo space is reserved for supply stores.

Two Caterpillar 3516 diesel engines that each produce 2,350 kW at 1,800 rpm drive controllable-pitch propellers to deliver a maximum speed of 16 knots and a range of 4,000 nautical miles at a cruising speed of 15 knots. The range can also translate into a maximum of 15 days out at sea. Two bow thrusters housing fixed-pitch propellers are also fitted.

Cargo can be loaded via both a stern and bow ramps each capable of supporting 70 tonnes of Ro-Ro freight or a crane with a lifting capacity of 25 tonnes. A separate provisions crane can lift up to 1.5 tonnes.

A flight deck is also available for a utility helicopter or an unmanned aerial vehicle (UAV). Four davits will meanwhile be used for the deployment and recovery of smaller landing craft.

In addition to deploying troops, equipment, and vehicles in support of maritime security operations, Kada may be used to perform search and rescue (SAR) missions, mine countermeasures (MCM) missions, humanitarian assistance and disaster response (HADR), and hydrographic survey support.

The LST will be homeported in Apapa just outside Lagos. Its area of operations will stretch from Nigeria’s coastal waters to further out into the Gulf of Guinea.

Design work on Kada was done in compliance to Bureau Veritas class rules. 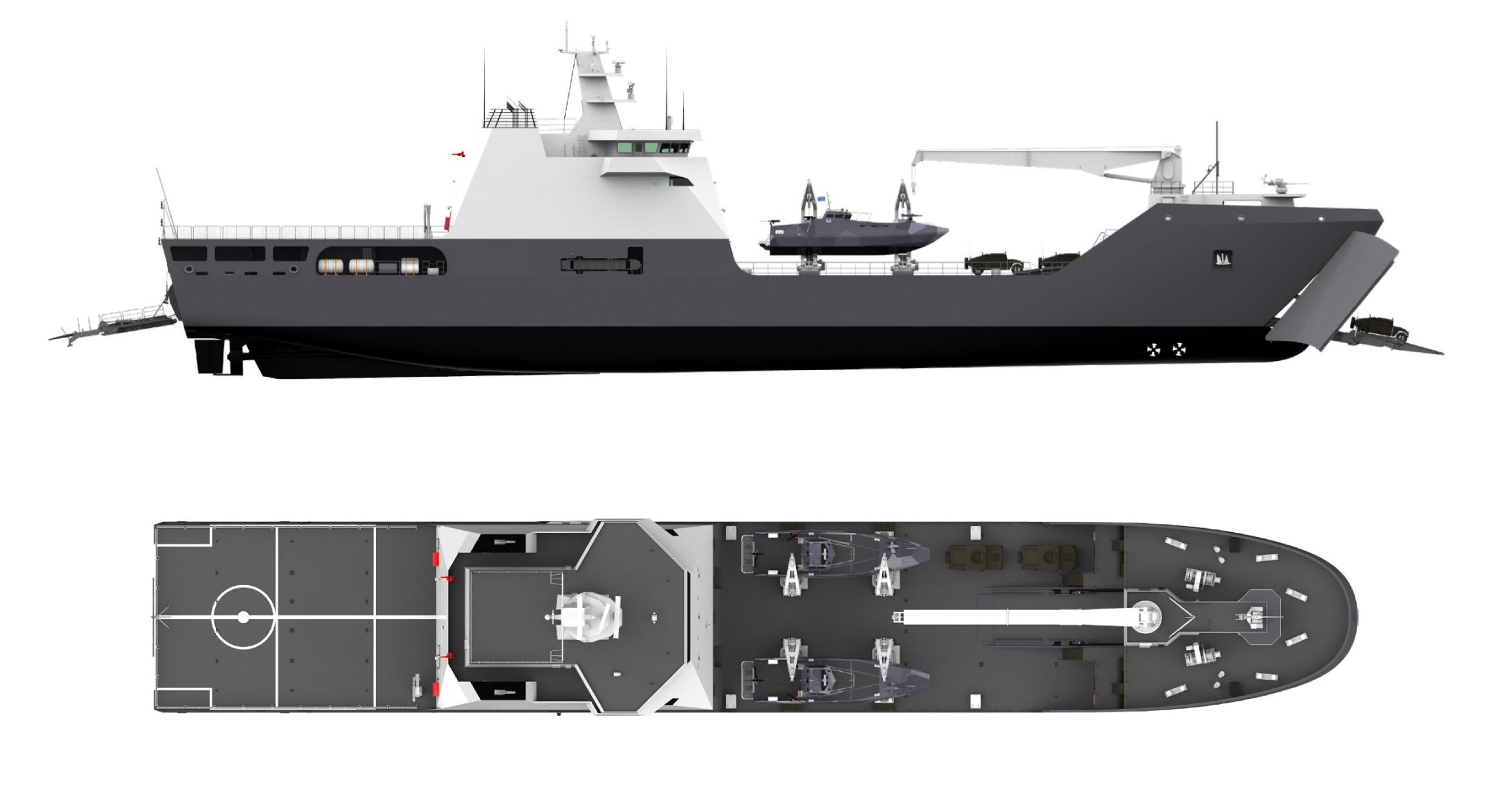