Tensions between Washington and Tehran have been rising, and an American strike group (SG), centred on the nuclear-powered aircraft carrier Abraham Lincoln, has deployed to the Gulf of Oman, adjacent to the Persian Gulf and Strait of Hormuz.

US Navy intelligence analysts have therefore been focusing on the asymmetrical threat posed to the SG by the hundreds of heavily armed small fast attack craft in the Islamic Revolutionary Guard Corps Navy (IRGCN) order of battle.

The IRGCN, in time of conflict, is charged both with ensuring Iranian control of the strategically vital Straits of Hormuz, and with the defence of Iran against foreign invasion from seaward. 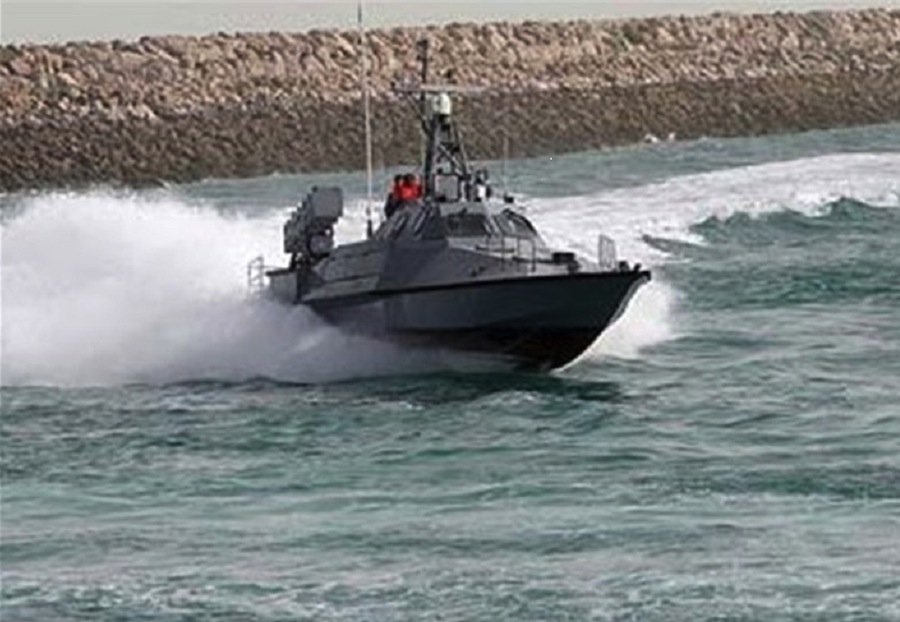 The latter craft are assessed by many analysts as being unauthorised Iranian copies of Ice Marine’s ultra-fast “Bladerunner”. There are also many smaller types.

US surveillance has reportedly spotted numbers of ASCMs being transported by dhows to IRGCN bases.

IRGCN doctrine favours “swarm” attacks, using huge numbers of small armed craft, intended to overwhelm the defences of even the most sophisticated of enemy warships. Huge losses of IRGCN men and boats in such engagements are deemed to be acceptable.