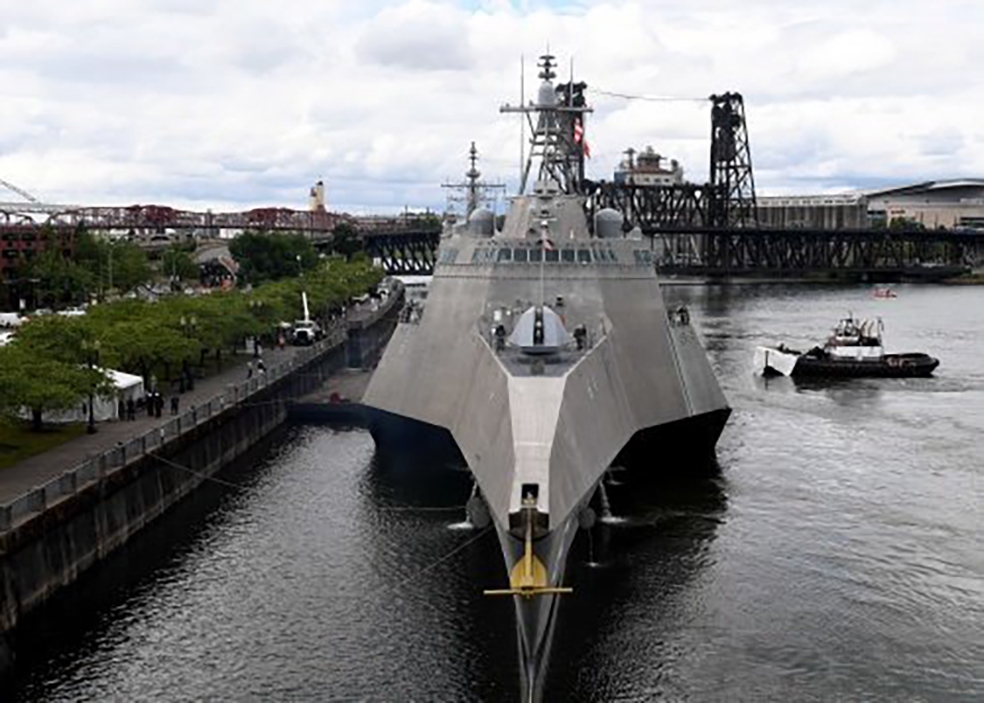 The US Navy has accepted the delivery of the future USS Manchester (LCS 14) at a ceremony at Austal USA in Mobile, Alabama.

It is the final milestone before commissioning, which is planned for May at Portsmouth, New Hampshire.

Manchester is the 12th littoral combat ship (LCS) to be delivered to the navy and the seventh of the Independence variant to join the fleet.

The Independence variant is noted for its unique trimaran hull, ability to operate at high speeds and its large flight deck size.

Manchester will be homeported in San Diego.

The LCS is a modular, reconfigurable ship designed to meet validated fleet requirements for surface warfare, anti-submarine warfare, and mine countermeasures missions in the littoral region.