Written by Baird Maritime on December 7, 2017. Posted in Ships (Naval). 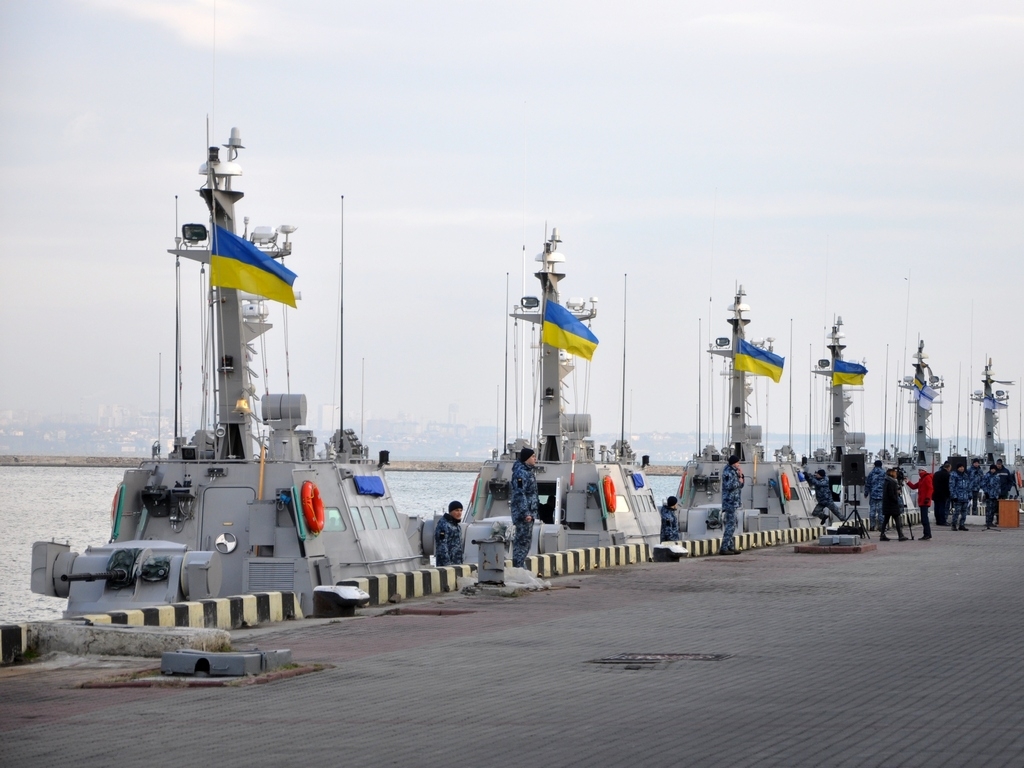 The Ukrainian Navy has named the last four of its six Gurza-M-class artillery boats in a ceremony at the port of Odessa.

On the eve of the Day of the Armed Forces of Ukraine, the Project 58155 small armoured artillery boats were named Vyshgorod, Kremenchug, Luben and Nikopol after Ukrainian cities.

The first two boats, which were commissioned in December 2016, were named Akkerman (U174) and Berdiansk (U175).

The ceremony concluded with all six boats in the class heading out to sea with flagship Hetman Sahaydachniy (U130). They will undergo tactical training in the Black Sea.

Built at the Leninska Kuznya shipyard, the 23-metre Gurza-M boats are suited for operation within 80 kilometres of their base. Up to 18 vessels in the class are expected to be acquired for the Ukrainian Navy.