Written by Baird Maritime on November 5, 2018. Posted in Ships (Naval). 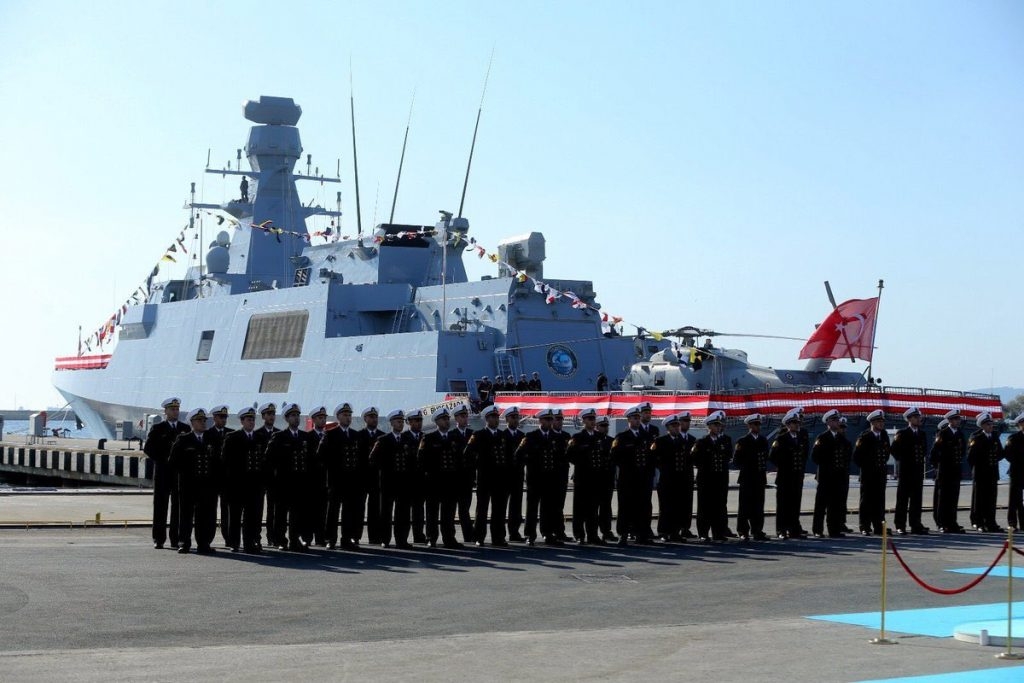 The Turkish Navy commissioned its third of a planned four Ada-class corvettes on Sunday, November 4.

Like its sisters, TCG Burgazada has Harpoon anti-ship missiles, a 76-millimetre gun, and the ability to embark one anti-submarine and anti-surface warfare helicopter. The corvette also comes equipped with the indigenously-developed GENESIS combat management system.

The 99.56-metre Burgazada was built at the Istanbul Naval Shipyard. Construction began in December 2014 and launching took place in June 2016.