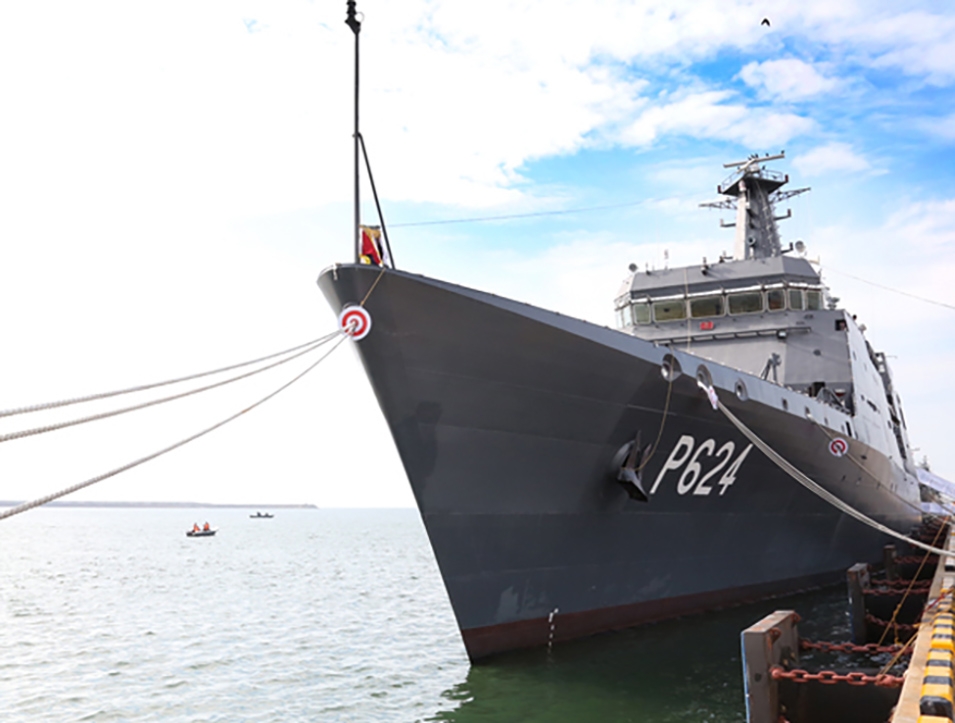 The Sri Lanka Navy has commissioned its second Indian-built advanced offshore patrol vessel (AOPV) at the eastern container terminal of the Colombo harbour.

Commissioned as SLNS Sindurala by Prime Minister Ranil Wickremesinghe, the 105.7-metre by 13.6-metre vessel will be manned by 118 personnel, including 18 officers.

The ship has a landing facility and hangar for an advanced light helicopter.

The AOPV was delivered by Goa Shipyard 25 days ahead of schedule.