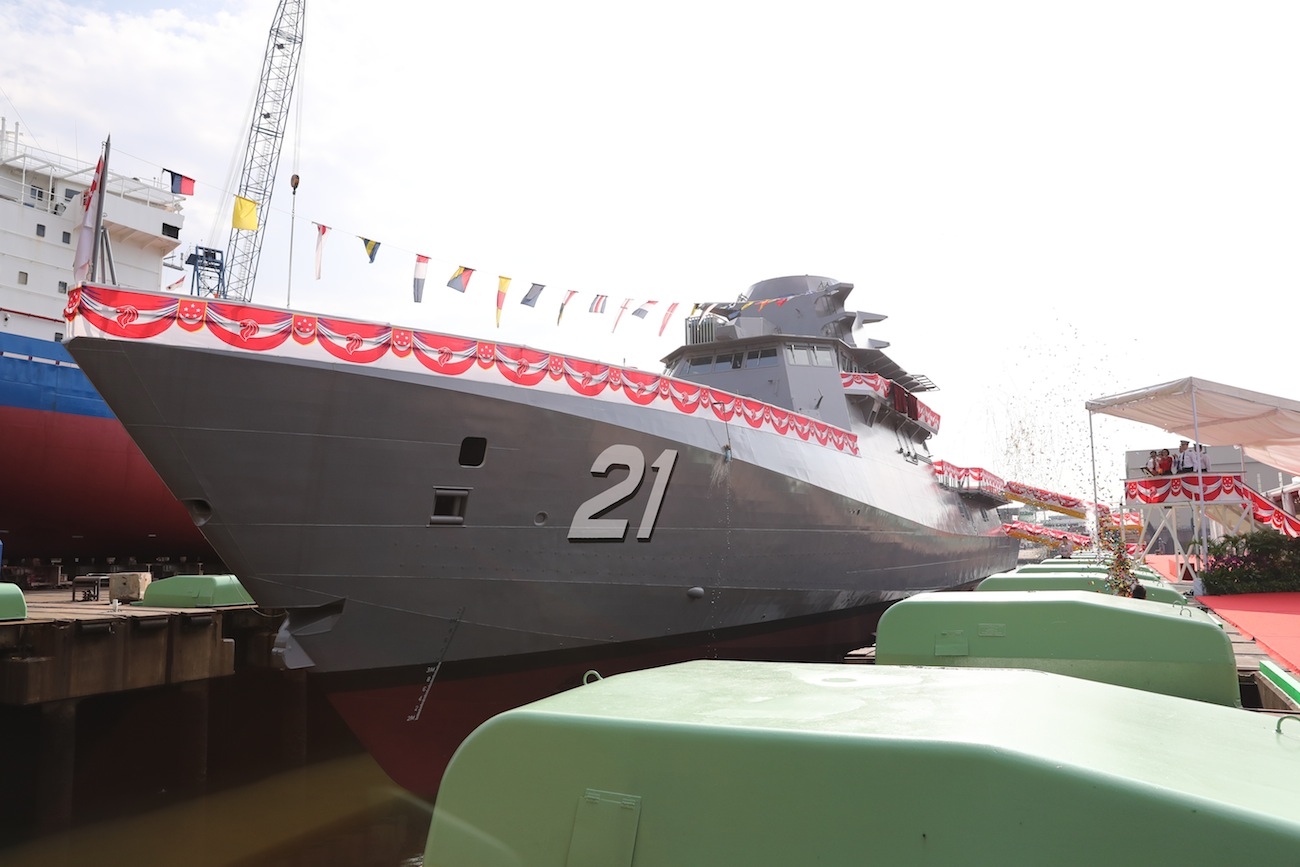 The LMV programme that started in 2013 will replace the RSN’s current fleet of Fearless-class patrol vessels, also designed and built by ST Engineering in the 1990s. The LMVs are 2.5 times larger, and possess better seakeeping capabilities to operate in higher sea state conditions, amongst other attributes.

ST Engineering’s Marine sector has delivered five vessels till date – LMV Independence, LMV Sovereignty, LMV Unity, LMV Justice and LMV Indomitable. The sixth vessel, LMV Fortitude, was launched in March this year, and the keel for the eighth LMV was laid a month after.