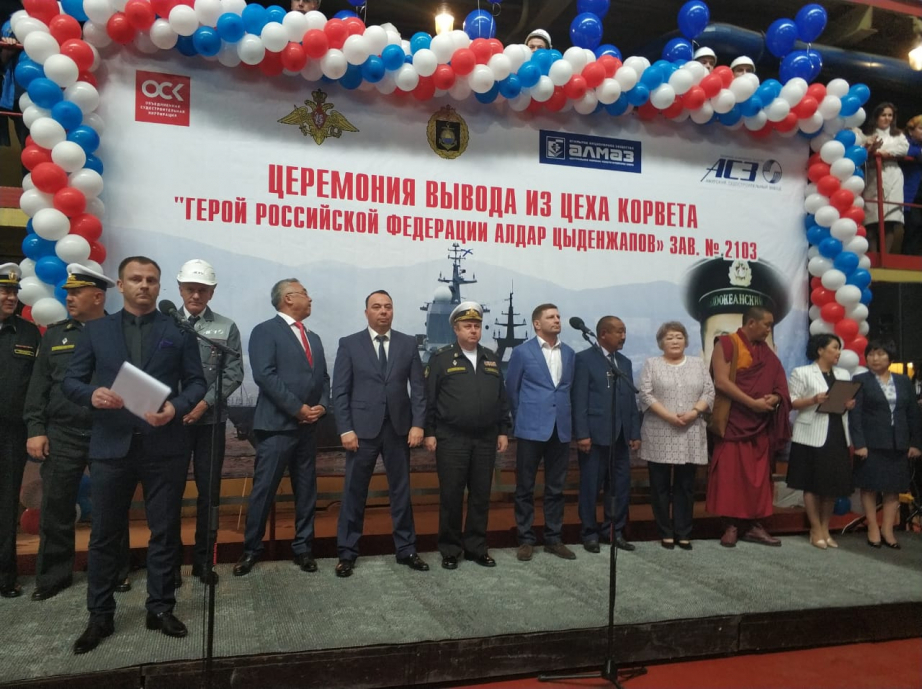 The vessel will be named Geroy Rossiyskoy Federatsii Aldar Tsydenzhapov (“Hero of the Russian Federation Aldar Tsydenzhapov”) in honour of a Russian Navy sailor who was the only fatality of a fire on board the destroyer Bystry on September 28, 2010.

Seaman Aldar Batorovich Tsydenzhapov, then only 19 years old, died of burns he had suffered while attempting to extinguish the blaze that originated in Bystry‘s engine room, thereby saving the lives of 300 other crewmembers and preventing the loss of the ship. He was later posthumously given the Hero of the Russian Federation award, the country’s highest honorary title.