Written by Baird Maritime on January 7, 2020. Posted in Ships (Naval). 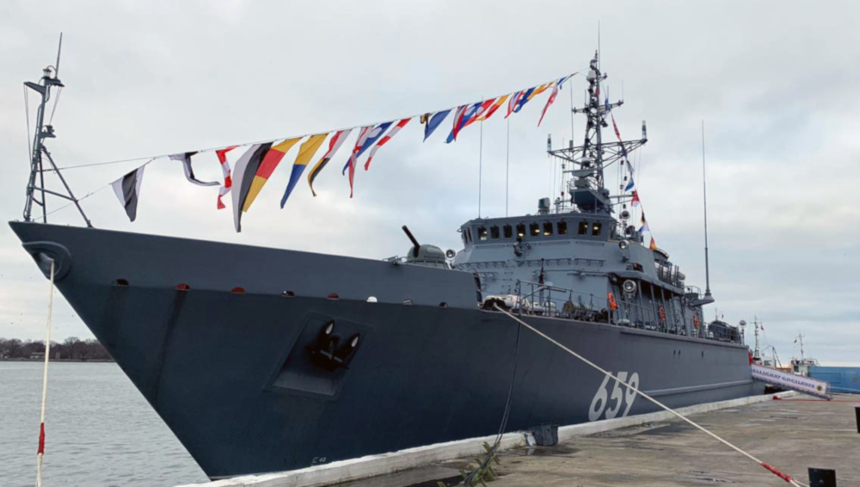 The vessel is designed to deploy mine detection and destruction equipment using unmanned underwater vehicles (UUVs) and unmanned surface vehicles (USVs) but is also armed with a 30-millimetre autocannon and Igla surface-to-air missiles (SAMs) for self-defence.

Vladimir Yemelyanov is the second Project 12700 or Alexandrit-class minesweeper to be assigned to the Black Sea Fleet after sister vessel Ivan Antonov.

Port of Gothenburg to offer shore charging for tankers