Written by Baird Maritime on July 23, 2020. Posted in Search and Rescue, Ships (Naval). 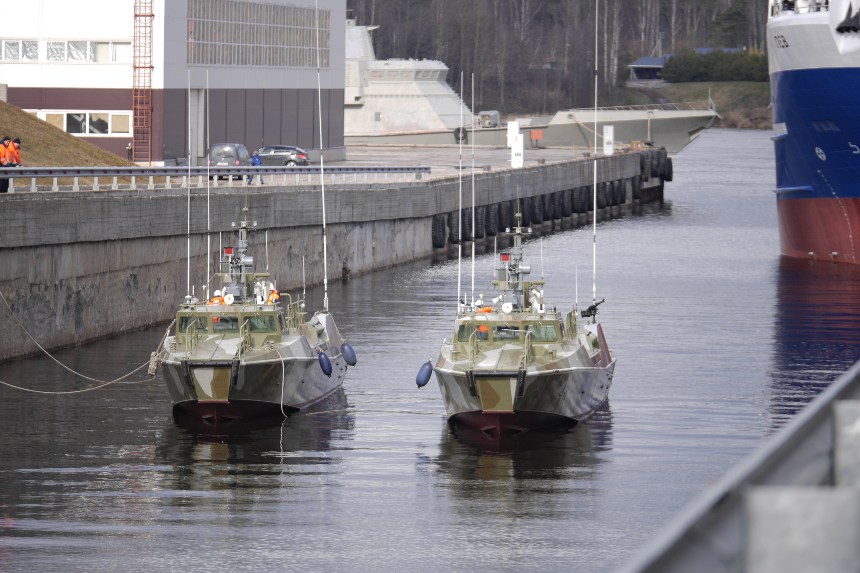 The Russian Navy has commissioned its two newest Project 03160 or Raptor-class patrol boats into service.

The vessels will be used for interceptions, search and rescue (SAR), and limited troop transport. Each has an LOA of 16.9 metres, a beam of 4.1 metres, a draught of 90 centimetres, space for three crew and up to 20 passengers, and two 857kW engines that deliver a maximum speed of 50 knots.

The patrol boats, the 15th and 16th Raptor-class vessels to be built for the Russian Navy by Pella Shipyard, have been assigned to the Baltic Fleet headquartered in Kaliningrad.