Written by The Australian Strategic Policy Institute on August 1, 2018. Posted in Ships (Naval). 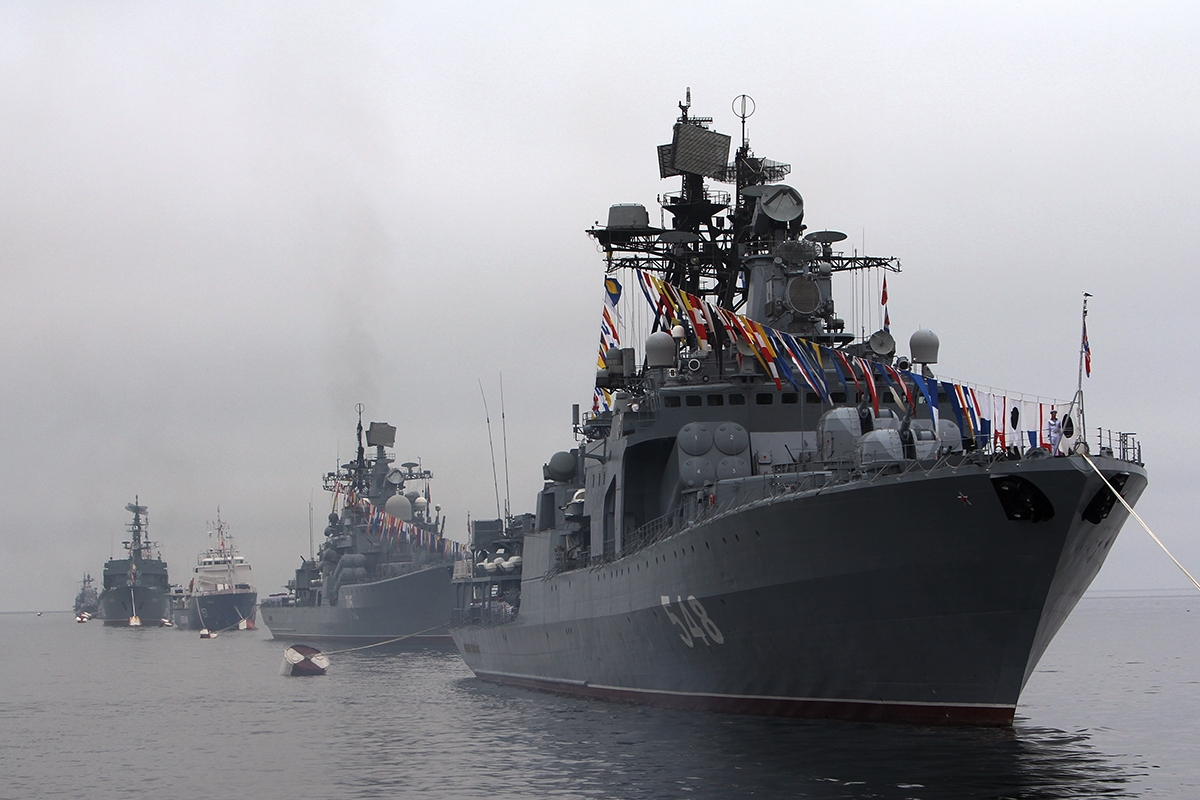 Vladimir Putin unveiled plans to add 26 new warships to the Russian fleet at an event to mark Russia’s Navy Day on July 29.

Four of the vessels will be armed with Kalibr cruise missiles, which were used to deadly effect in the Syrian war. The missiles’ speed, precision and long-range capabilities and their ability to be carried on small vessels lend a distinct advantage.

At the Main Naval Parade in the historical part of the St. Petersburg in the Neva River, and in the oldest naval base of the Russian Navy, Kronstadt, warships of Baltic, Northern and Black Sea fleets as well as the Caspian Flotilla made up the parade line-up.

The parade involved over 40 warships, 38 aircraft of the Naval Air Force, and some 4,000 troops.