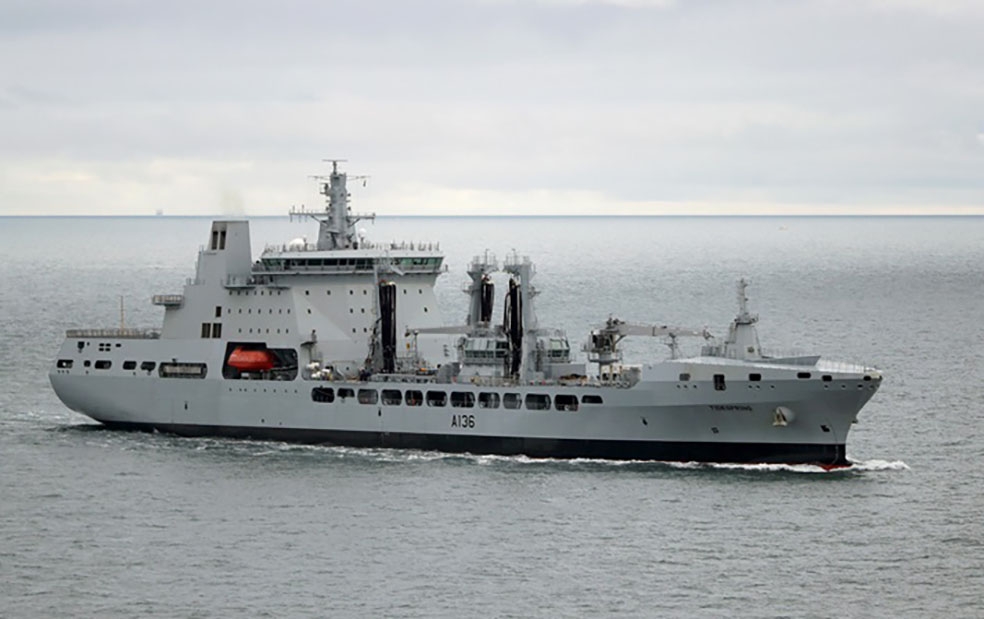 The lead ship in the Royal Fleet Auxiliary’s new tanker fleet, the RFA Tidespring, has arrived in Portsmouth before her November 27 dedication ceremony.

The Royal Navy said the 39,000-tonne tanker would be brought into service by the RFA, which is the civilian-manned fleet of support vessels that provide fuel, food and stores for Royal Navy warships.

The versatile vessel will provide key support to the Queen Elizabeth aircraft carrier.

The Tide-class tankers are replacing the RFA’s ageing single-hulled tankers. Larger than their predecessors and double hulled, they are an advanced capability specifically designed to provide fuel and water to the carriers.

They can also accommodate a Chinook helicopter on their flight decks.

They will undertake a range of maritime operations such as policing shipping lanes and providing humanitarian relief. The ship will predominately be based at Falmouth.