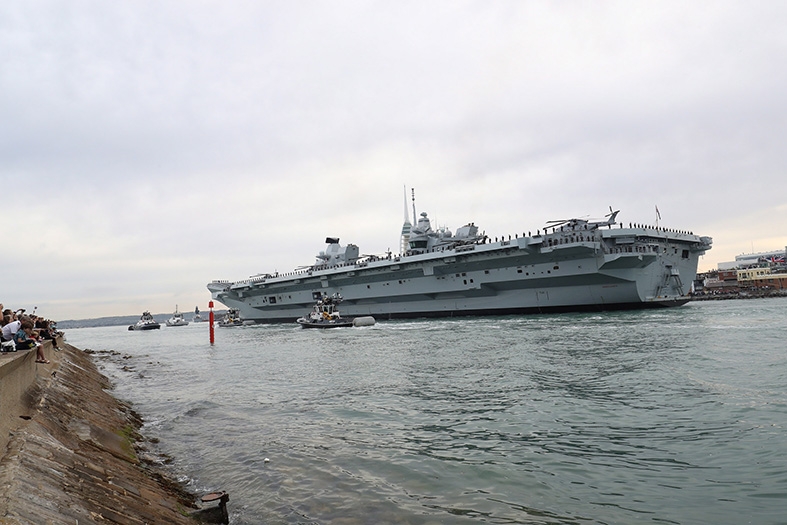 Aircraft carrier HMS Queen Elizabeth has sailed from Portsmouth naval base in England for a month of sea trials before being delivered to the Royal Navy by the end of the year.

The base’s Captain Bill Oliphant said the Royal Navy’s future flag ship had undergone two months of planned maintenance before embarking on its next set of sea trials to test the £3 billion (US$3.9 billion) ship’s capability.

The successful first phase of sea trials, conducted before the maintenance, demonstrated the 65,000-tonne vessel’s power and propulsion systems, platform stability and manoeuvrability.

“She was stable and strong, which is important for aviation operations from an aircraft carrier flight deck”, said Captain Jerry Kyd, acting as Admiralty Trials Master for the Aircraft Carrier Alliance (ACA).“Very quickly we were able to run her at full power and she performed extremely well.”

The next phase of trials will test the ship’s sensors, which include the radar and communications systems; the essential technologies that transform a ship into a complex warship. During this period, the navy will also undertake further propulsion trials and conduct air-flow pattern tests, which demonstrate how air across the flight deck will affect aircraft taking off and landing.

The ship will again be operated by a combined team of Royal Navy and industry colleagues, working together under the ACA banner.