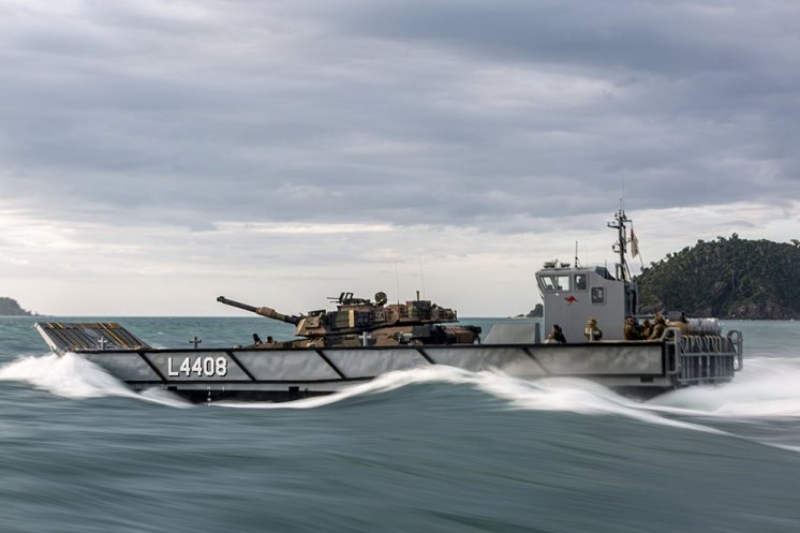 The Royal Australian Navy (RAN) has completed shore loading and unloading trials of one of its LCM-1E-class landing craft following the incorporation of upgrades that allow the vessel to transport much heavier vehicle loads.

The vessel had undergone an engine room modification which increased its carrying capacity from 38 tonnes to greater than 60 tonnes, enabling it to carry heavy tracked vehicles such as those used by the Australian Army.

Over two days, load trials were completed using all the vehicles, operating to and from the beach in ocean conditions up to sea state three.

Work to enable the sea trials included the design and installation of an additional watertight bulkhead in the engine room, as well as scale modelling and testing of the landing craft in various sea states at the Marine Research Institute of the Netherlands (MARIN). This provided the quantitative evidence and confidence needed to progress to the sea phase trials, which were led by the Royal Australian Navy Test and Evaluation Authority.

The modifications are expected to be incorporated on all 12 of the RAN’s LCM-1E vessels, which are used primarily to transport troops and vehicles to and from the Canberra-class landing helicopter dock (LHD) ships.