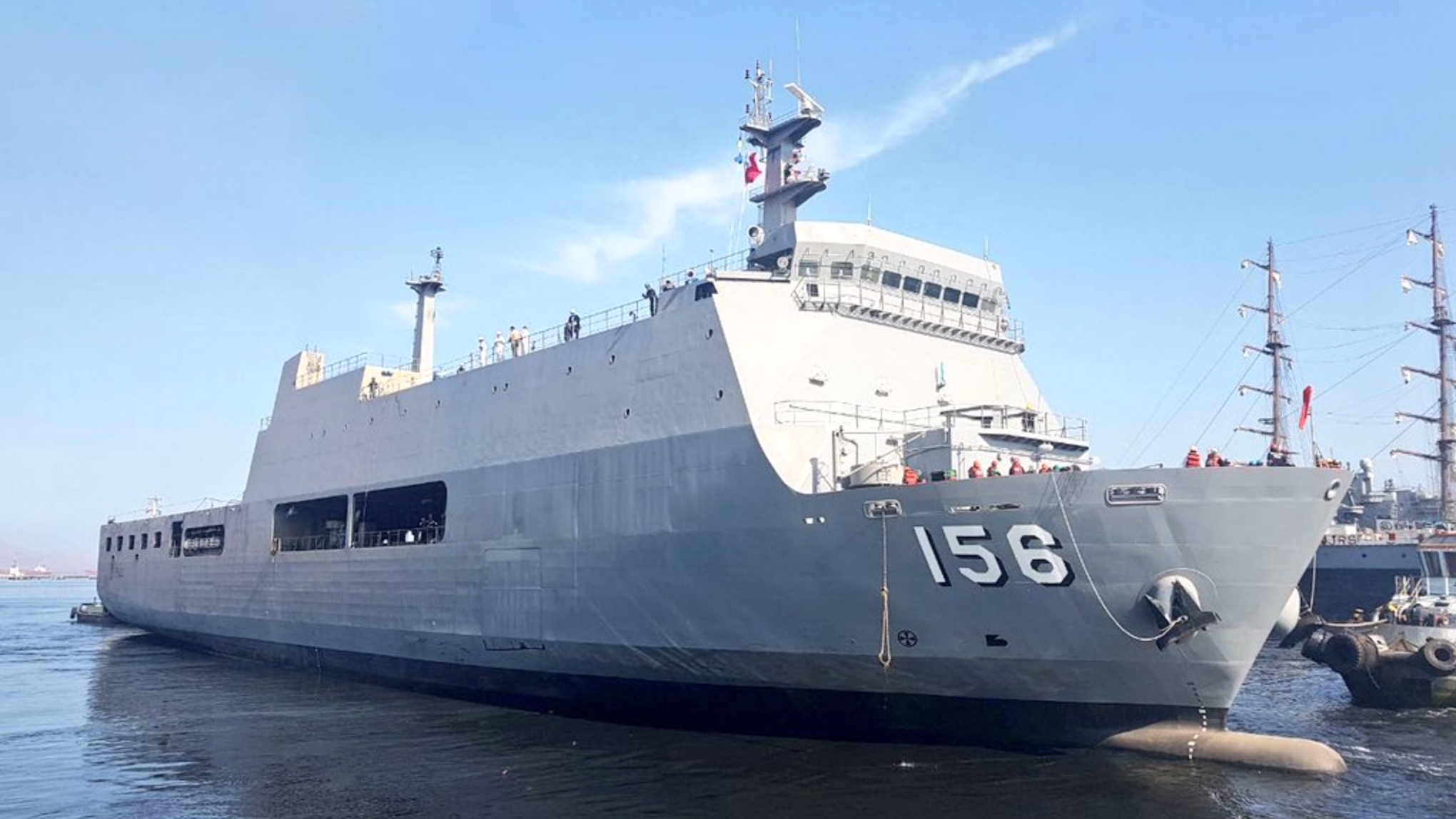 Built at Peruvian state-owned shipyard SIMA (Servicios Industriales de la Marina) in Callao, BAP Pisco is scheduled to be commissioned into Peruvian Navy service by the end of 2018.

The 122-metre BAP Pisco displaces 7,290 tonnes. It features a well deck for deployment of amphibious vehicles and are capable of roll-on/roll-off operations.

Its flight deck can house two Sikorsky Sea King helicopters, which will be deployed for humanitarian aid operations.

A second Peruvian Navy LPD, which was named BAP Paita in a keel-laying ceremony in December, is also under construction.