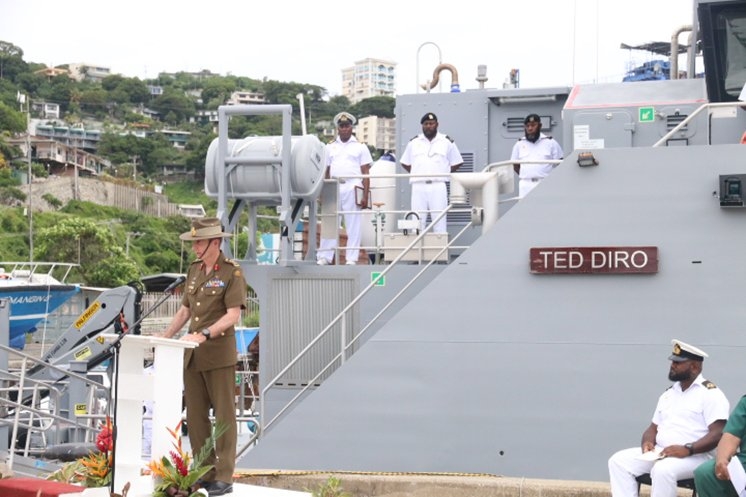 Built by Austal, the vessel is named after Edward Ramu “Ted” Diro, the first commander of the post-independence Papua New Guinea Defence Force.